‘I Remember Feeling Sick To My Stomach’: MSNBC Anchor Alex Witt, On Reporting The Events Of 9/11 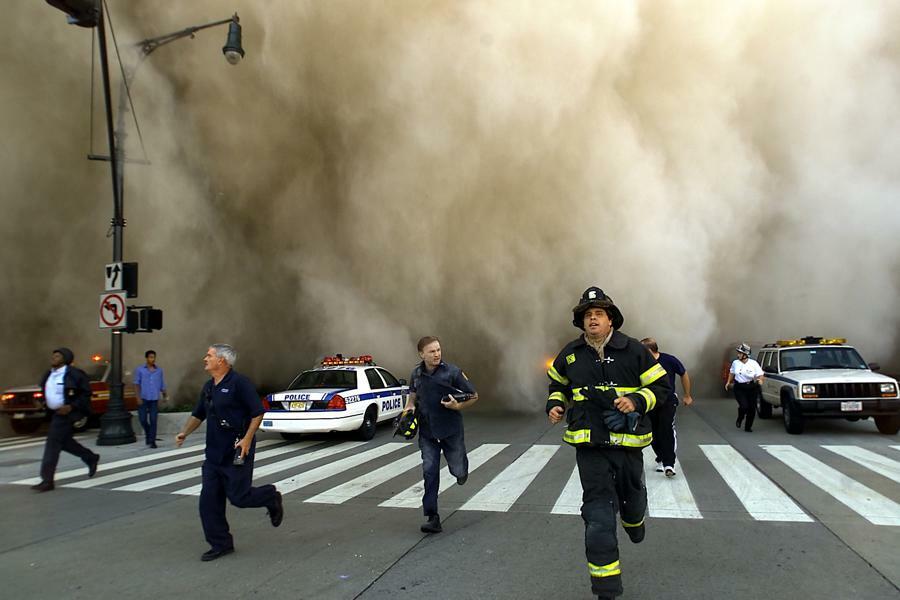 For MSNBC anchor Alex Witt, it was a day that started off like any other day. The weather was perfect, and the morning of September 11, 2001, treated commuters like Witt to a clear blue sky. She was driving into work — to the newsroom in Seacaucus, New Jersey, that MSNBC operated at the time — and listening to the radio when she saw it. The smoke, billowing from that terrible gash in the side of the World Trade Center’s North Tower. And if she didn't realize right away the full extent of the catastrophe that was unfolding in Lower Manhattan, watching the second plane crash into the World Trade Center moments after she got into the newsroom brought everything into stark, horrific relief.

Witt would end up reporting all night from Ground Zero, finally driving home on the morning of the 12th. The George Washington Bridge, her usual conduit between New York and New Jersey, was closed. She drove up the Palisades Parkway to get to the Tappan Zee Bridge so she could cross back into Westchester County. At one point, she called her parents in Los Angles, but couldn’t stop crying. In her rear-view mirror, Manhattan was still bathed in an other-worldly fog of smoke and ash. In between her sobs, to her parents on the other end, she remembers being overcome with grief. “My God, all those people ...”

Which, when you think about it, is still more or less the immediate visceral reaction that most of us still have when we remember 9/11.

The remembrances and commemorations are pouring in ahead of this weekend marking the 20th anniversary of the attacks, which ultimately killed around 3,000 Americans. President Biden on Saturday is visiting all three sites that were attacked on 9/11 — including New York City, the Pentagon, and Shanksville, Pennsylvania. Various broadcasters and streaming platforms, meanwhile, have also lined up some deeply moving look-backs at the day. Some, like Netflix’s five-episode limited series Turning Point: 9/11 and the War on Terror, rely on never-before-seen footage and audio. And, of course, haunting interviews with the people who were there.

For Witt, who shared with me some of what she experienced as a reporter on 9/11, the day changed, for her, everything from the way she approaches her profession to how she would live life thereafter. And, fittingly, she will anchor special coverage to mark 20 years since the 9/11 attacks starting Saturday at 5 a.m. ET on MSNBC.

How did the day start for you? What was your role back then? And what’s the first thing you remember that let you know something was wrong?

My day started on my way to work in Secaucus, where MSNBC was based in 2001. I was driving into work, listening to the radio as usual, and saw the smoke coming from the first impact just as it was first being reported. I knew it was going to be the lead story on the broadcasts, though at the time it was initially believed to be some sort of commuter plane that had hit the (World Trade Center). Moments after I got into the newsroom, the second plane hit and that’s when the significance of the story multiplied exponentially. I was an anchor and reporter at the time, though my anchoring was mostly on overnight shifts, and my reporting was on stories that often hit with updates multiple times throughout the day.

How did you spend the day reporting?

Soon after I got into work, I climbed up the service stairs to the roof of the building where we had a direct view across the Hudson River to the World Trade Center. There was a cameraman already set up, and a field producer, and we watched from there as the towers collapsed. I remember feeling sick to my stomach and utterly horrified as I watched knowing people trapped in the building were losing their lives in that moment. We stayed there for a while after the towers collapsed showing the huge cloud of debris engulfing lower Manhattan. I stayed at MSNBC all day, and I finally went to get some sleep at the nearby Crown Plaza hotel around 10 p.m.

But not 15 minutes after crawling into bed exhausted, I got a call from the NBC News network desk. My colleague Robert Dembo was in charge of domestic operations, and he told me to get back into work. I was to be on the first Path Train when it opened back up at midnight from Secaucus to Herald Square in Manhattan. From there I had to get myself down to Ground Zero. And I was on that train with only two other people including a colleague and a man who looked as shocked as we were heading into the unknown in Manhattan. It was really, really eerie.

Was it hard to keep emotions in check, reporting on a crisis of that magnitude?

I tried to focus on being as professional as I could be, knowing that people around the world were tuning in to get information. There are two specific memories I recall from that first dark overnight from the 11th into the 12th that will never leave me. I cry even today when I think about them.

One was talking with four NYFD firefighters as they were coming off an exhausting shift digging in “The Pile.” I always say we ‘grow them bigger here in NYC.’ Our firefighters have a Herculean feel to them. But these four towering men had eyes that were haunted by what they had seen. I walked alongside them without my cameraman as it seemed like the right thing to not shove a camera in their faces. I asked if they could tell me anything I could report to our viewers. They stayed silent. Then I asked them if they had any hope of pulling any of their colleagues out from the debris. One firefighter stopped and looked at me and said, “Lady, all we’ve got is hope.” I asked if there was anything I could do for them. The firefighter looked so vulnerable, like he had been to hell and back, and said, “I could use a hug.” So hug all four of them I did. All of us needed to be reminded we were alive, despite the destruction and despair around us, and show in that moment that we were in this together. We never said another word. I left them there as they walked in silence to their shuttle back to the fire house somewhere up the road.

My other profound memory is seeing dozens of doctors, nurses, and medical personnel wearing their scrubs or white coats and their protective eye shields. They were lined up near the West Side Highway overlooking “The Pile,” waiting to spring into action to help anyone who got rescued. They stoically stood there all night. No one was ever brought out to them.

How did that day change you as a journalist?

I think my experience at Ground Zero made me truly understand the fragility of life for the first time. Witnessing first-hand how everything can change in an instant. And learning to observe and listen to the stories people tell as carefully as possible because one never fully knows what another person has lived through, or the cumulative story they bring to an interview with me. I knew there would be a ripple effect of survivors from 9/11, many of whom would be forever shaped by this tragedy. I’d like to think 9/11 taught me to never take the gift of life for granted, and channel that into being a more sensitive and thoughtful journalist in my career.