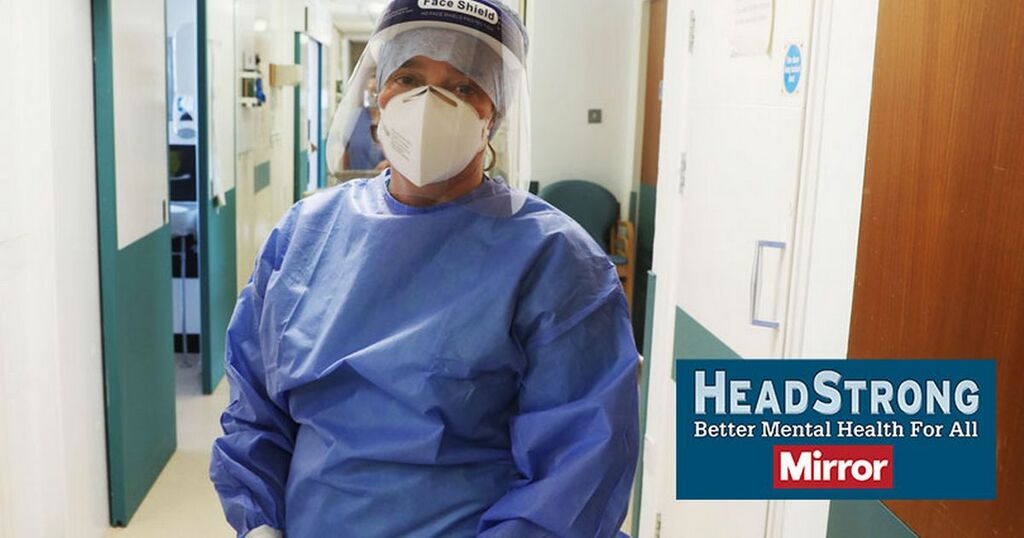 "There’s something about being a doctor that makes you believe you’re superhuman. That’s why it’s hard for us to seek help, even when we know things aren’t right.

We’re highly-driven people and don’t like to accept that we’re not as strong as our colleagues, and admitting you’re having mental health issues is like admitting a weakness or failure. Being a doctor is not just a job, it’s an identity, so there’s a real fear of what it means if you think you can’t do your job. It’s like opening the floodgates.

As an intensive care consultant I was really at the sharp end of the Covid deaths. I went into hero mode during the peak, working all hours leading our hospital’s response to the pandemic on top of the distressing work in charge of the ICU.

We’re a small general hospital and would normally have around three intensive care patients. During Covid that went up to 11, and we have to physically move the ICU into the operating theatres and recovery rooms.

Families are normally a big part of intensive care, but they weren’t allowed to visit, only when the patient was dying. That was awful and we felt like we had to replace that role and be their families too, while at the same time speaking to these really distressed families on the phone who couldn’t be there and couldn’t understand what was going on.

We were dealing with a disease we’d never seen before which did some horrible things to people. The treatment, too, caused a lot of distress. We had to turn people onto their front, and they had no families there, it’s almost like it dehumanises people.

The phone calls were the hardest part. I was the one who had to make the decision that enough’s enough, and that’s a very difficult phone call to make to families. Often the patient died before you could do any of that.

We did the best we could for every patient that came through the door, but we were not working with the right staffing, we were in an environment that wasn’t designed for what we were doing, and there were shortages of PPE and equipment. We only got ventilators in May, instead having to use theatre ventilators which aren’t designed for continuous usage.

The pressure took its toll and, once the peak was over, I started to feel very negative about getting back to normal. I was very short tempered, at home and with managers at work, and I increasingly isolated myself from people I love at home and friends at work - the people who normally kept me sane in a very stressful job that I’d done for years.

As I cut myself off more I started to want to disappear permanently, until I was having suicidal thoughts pretty much all the time. I was getting on with my job and no-one would have known.

It was a manager at work who first opened the conversation, a very friendly and supportive chat when he suggested I needed to take some time off.

I knew things weren’t right but I didn’t want to go off sick, because I knew all my colleagues were overloaded and I didn’t want to overload them more. But that prompted me to seek help, and although it was a big decision, but it was also a big relief, like a lightbulb moment.

I sought help from the NHS practitioner help programme, who signed me off sick immediately. A GP put me on antidepressants. I didn’t argue - I’d reached rock bottom and I was just desperate to feel better. I just wanted someone to take over my care and tell me what to do.

I was off for three months, but it took three more months to get back to my work pattern, and it’s taken a year for me to start to feel like my normal self.

As I got better I started to do my own rehab plan. I took up wild swimming, spent a lot of time in nature and with animals, started an art course. In the beginning it was just rest, I gave myself permission to not do much at all.

I don’t feel like a failure, I feel like a survivor. You have Covid patients who nearly died but got through it, and I have my own pandemic survival story too. The key lesson I learned was that I needed to put on my own oxygen mask first, I need to look after myself in order to properly care for others.

The experience has helped me see the warning signs in others, and I’m seeing a lot of doctors who are struggling. Often they are subtle changes, they don’t seem themselves, they turn up to work and don’t talk to anyone, they have a shorter temper. It took a while to build my confidence up but I now talk openly about my mental health issues, and that often prompts others to think about whether they are alright or not too.

I know of three suicides of doctors in the last six months, all anaesthetists in intensive care wards. Unlike other hospital staff, doctors don’t have line managers who might notice problems. We hide it from our colleagues, patients and families and let it get really bad, but don’t seek help. Just like everyone else, we need to get over the stigma of mental health, the fear that your career might be affected if you ask for help, and know that it’s OK to not be OK."