‘I pluck the hair from my scalp like a trophy’: Living with trichotillomania 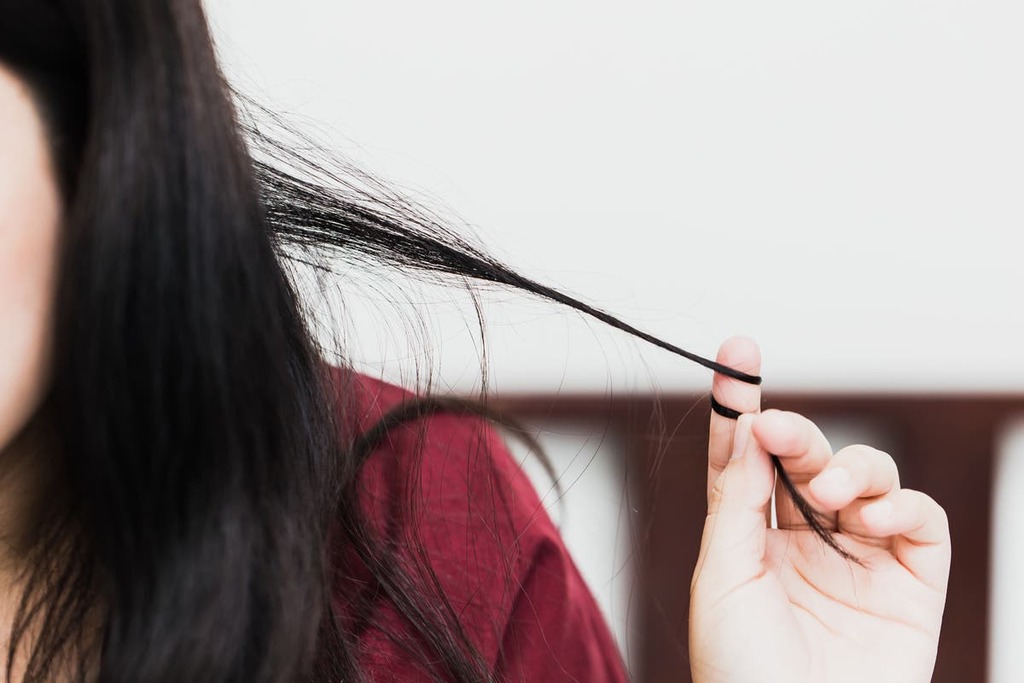 A year into the coronavirus pandemic, I finally stepped foot inside a hair salon. As the stylist fiddled around with my messy, greying hair he noted an area of baldness. “Don’t worry,” he said, knowing I’d recently given birth to my second child, “many women experience postnatal hair loss, it’ll come back soon.” I nodded along, allowing him to believe his mistake.

I knew what had really caused my hair to thin in patches: I was pulling it out myself.

Since the age of 11, I have lived with a condition called trichotillomania. Characterised by the compulsive pulling of body hair, either hair from the scalp (that’s me) or eyelashes and eyebrows, it is a form of obsessive compulsive disorder (OCD) often first triggered during puberty and exacerbated by anxiety. It is estimated that one in 50 people live with the condition, although many are undiagnosed and pulling in secret.

Like many living with “trich”, my worst years were during my teens. Back then I struggled to understand and control my behaviour. I couldn’t explain why I was doing it, apart from feeling a vague tingling in the scalp in the area that I wanted to pull from and an urge that was impossible to resist. Often, I didn’t even realise I had pulled hair out until it was too late, a pile of discarded strands on the floor next to the sofa.

Unlike other forms of OCD, hair pulling is not preceded by negative or anxious thought patterns. “There is no thought with trichotillomania,” psychotherapist Louise Watson tells The Independent. “There are thoughts around it, such as finding the right hair [to pull], the perfectionist trait, and there is an urge. But a lot of it happens outside conscious thought.”

My pulling left huge bald patches and I also suffered through the inevitable classroom bullying as a result. I was correctly diagnosed at the time but, this being the mid-1990s, I was never offered any therapy. Instead, I focused on controlling the behaviour and by age 16 had a full head of hair again.

But the urge to pull has never left me. As an adult I managed, with effort, to limit it to a few hairs a day and so nobody was ever the wiser. Then I fell pregnant during the pandemic. As my anxieties increased and the distraction of the outside world fell away, I slipped back into old habits. Now I have visible patches that I’m fighting to get under control.

Daisy Penman, a 22-year-old social media manager, started pulling her hair at age 12. “I would do it absentmindedly while watching TV and didn’t think anything of it until my mum mentioned it,” she tells me. “I wanted to explain how good it felt, but then realised that it wasn’t a normal thing to do. After that I forced myself to resist the urge to pull until I was alone and that’s what I’ve done ever since.”

But when lockdown started, Penman found she was pulling more often. She found the repetitive movements comforting and compelling. “I like finding coarse hairs on my scalp, usually close to my parting or the crown of my head, and repetitively running them through my thumb and index finger. If I find a particularly bumpy hair, I will pluck it from my scalp like a trophy. I get anxious when I can’t find any coarse hairs and hate the feeling of smooth hair in my pulling sessions.”

Eventually Penman had to ask her partner to help her resist. “It was only after being with him during lockdown that I realised how much of a problem it had become. We decided that him gently taking my hands and holding them when he notices it is a kind way to remind me to stop and it seems to be effective.”

The pandemic prompted a national mental health crisis, with a sudden massive disruption to working and personal lives, the anxiety around catching and transmitting the virus, and the pressure cooker experience of family life in lockdown all taking their toll.

By 2021, more than 11 million jobs had been placed on furlough, leaving working adults at a loose end. During the height of the first lockdown in 2020, one in five adults experienced symptoms of depression, according to the Office for National Statistics. A year on, one in six are still suffering.

Younger adults and women were also most likely to be affected, with one in three women aged 16-29 reporting experiencing depression in 2021. Disabled and clinically extremely vulnerable adults also found their mental health more precarious during the pandemic

Dr Joanna Silver, a therapist and counselling psychologist at the Nightingale Hospital in London, explains that for people managing compulsive behaviours, a sudden change in routine can disrupt the strategies they have and cause a relapse.

“The cause of this is usually not some great trauma. It can be a form of self-soothing – for a lot of people it’s relaxing, so it makes sense that people return to it if it’s a way of comforting themselves at a time of anxiety,” she explains.

For charity worker Jessica*, 30, it was her partner’s job as a doctor during Covid that triggered her condition again. Jessica developed trichotillomania as a teenager, plucking her eyebrows to the point where she had large gaps. But, she says, “before the pandemic, I hadn’t struggled with compulsive pulling for a couple of years thanks to a happy relationship, a stable well-balanced job, and a nice place to live near friends. My eyebrows had grown back thick and full, which I was really pleased with.” But watching her partner leave to work long shifts on Covid wards took its toll, she returned to old habits as a way of managing her rising anxiety.

“Long periods sat around without much to distract my hands is a recipe for disaster,” Jessica tells The Independent. “Inevitably when the pandemic hit, I began pulling again, usually at night in front of the TV when I didn’t have anything to do with my hands. It has been consistently bad ever since.”

Dr Silver says the “checks and balances” that may have put limits on pulling or picking – such as being at work and out in the public eye – also fell away with lockdown, leaving sufferers unwatched and able to drop into the “zone” in which compulsive behaviours, which also includes disorders such as skin picking and binge eating, are often carried out.

Before the pandemic, Sarah*, a 37-year-old publishing executive who began pulling out her eyelashes and eyebrows aged eight, found setting herself a target and being out in public helped her take control of her pulling. In 2019, after three decades of leaving her eyes and eyebrows hairless, she finally managed to stop. “I was so happy,” she says.” It made such a difference. I went swimming. I was able to go places without make-up.”

But the switch to working from home and the decision to move back in with her parents to manage the isolation of lockdown undid all her hard work. “The pandemic came along and in the space of a week I ripped it all out. It felt terrible.”

Sarah has since been diagnosed with depression and anxiety and believes that managing her underlying mental health issues may help her regain control of her pulling once again – even though the fear of failure is putting her off making another attempt. “The stakes are too high. Once you’ve got a full set [of eyebrows] it’s devastating to go back to nothing.” She’s now considering getting professional help.

Louise Watson, who specialises in trichotillomania, says it’s important to select a therapist who understands the condition. Traditional cognitive behavioural therapy often doesn’t work because it’s impossible to notice and list the thoughts that precede an unconscious behaviour. “It’s a different treatment approach,” she says, with three goals: to increase awareness of the behaviour and the triggers for it, to reduce overall tension in the body as stress can exacerbate it, and come up with a “competing response”, such as using a fiddle toy to keep the hands busy when watching TV.

Sarah says she hadn’t considered reaching out before as she knew NHS services were oversubscribed and while the condition can cause frustration and issues with self-esteem, it is not linked to extreme mental health deterioration or suicide. But now she recognises that addressing her underlying anxious traits as well as the pulling may increase her happiness and help get her life and work back on track as the pandemic eases.

As for me, I’ve never sought professional help. Partly because talking to a therapist means I’ll have to admit that at almost 40 I still haven’t conquered it. But I have also come to accept I will never lose the urge to pull entirely.

But now it’s snowballed, I need to look at new ways of managing my urges. I’ve noticed that my particular triggers are watching TV alone and reading a book - both times when I enter the “zone” and can start pulling unconsciously. I make sure I’m more aware of what I’m doing physically during these times. I’ve also managed to recognise the physical tingling sensation I feel that causes the urge to pull and have learned to acknowledge it and notice how long it lasts. Eventually, if I don’t pull, it does go away.

On Dr Silver’s suggestion, I’ve also confided in my husband. He knows about my trichotillomania but didn’t realise how bad it had become in recent months. I’ve given him more information about the condition, and he’s helping me spot when I’m pulling without realising.

Suddenly I realise that for the first time in a year I’ve managed to go a few days without pulling. With these new strategies in place, I’m finally hopeful I’ll be able to put this setback behind me.

*Some names have been changed