Early Tuesday evening, a fairly standard email from Downing Street arrives. The prime minister has had a phone call with President Trump.

“The Prime Minister spoke to President Trump this afternoon and updated him on the outcome of the UK’s telecoms supply chain review,” it says.

“The Prime Minister underlined the importance of like-minded countries working together to diversify the market and break the dominance of a small number of companies.”

And that, essentially, is it. One has to laugh at those words now. “Updated him on the outcome of the UK’s telecoms supply chain review”. This, we now know, is an “update” on Boris Johnson’s decision to say yes to Huawei, and that ended with apoplectic rage and the president slamming down the phone on the prime minister.

Well, I say we now know – we can’t know for sure. When asked about the subject, all that the prime minister’s official spokespeople will do is “refer you back” to the details of the phone call. In other words, the two sentences above, that were written to conceal Trump’s apoplexy.

So we can’t know for sure exactly what was said. The only people who do are those on the call – Donald Trump, Boris Johnson, and the Chinese secret service.

Dominic Cummings, of course, will be especially annoyed. He really doesn’t like it when people leak stuff about his government to the newspapers. So much so that he has, we are told, recruited spies in Westminster restaurants to grass up Downing Street staff lunching with journalists.

That would certainly explain why Cummings ostentatiously walked in to Downing Street earlier this week, waggling a large hardback copy of a new book called Chinese Spies for the benefit of the waiting photographers. Just letting the world’s most ubiquitous secret intelligence agency know that he’s on to them. They’ll be thinking twice about where they go for the next plate of dim sum, that’s for sure.

The Huawei story poses epistemological problems for all of us, as it smashes through multiple walls of confirmation bias all at the same time. Everyone, without exception, is guilty of receiving the news and gently, subconsciously even, moulding it one’s head to fit our preferred view of the world.

So what are you meant to think when a British prime minister stands up to a bullying, universally loathed president of the United States? For many of us, Boris Johnson is simply not the guy we want to be having a Hugh Grant-off-Love Actually moment.

Then, one has to consider the quite stunning range of people that think Boris Johnson has got it hopelessly wrong on Huawei. Who else but he could have united Donald Trump and Ai Weiwei? The Chinese artist and occasional political prisoner has said the UK will “live to regret” letting China into its communications network. China, he said, “is a monster”.

Even more troublingly, we might have to concede that Donald Trump might not be a complete idiot. Who do we trust on questions of infrastructure? It’s not merely that large numbers of sensible Tories like Damian Green and Tom Tugendhat think it’s a terrible idea.

It also can’t necessarily be ignored that for his many, many faults, there are nevertheless many, many tall buildings all around the world with the word “Trump” emblazoned on them in very large letters. Johnson, meanwhile, has a record on these kind of things that extends to quite possibly the world’s most misconceived bus; an athletics stadium turned football stadium that haemorrhages cash and always will; the garden bridge that was never built; and the east London cable car to nowhere. I could go on.

Is it perhaps possible that when you’ve got Donald Trump screaming at you, telling you you’ve made a terrible mistake, and no one less than Ai Weiwei agreeing with him, that you might have got it wrong?

The answer is obviously, yes. But like so many big decisions in this woeful era, it’s too late now. We’ll just have to try and manage the consequences. 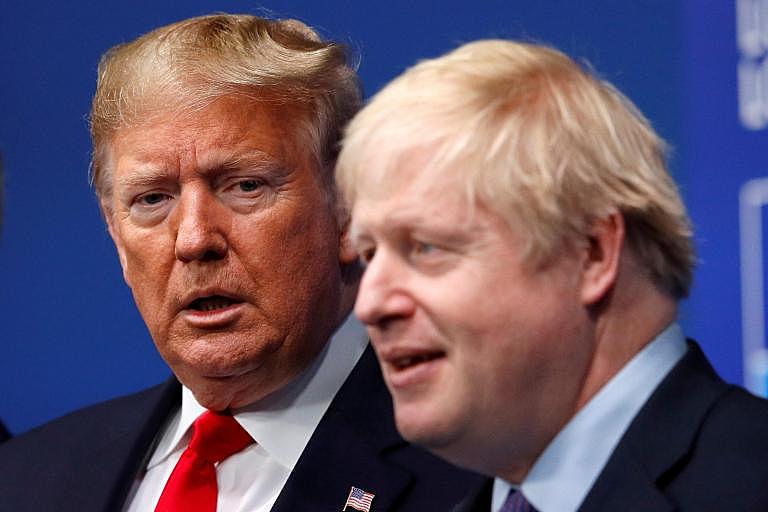 Evening Standard
From analysis to the latest developments in health, read the most diverse news in one place.
Donald Trump 'flew into apoplectic rage' at Boris Johnson over Huawei deal

The Guardian - UK
One place to find news on any topic, from hundreds of sites.
Tory MPs turn on Boris Johnson over Huawei involvement in 5G network