'I'm in love!' - Chelsea fans say the same thing after what Thiago Silva did vs Aston Villa 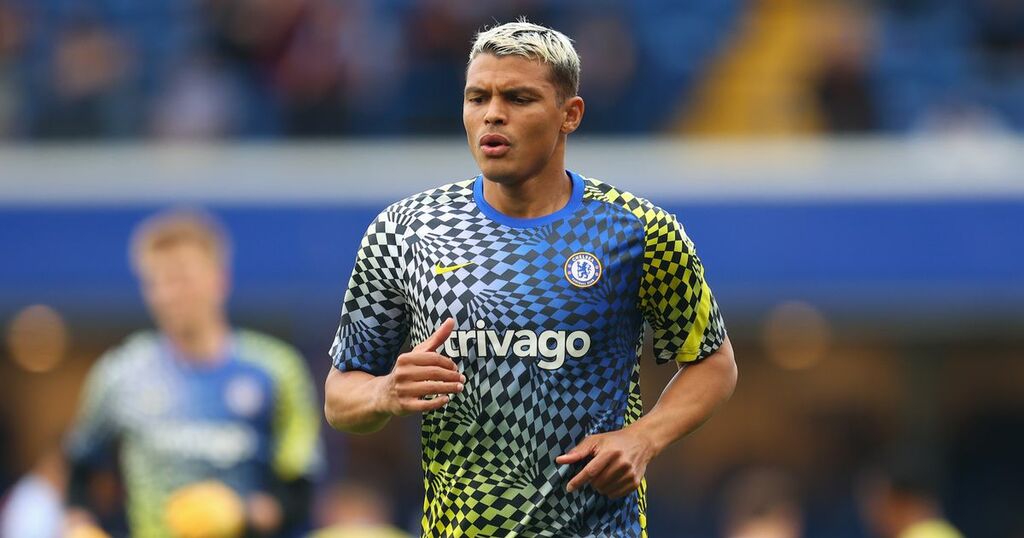 Chelsea supporters have been reacting to what Thiago Silva did in the first-half of their Premier League clash with Aston Villa.

The Blues took the lead on 15 minutes as Romelu Lukaku capped off his second home debut with a fine finish, scoring his second goal since making the £97.5million move back to Stamford Bridge last month.

However, Villa came very close to levelling the match not too long after, with Ollie Watkins running through on goal, rounding Edouard Mendy, but his shot was fantastically blocked by Thiago Silva.

The Brazil defender, whose place in the Chelsea squad was under serious doubt because of his country's initial desire to induct the five-day rule, slid in front of Watkins and denied the England striker from making it 1-1.

Now, Chelsea supporters have reacted to what Silva did and it's fair to say, they love what they witnessed.

Silva signed a contract extension at Chelsea over the summer, with the 36-year-old defender's new deal running until 2022.

As he was under Frank Lampard, the centre-back is a key player under Thomas Tuchel, who he reunited with in January, after their spell at Paris Saint-Germain, following the German's appointment in west London.

Speaking on once again working with Tuchel, Silva told the Chelsea website : "It was a really unique week for me, different to anything I’ve previously experienced, because when managers have changed before, the incoming coach has never been someone I’ve already worked with, who I already have such a good relationship with.

"I had two unbelievable years with Thomas Tuchel in Paris, including getting to the final of the Champions League.

"That was a really great year for everyone at PSG. So it’s a special moment for me with his arrival here.

"Before it’s always been new managers who I’ve not worked with before.

"So I’m left with mixed feelings. You still feel sad to see the manager leave, there’s no way around that.

"Sadness for one, happiness for the other. I have a really good relationship and get on well with them both. But life has to go on and we have to turn our results around.

"I hope that Tuchel can improve us in every aspect and that we start to pick up better results.

"With all due respect to the teams around us, mid-table isn’t good enough; we need to be fighting further up the league."