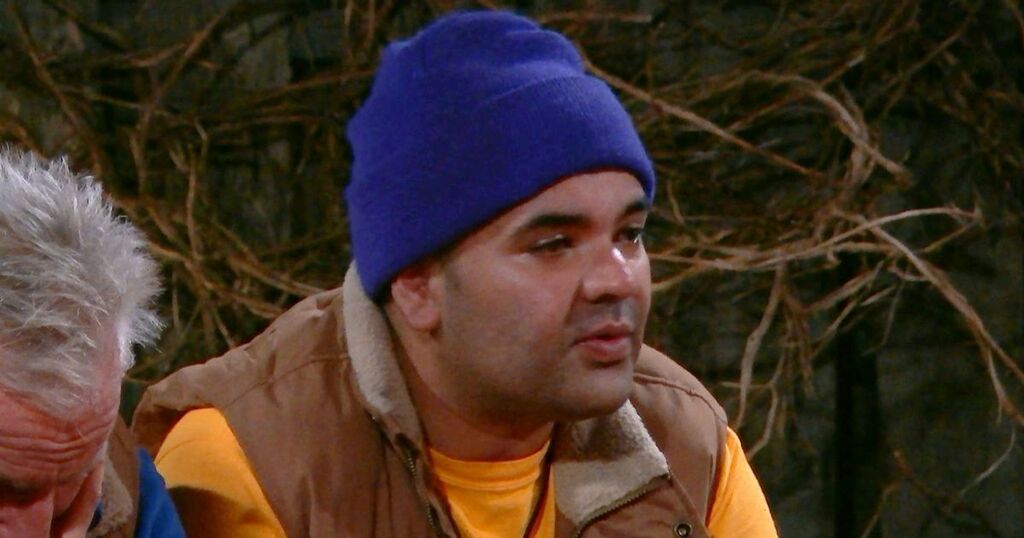 I'm A Celebrity hasn't got off to the best start for Naughty Boy.

The DJ and producer was seen during Tuesday night's episode contemplating quitting the show after 72 hours.

Naughty Boy made his debut on the ITV reality show on Sunday night as one of ten celebrities heading to Gwrych Castle.

But the 36-year-old, along with Danny Miller, Dame Arlene Phillips, David Ginola and Richard Madeley has been living in the Castle Clink since arriving the first night.

READ MORE: I'm A Celebrity's Danny Miller has a famous dad and you may not realise

After being split into two teams, the yellow team failed to win the initial challenges aired during the first episode on Sunday night which meant they had to take the even less luxurious option.

During last night's episode, viewers saw Naughty Boy and David take on a mini challenge to win a treat for their campmates

They faced Frankie Bridge and Kadeena Cox from the main camp but sadly lost, seeing their biscuits plunge into water.

It was then revealed that Naughty Boy had been chosen by the main camp to face Snoochie Shy in the latest trial, Treacherous Traps.

He was upset that he had been chosen, thinking they thought of him as the "weakest link."

But as his fellow stars tried to console him and give him a confidence boost, he snapped and said it "wasn't helping".

After losing the trial, Naughty Boy said didn't want to join with the other camp after what he had been put through.

Ant and Dec revealed at the end of the episode that the pair did move to the main camp for a "confrontation" with their other campmates.

However, after receiving criticism online from I'm A Celeb viewers, Naughty Boy's family have spoken out in his defence.

"This! If only everyone knew what he's battling on the outside world," they tweeted from Naughty Boy's official Twitter account.

"His mum (my nan) is battling dementia and he has been taking care of her for the last 5 years. This is the first time he has left her to do something life-changing! He is just overwhelmed and he will be fine."

It came in response to a viewer, @DanRavenscroft9, who tweeted: "I've got to be honest, I'm not comfortable with the reaction to Naughty Boy on here. To me, it appears like he has some deep rooted issues with himself and may not be mentally prepared to deal with the show and the failure. #ImACeleb

"In a world where so many say to 'be kind' and so much focus on mental health and changing the stigma around men and depression/anxiety, the reaction and comments towards Naughty Boy are disappointing to say the least. #ImACeleb."

Naughty Boy's family also tweeted: "For real, everyone loses their patience from time to time and it’s difficult when he’s in a vulnerable position too. Easy to judge on the outside when he is going through a whirlwind of emotions... we are all rooting for him #ImACeleb."