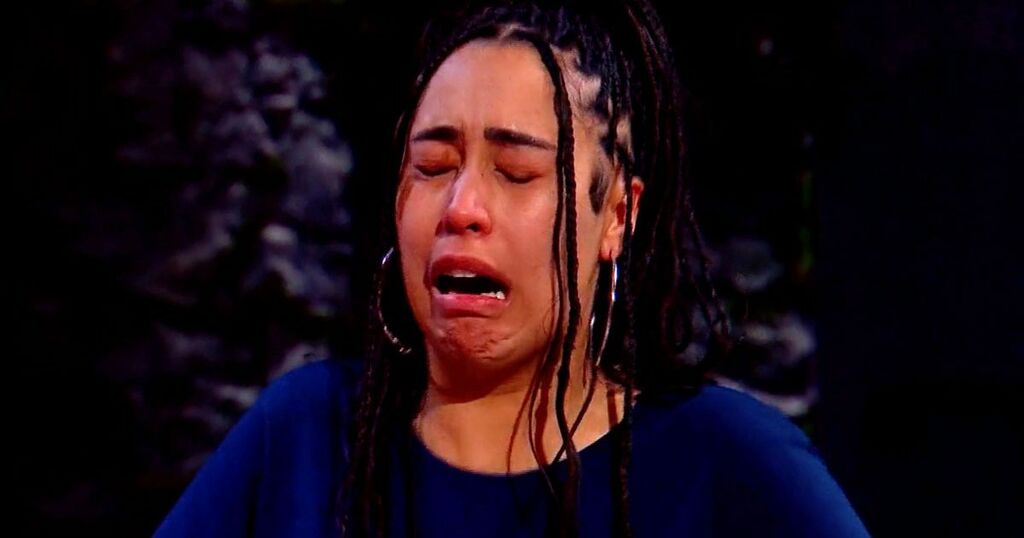 I'm A Celebrity... Get Me Out Of Here! star Snoochie Shy will be left in tears on Monday's episode as she tackles her first proper trial.

A new teaser clip released by ITV confirms that the radio presenter will go head-to-head with actor Danny Miller in the castle's Dreaded Diner challenge.

The 46-second clip sees hosts Ant McPartlin and Declan Donnelly tell Snoochie: "'Let's move on to you, let's see what your next dish is."

As a burger container is placed in front of Snoochie, she begins to open it and screams in horror as she sees an object staring back at her.

Jumping up from her chair, Snoochie continues to squeal as she holds her hands over her mouth and admits: "What the hell! I'm actually crying!"

As Ant and Dec attempt to calm her down, former Emmerdale star Danny looks horrified.

Ant is heard telling them: "It's called a Sneeze Burger, take the bun off and I'll tell you."

Snoochie attempts to look at the snack again and then screams: "A cow's nose!"

Ant and Dec can't stop laughing at Snoochie's reaction and tell viewers: "If you've just tuned in, I suggest you turn back over again!"

I’m A Celebrity…Get Me Out Of Here! continues Monday 22 November at 9pm on ITV and ITV Hub.