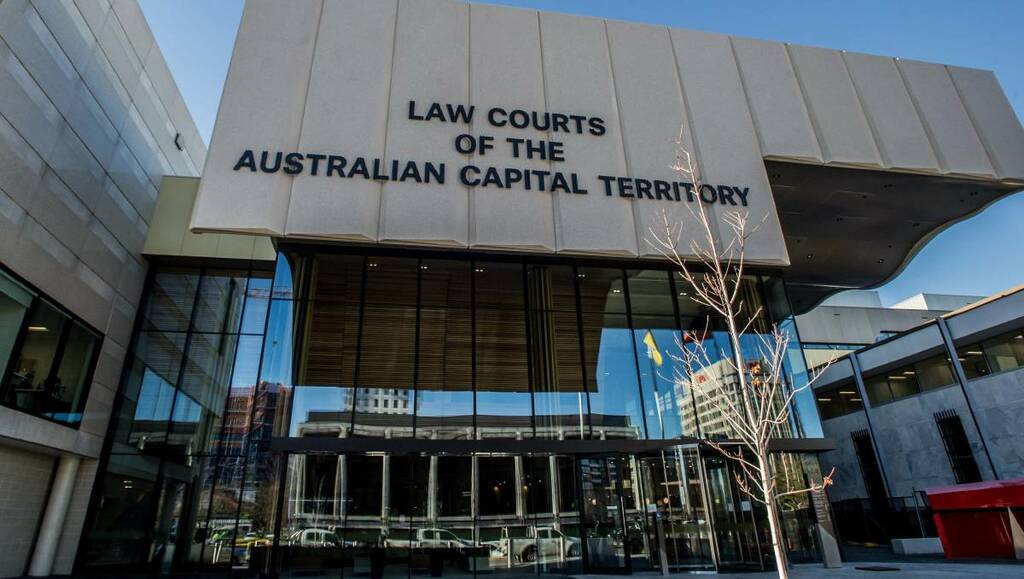 A woman bashed to the head with a heavy torch, leaving her with deep wounds needing five stitches, before she escaped onto the streets with her face covered in blood screaming for help has told her perpetrator, a former lover, that she would be friends with him "until I die".

The offender, who is not identified to protect the victim's identity, was sentenced in the ACT Magistrates Court on Tuesday to 38 months jail after pleading guilty to assault occasioning actual bodily harm and breaching a family violence order.

He also admitted to burglary in an unrelated incident.

The court heard that about midday on November 2 last year, the offender, in his 40s, opened a sliding door into the victim's Florey home, where he had occasionally stayed during their relationship, before the pair argued.

It triggered the offender to pick up an aluminium torch weighing about 1.1kg and struck her in the forehead.

They wrestled and she tried to protect herself in her bedroom only for him to use the torch to hit her again, with blood spattering on the bed and curtains, and demanding to know where his things were.

The assault continued into the lounge room where he punched her and kicked her in the guts.

"If I don't find all my things then watch out, I'll put a bullet in you," he told her.

There was another physical tussle near the front door before she managed to escape his grip, running with a blood-covered face along the streets calling for help.

She was taken to Canberra Hospital, sustaining deep wounds to her forehead, as well as other facial injuries and bruises in other parts of her body.

The court heard that the assault charge was rolled up and encompassed numerous other charges.

The offender was already placed on a family violence order that prohibited him from visiting her premises.

While she did not tender an impact statement, the victim told the court she apologised "to my dearest friend for antagonising him that day".

"It wasn't the right way to go about it," she said.

"I don't look at myself in the mirror too much, so I don't see the damage.

"My mother would say otherwise ... but I had a scar from here when I was young as well."

The victim said she did not want to lose friends and can only hope for forgiveness.

Magistrate Beth Campbell read the offender's letter to the court, which included him being kicked out of home at 11 years of age after his father died and his mother's new partner was abusive to him.

"I have committed serious crimes and I know I'll be doing more jail," the statement reads.

"I am tired, I am sick of doing the wrong thing."

The offender also wrote that he was sad about inflicting the atrocious violence and said he was under the influence of methamphetamine at the time.

Magistrate Campbell said the offending was intimidating, threatening and violent.

"No offender engaging in this sort of behaviour should be treated lightly by the courts," she said.

"Men have no rights to subject their partners to threats or violence."

She said the violence had an enormous impact on the victim who was terrified for her safety and that the photos of the injuries "threw me a little".

"He was no friend that day," the magistrate said.

If I don't find all my things then watch out, I'll put a bullet in you.

Ms Campbell said she was surprised it took only five stitches to her forehead because the wounds looked "so deep".

A pre-sentence report assessed the offender as having a high risk of reoffending.

In relation to the burglary, which Ms Campbell described as unsophisticated, the offender sawed off the door handle of a healthcare shop in Florey about 4.25am on January 21 last year.

Analysis of bloodstains left behind led authorities to him.

The offender's jail term also includes being re-sentenced for breaching a suspended sentence for riding in a car without consent.

With a non-parole period of two years and having had his sentence backdated to November last year, the offender will be eligible for release towards the end of 2022.