I live in fear of breast cancer: Sarah Harding’s death is a reminder of just how common it is 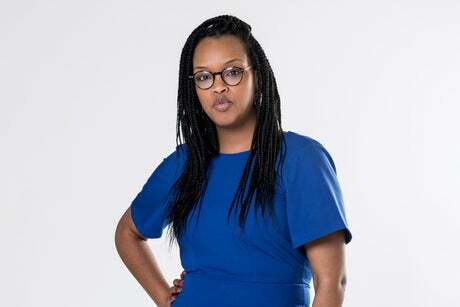 Like so many across the country, I woke up this morning thinking about Sarah Harding, who passed away at the weekend. Sarah was just a year older than I am when she lost her battle with breast cancer. I sadly know too much about this disease as it's a shadow that hangs over my family.

My mother, aunt and great aunt were all diagnosed with breast cancer in their early forties, and I know I will someday have to face the news of my own diagnosis. I’ve come close to that day twice. The first time I was 26 and, as I sat in a room full of women waiting for results, I tried not to look at the face of those coming out of the consultation room as they were trying to hide pain or relief of the news they got. I was fine in the end but there is a sense of fear from that day that never leaves me.

I am not as manic as I once was about every ache, lump or rash I get but I am hyper-aware and now also have a little tradition with my mum’s lovely doctor. Giving me my first examination, he told me, yes I was young but it would be wise to get a genetic test to give me peace of mind. I agreed but chickened out when I got to the office of the doctor he recommended so when I went back for a follow-up, he agreed to give me a yearly check-up even when it was not within the NHS guidelines. These check-ups were how I kept the anxiety at bay till Covid, when they were cancelled as they were not deemed critical.

Knowing that time is key to cancer and that black women in England are almost twice as likely to be diagnosed with advanced breast cancer as white women, according to analysis by Cancer Research UK and PHE, panic set in, so I found a friend who could refer me to someone. I can’t tell you what hell those weeks of waiting to find someone to give me a check-up were like but I can tell you I am one of the lucky ones. Late-stage disease is found in about 25 per cent of black African and 22 per cent of black Caribbean breast cancer patients. My mother was not one of these people and hopefully I won’t be because I’m aware of my risk.

Sarah’s death is a reminder that we need better investment and awareness around female cancer. Only this year, the NHS commissioned a women’s health strategy after 70 years of a service which women have been at the heart of. Deaths from female cancers are preventable and it should not be down to luck when they are.

I have been pro-choice before I even knew what abortion was. I have always believed that you have the right over your body and what you want with it, and there is nothing more personal than wanting to have a child.

I know and love a lot of women who have had abortions and I have never thought them less loving than those who choose to have kids. This thought process is one which all human beings should have — but sadly that’s not the case.

Last week, Texas introduced measures that would prohibit abortions as early as six weeks and a few months ago Poland basically banned all access to abortions. These are not isolated cases, they are part of an organised attack on women’s basic human rights to health care and control over their bodies.

Are you aware of the signs of breast cancer? Let us know in the comments below.