I held John Hume in awe. His political bravery gave my generation peace

It was only in his death that I realised John Hume has been a fixture in my life for as long as I’ve been conscious. My early memories of him as a politician are from TV, all crumpled suit and ruffled hair, deploying the spiky precision of his speech on local news programmes or, later, the rakish, avuncular charm that might lead a great statesman to end a Late Late Show appearance with a rendition of Danny Boy.

Growing up in Derry, he was also just someone you might meet in town. Hume was the world-famous politician who might give you a medal at the feis, or stop for a chat with your parents as they passed him in a restaurant. Since nothing blights a child’s early life like those conversations that adults conduct two feet above your head, the greatness of the man was lost on me at the time. Soon, though, his greatness became an irrefutable fact, and he enjoyed a reputation that was not far off sainthood. This feeling was obviously felt farther afield than Derry – in 2010, Hume topped a nationwide RTE poll of Ireland’s greatest ever citizens.

The majority of this week’s coverage will begin with black and white footage of Hume on the brick-strewn streets and mossy embankments of early Troubles protests. Thereafter a burst of colour will propel him into the future on a flurry of smiles and handshakes into the 90s, via Washington receptions, U2 concerts, and speeches to the Nobel committee.

Such a montage might imply that the path to peace was a steady, inevitable treadmill towards success. But the people of Northern Ireland remember how hard Hume’s task really was, and that “the bits in black and white” went on a lot, lot longer. They know that escaping that period involved decades of often thankless, always exhausting activism, which went far beyond delivering speeches and signing documents. During this time, John Hume continuously put his career, and life, on the line for civil rights and social justice, advocating for causes many considered impossible to achieve, and which may have remained so had it not been for his resolve, and that of those he inspired.

To laud John Hume merely for his benevolence and graft would be to forget the steel that lay beneath it. In death, there is often a clamour to defang great political actors and cast them in moral Play-Doh, all the better for those in power to squash their lives into moulds of their own making. Hume should be remembered for his commitment to peaceful protest and unerring denunciation of paramilitary violence. But his insistence that lasting peace meant engaging with those same paramilitaries was equally courageous at a time when the IRA was banned from political access, and he was the main representative of Ireland’s nationalist communities.

Bringing the IRA “in from the cold” was not just deeply unpopular with the British and Unionist establishment, but a political risk that caused scepticism, even revulsion, among Irish moderates who had traditionally backed his cause. For consistent critics like Conor Cruise O’Brien, Hume was "in the pocket of Sinn Fein-IRA – the pocket labelled ‘peace’”. Even his deputy leader Seamus Mallon, who died earlier this year, was often openly hostile to engagement with the IRA, and repeatedly told his leader that the policy was a mistake. Hume’s oft-quoted reply was” “I don’t give two roasted balls of snow what you think.”

It was such acts of political bravery, even obstinacy, that laid the foundations for the peace that followed, even if moderate nationalism bore a political cost. This must not be forgotten – least of all by those who now lionise Hume as a peacemaker, but who would never have let that peace be made had they been in charge.

One wonders, for example, how Michael Gove reconciles his ode to Hume as “a man of great integrity and wisdom who stood against violence and for peace with courage and steadfastness” with the 58-page pamphlet he published in 2000, which compared the Good Friday agreement to appeasing the Nazis, or indulging the proclivities of paedophiles.

At home, we loved John Hume because he was one of us: a Derryman who spoke effusively and passionately, in unaffected Derry speech, whether he was facing down a British soldier at a barricade or asking you how school was getting on. These interactions were so widespread that an entire city became accustomed to a politician who, even as he became a globally recognised political icon, evinced a genuine, unforced interest in their lives, and the hopes and fears that defined them. We knew he was family – and when his health deteriorated in later years, the people of Derry were on hand to see that help was offered unconditionally.

John Hume and I went to the same school although, admittedly, several years apart. His Nobel prize came while I was in my first year in St Columb’s, something brought to mind when I discovered this week that my reaction to it was filmed by an AP film crew visiting my school for the occasion. While we didn’t know it yet – indeed, the AP clip confirms that no amount of civic pride can enliven a Nobel prize ceremony for a theatre filled with teenage boys – the Good Friday agreement would change our lives.

It would give my generation a sense that the long arc of the moral universe could, in the words of Hume’s great hero Martin Luther King, bend towards justice. This was something our parents, and even our older siblings, might have found hard to believe when they were our age.

Perhaps it was that faith that strengthened my sense that politics was something changeable, something that real, ordinary people did. Some years later, as a somewhat rambunctious teenage activist, I earned Hume’s ire outside the Foyleside shopping centre, where some comrades and I were loudly protesting the Afghan war. He shared our opposition, but was blunt about my chances of success in getting that point across, if I continued to berate random shoppers who disagreed.

It’s a tribute to the awe in which I held him that I took his point. It’s a tribute to his humanity that shortly afterwards, for the fifth or sixth time in my unremarkable life, the greatest global statesman of my lifetime shook my hand, inquired after family, and asked me how school was getting on.

• Séamas O’Reilly is a writer from Derry 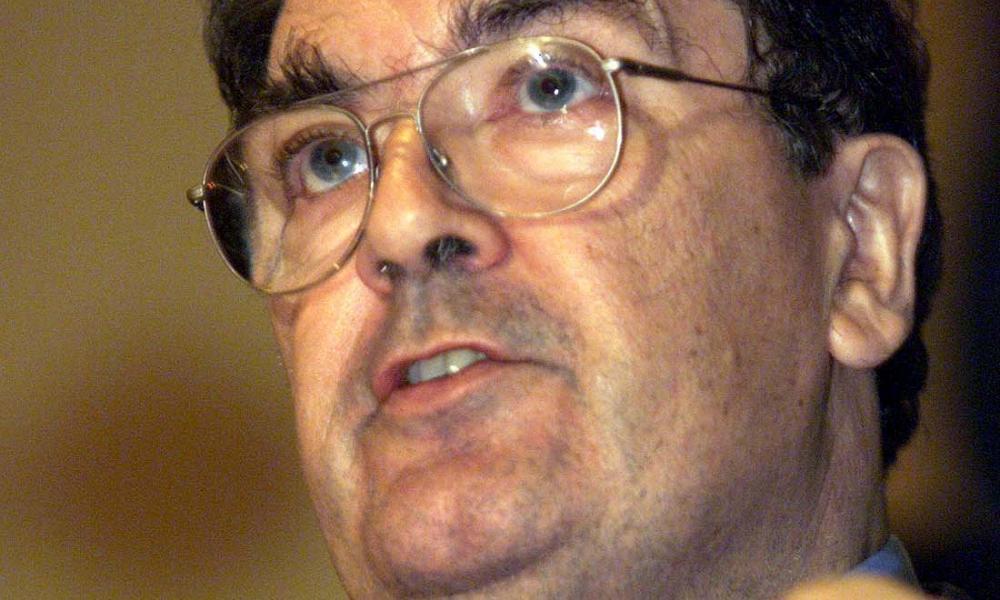 'Hero and peacemaker': Northern Ireland's John Hume remembered
Tributes for Hume, who has died at 83, highlight his role in crafting solution to Troubles

London (AFP) - John Hume, the Northern Irish politician who won the Nobel Peace Prize in 1998 for his pivotal…

London (AFP) - Tributes poured in Monday from across the political spectrum following the death of John Hume, who won…