'I have always tried to capture his spirit': Carolyn Hitt on remembering Grav 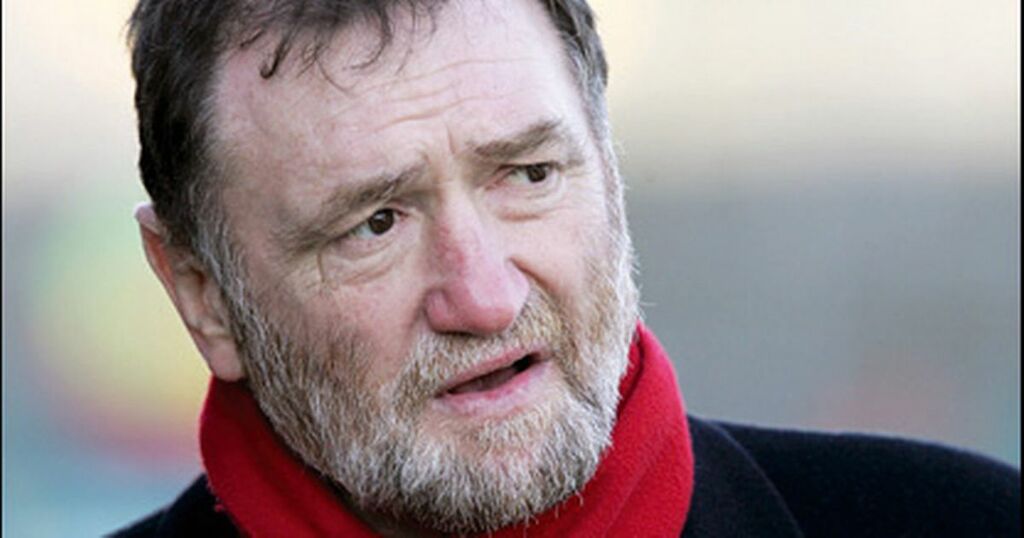 Ray Gravell would have been 70on September 12. A Welsh icon, a Scarlets legend, a Lion, a Barbarian – his sporting CV alone seals his place in history. But there was so much more to the man we simply knew as Grav.

For him playing for Wales was like an act of religious worship. No-one inhabited the red shirt with quite the same intense understanding of what that expression of national identity means. It was like having Owain Glyndwr on the crash-ball.

His performances beyond the field of play were characterised by a similarly joyful fire. He was an irrepressible broadcaster in Welsh and English and an accomplished actor who shared the screen with Jeremy Irons, Juliette Binoche and Peter O’Toole.

Read more: Welsh rugby hero flattened Clive Woodward to the ground every time he worked as a pundit at Wales games

And he was just a wonderful human being. Though he had been the toughest centre, he had the softest heart where family were concerned. A loving husband to Mari and doting dad to Manon and Gwenan, he radiated warmth and was an instant friend to all he met.

So much energy and humour, passion and patriotism, tenderness and courage – and that sheer zest for life that made his sudden death in 2007 so devastating.

Thirty-five years to the day after Llanelli’s famous win over the All Blacks, Grav died of a heart attack aged 56. It came six months after he’d had his leg amputated following complications with diabetes.

I’ll never forget the morning Wales woke up to the news that Grav was gone. I watched the message boards on Radio Wales fill with tributes. These weren’t the usual stock phrases of condolence. Almost every listener wanted to explain how he had touched his or her life.

They all had an anecdote they wanted to share - for even a brief meeting with Grav would leave the most lasting impression.

When he had been recovering from surgery earlier that year, he and Mari were overwhelmed with the scale of the response, as cards and letters from across the world found their way to Heol Ray Gravell, Mynedd-y-Garreg.

Such an outpouring of warmth was no surprise to the rest of us. We were just trying to return the favour.

Grav was a tonic in human form. He always made you feel better – whether it was with a generous compliment, an enthusiastic chat or just a huge bear hug. With hindsight, it feels especially poignant that Wales got the chance to tell Grav just how much he was loved.

Because as a man completely without ego, he never seemed to realise just how special he was. He was always too busy telling other people why they should feel good about themselves.

Like so many, I frequently experienced the joy of a Grav pep talk. When first asked to write about rugby even though I loved the game I worried that I wasn’t qualified to hold an opinion. But each time I bumped into Grav our motivational routine was the same. I would get a cwtch, he’d tell me how much he had enjoyed that week’s article and if someone happened to be passing at the same time he would grab them and tell them why they should read it too. It was such a lovely confidence boost.

I watched him show that same generosity of spirit as he gave a speech before a Wales international. The room was filled with corporate movers and shakers but there was also a family who had won competition tickets to the match. And Grav ensured their youngest member – a 13-year-old Scarlets fan – was treated like the star guest. Throughout his talk he kept throwing lines in the boy’s direction, addressing him by name as the youngster beamed with pride.

He was such a magical communicator. Who can forget those tactile touchline interviews, those last-minute pats on players’ backs as they ran out of the tunnel and those hilarious turns of phrase as Gavin Henson was told he was “cool for cats”. Or his fabulous mischief on his Radio Wales shows where he would hand over to the venerable Vincent Kane by booming “Vincey Baby!”

Given the tragedy of his youth, Grav’s positive disposition was all the more impressive. In his autobiography he described how he had discovered the body of his father near the family home and the impact this suicide had on him.

Grav’s strength of character came to the fore when he faced the challenges of diabetes. With typical altruism he toured Britain giving talks on the disease and organising fundraising events.

Those of us working on Max Boyce’s Rugby World Cup series in 2007 had the privilege of sharing in what would prove to be one of Grav’s final television appearances. We’ll never forget how he stole the show by proudly unveiling his red prosthetic limb complete with the crest of the Scarlets. He inspired us that day and tomorrow he returns to our screens in spirit in a special S4C drama to mark the day this Welsh hero would have turned 70 years old.

The film Grav tells the story of his life and explores events that shaped his unique personality. It has been adapted from Owen Thomas, Peter Doran and Gareth John Bale’s acclaimed stage play and directed by the award-winning Marc Evans, whose previous work includes The Pembrokeshire Murders.

The original one-man show was developed with the blessing of Grav’s family and with Gareth John Bale in the title role it has been performed more than a hundred times across Wales, the UK and America. Audiences have included the Welsh team who took inspiration from it in a special performance at the Principality Stadium on the eve of a Wales v England game.

As Gareth swaps stage for screen - alongside a cast of Welsh actors - he is understandably mindful of the responsibility that comes with portraying a man as distinctive and dear to Wales as Ray Gravell.

“Instead of me trying to make some kind of caricature, I have always tried to capture his spirit. That is what’s important to me, that Grav’s spirit comes through,” he says. “I don’t think anyone would watch me and think, ‘he looks exactly like Grav’. But what people have said is, ‘you have captured him, you have captured his spirit.’

Gareth has also drawn on his own memories of Grav. As a young actor he was fortunate enough to work with him on S4C series, A470.

“By then, Grav had worked with the famous director Louis Malle, and actors like Juliette Binoche, Jeremy Irons and Peter O’Toole. His acting CV was much bigger than mine. But he always said, ‘You’re the expert, you tell me what to do.

“I remember during one break, we were sat around a table. Some of the young actors knew who he was, but they tried to get it out of him. I remember him saying to them, ‘Well, I used to play a bit of rugby.’

“Alun ap Brinley shot out of his chair. ‘A little bit of rugby? Boys, this is a British Lion!’ he said. But Grav didn’t want to say that himself and he never talked himself up. I only worked with him for three days, but like everyone who met him has said, it was just a pleasure.”

Having seen a preview of the drama, I’m sure Grav would approve of Gareth’s portrayal. It’s a powerful and poignant performance. The drama opens with Grav in anxious and reflective mood the night before the operation that will amputate his leg below the knee. Addressing the audience directly, Grav invites us to join us on a journey through his memories – from glorious moments on the pitch and the highlights of his acting career to the darkest episodes of his early life.

Evocative and dreamlike in quality, it’s an emotional watch. But it’s funny too. As well as the pathos there is humour. I’m still smiling at Grav’s catchphrase which punctuates the script – “Tip Top!”

“The drama does look at some sad moments, moments which had a huge impact on him,” Gareth explains.

“But we also celebrate his life and there is a lot of comedy there too. There were peaks and troughs in his life, but that’s who Ray o’r Mynydd was."

He adds: “The most important thing for me is that we pay tribute to Ray and remember him in the right way, but also that his family is happy with it. That is so important to me and to everyone else, and I am so grateful for their support over the years.”

All of Wales grieved Grav but our loss can’t compare with what Mari, Manon and Gwenan have been through.

How generously they shared him with the nation and how proud he would be at the way they have ensured his legacy lives on – from creating a charity to help bereaved children to their support of a drama that will make us remember the magic of Grav once more.

Grav is on S4C tomorrow (Sunday) at 9pm.