'I felt there was nothing left for me': Former Royal Marine rebuilding his life after lockdown pushed him to the brink 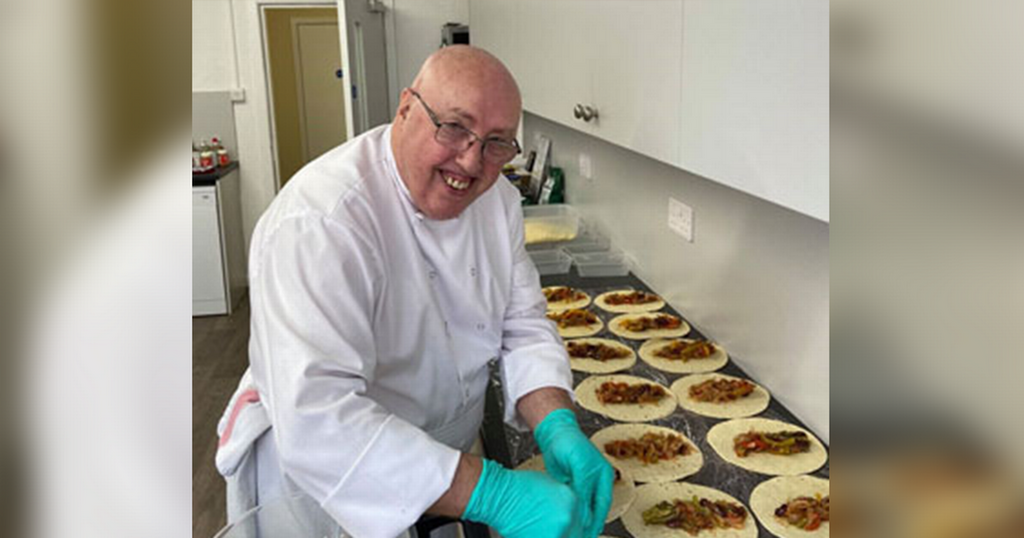 A Royal Marine who did six tours of Northern Ireland says he was pushed to the brink of suicide during lockdown.

But with the support of a Greater Manchester group, Kenneth is now regaining his confidence as the newly-appointed head chef at Tameside's shelter for the Bed Every Night scheme.

READ MORE: The school where classrooms were evacuated as pupils 'paddled' in sewage... now it could be knocked down

Kenneth said: "I was visiting my family in Rochdale when the pandemic started and couldn’t get back to Scotland where I had lived for 30 years.

"After so long away, I didn't have any friends in the area and began to feel very low and got into a rut.

"I spent 10 years in the forces, served with all three Royal Marine commandos, and did six tours of Northern Ireland.

"I was an elite soldier who had been under fire, yet I felt there was nothing left for me.

"I was full of despair and didn’t want to go on."

Friday was World Suicide Prevention Day - a chance to raise awareness of suicide prevention and the support available to anyone who is struggling with their mental health.

After struggling with his mental health last year, Kenneth spoke to an NHS adviser, who encouraged him to speak to the Veterans Food Co.

The organisation runs kitchens in Salford, Tameside, Trafford, Stockport and Rochdale, providing meals for veterans and their families, homeless shelters and families in crisis.

Having reached out for help, Veterans Food Co has helped Kenneth regain his confidence.

This week, he started a new role as head chef at the Town House community hub on Burlington Street, Ashton, which is Tameside's shelter for the Bed Every Night project.

Kenneth, who had trained as a chef when he left the forces, says Veterans Food Co has saved his life.

He said: “A brilliant lady from the NHS told me about Noel Goulding from the Veterans Food Co and said I should go and see him.

"As soon as I walked up the stairs at the Strand Community Centre in Rochdale I could smell the cooking and hear the laughter that had been missing from my life for so long.

“Noel gave me a warm welcome. He listened to what I had to say and didn't judge me. He told me the Veterans Food Co is all about veterans helping veterans and said he could use my skills.

“On my first day in the kitchen, there was a new chef’s uniform waiting for me with a handwritten note attached on Veterans Food Co notepaper saying ‘This uniform is for Chef Kenneth Richards’. I can't tell you how that made me feel.

“My confidence is returning. I feel like I have a purpose, a role in life, and considering the attention to detail it’s just like being back in the forces.

“I now have structure, a clear plan, friends and pride in myself. I’m a chef back doing what I'm good at. The Veterans Food Co saved my life.”

Kenneth is now already making a big impression at the Town House, having started in his new role on Tuesday (September 7).

Cllr Ged Cooney, Tameside Council’s executive member with responsibility for the Armed Forces Covenant, added: “I met Kenneth recently on a visit to the Town House and I was extremely impressed not only by his story, but more importantly by his organisational skills in the kitchen.

“Kenneth is doing a first-class job with the Town House residents in helping them to take care of themselves as they move on.

"He’s a very approachable and friendly man and I wish him all the very best on his new job which he thoroughly deserves.”

Get the latest news, sport and what's on to your email inbox by subscribing to the free Manchester Evening News newsletters here.