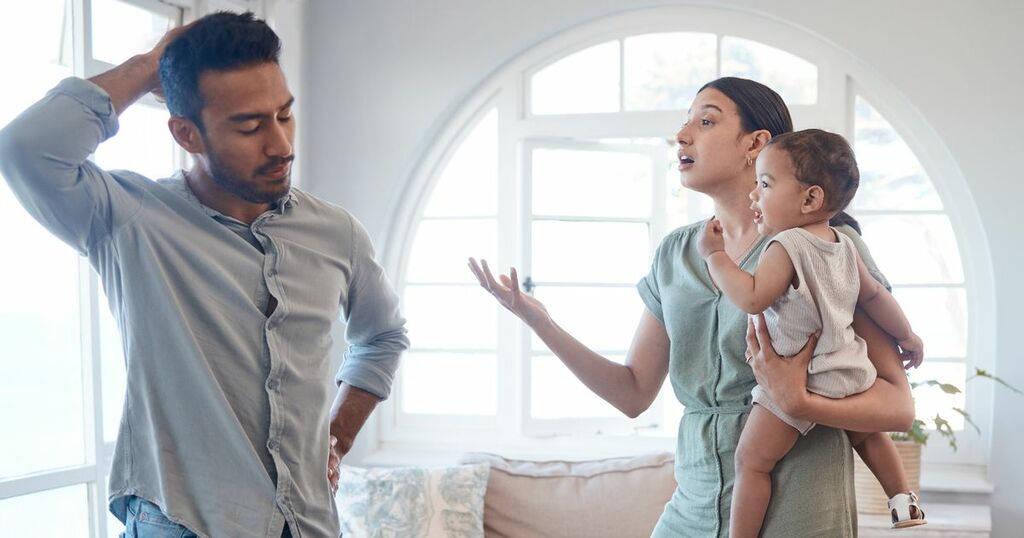 A mum who wants to raise her daughter as a vegetarian has been branded 'unreasonable' by her husband, who says…

An ‘exhausted’ mum took to the internet to vent about financial difficulties and how she wished life were easier, something…

A mum has admitted she regrets giving her daughter an unconventional name, as she fears it will see her 'denied…

A mum-of-eight has opened up about her creative naming process, with her varied sources of inspiration including her family history,…

When it comes to choosing your child's name, it can be a tough topic for some.

Thankfully for most couples, the nine months of pregnancy is long enough to make a decision.

One woman took to Mumsnet asking for advice - as she currently feels 'emotionally blackmailed' into choosing a name.

While her husband likes it a lot and has a strong emotional connection to it, the woman really isn't keen.

Now she's sought help on how to handle the rather delicate situation.

On the parenting forum, she explained: "I feel cruel, but I just can't do it. [My husband] has just lost his grandad, whom he was very close to.

"He desperately wants to use his name as a middle name if this baby - due end of March, turns out to be a boy.

"I feel emotionally blackmailed and that it's not fair to impose a name on someone for the rest of their lives for the sake of the memory of someone else, if the name isn't...nice.

"It's not like we are going to ever forget him. I want my only son to have a name I am actually proud of and won't be totally embarrassed by forever.

"I'd feel i'd have to tell everyone who asked his name WHY we'd called him that. Ok, so it's a middle name, but...am I being unreasonable? The name is...Maurice"

People were split, with one advising: "Hmmmm as a middle name I'd be inclined to do it for [husband's] sake tbh.

"Maurice isn't that bad...I've known a few and they were lovely (although I did also have a cat called Maurice)."

Another wrote: "Middle names aren't often used. Could you compromise? March is still a bit of time off, the baby may be a girl anyway, and it isn't worth upsetting your other half when he has just lost his Grandad.

"I do understand how you feel as my youngest's middle name was picked by my eldest and I didn't realise it was my father-in-law's middle name. I wouldn't have wanted it, but my son picked it, and everyone knows it was because of my son and not my FIL."

A third added: "I have given my son a name that I'm not hugely keen on because it was [husband's] dad's name (and then we had to give him my dad's name as a middle name so my dad didn't get offended!) because I disliked that less than [husband] disliked the names I wanted!

"Of course, if it carries on making you cringe don't do it, but if you can re-educate yourself to stop cringing it would be a lovely gesture in my honest opinion!"

A mum who wants to raise her daughter as a vegetarian has been branded 'unreasonable' by her husband, who says…

An ‘exhausted’ mum took to the internet to vent about financial difficulties and how she wished life were easier, something…

A mum has admitted she regrets giving her daughter an unconventional name, as she fears it will see her 'denied…

A mum-of-eight has opened up about her creative naming process, with her varied sources of inspiration including her family history,…