'I don't regret one moment of it': Labor, climate and the Fitzgibbon factor 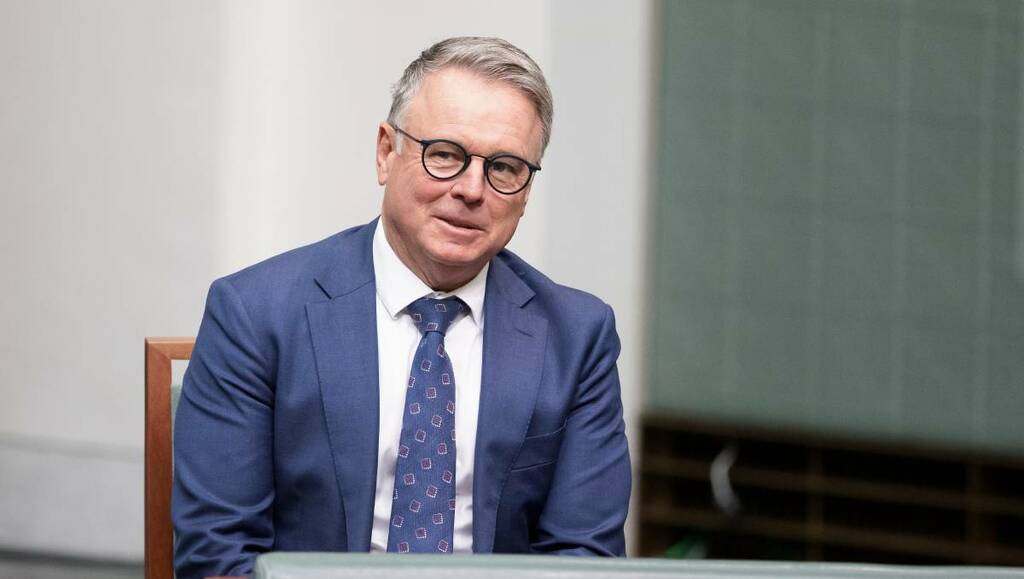 He's been accused of causing trouble for his own party, even seen as campaigning against Labor on the stand-out issue of climate change, now outspoken MP Joel Fitzgibbon is calling time on his political career.

In a broadly expected move which ends an ALP political dynasty, the Federal Member for Hunter announced on Monday he will not contest the next election.

The regional electorate with significant coal mining interests has been held by Mr Fitzgibbon and his father Eric Fitzgibbon since 1984.

"It's a little bit sad to me, but I'm very comfortable with my decision and 25 years is a long time," he told The Canberra Times.

"It's smart to know when to go. And I think it's now my time. I'm almost 60 years of age. I'm very keen to see what the next chapter holds for Joel Fitzgibbon."

Nobody inside Labor is surprised by the move, and more than a few are cheering. MPs who spoke to The Canberra Times on condition of anonymity so they could speak freely referred to the outgoing MP as a 'crazy old uncle' who went 'down the rabbit hole' as well as an 'open sore' who has 'shat on' the party.

Mindful that Labor has spent only six of the past 25 years in office, he's been insisting that Labor moderate its language on climate change and be more pragmatic, while still 'being meaningful'.

Mr Fitzgibbon resigned from the front bench last November, vowing to agitate on behalf of the working-class and get the ALP to back to the "centre of Australian politics" and dispense with "those crazy tax policies."

Just as the globe seeks a path to net zero greenhouse gas emissions by 2050, Labor - like the Morrison government - is promising not to disadvantage jobs and the economy on that quest.

"I think now we are competitive again," he said triumphantly. "That's great news for the party. It is good news for me and it means that I can go knowing that the party is a good prospect at the next election.

But it has been well noted that he appeared to criticise his own party on media platforms hostile to Labor, leaving his colleagues in dismay. Why did did he have to be so public?

"It had to be public because the cage needed to be rattled," Mr Fitzgibbon said. "There was no doubt about that."

"The party had sort of slept walked into 'excessive progressivism' I call it, that was rendering it unelectable. And I suppose I thought I had a responsibility, having been part of it for so long, to try to change that."

Labor's former climate change spokesman Mark Butler welcomes his colleague's intervention, even through calls for him to lose the portfolio, and says he will miss him.

"From time to time we've had our strong debates about the direction of Labor policy, but that's what makes our party strong and great," he told reporters.

"We need vigorous debates about important issues like climate change and ours has always been a debate conducted frankly, but also, respectfully, and I will miss Joel from the parliament."

Mr Fitzgibbon said knowing his time was drawing near an end left him 'feeling a little bit invincible' and allowed him run the risk of alienating people by being 'loud and forceful' in his views.

"And along the way, I picked up a hell of a lot of support. And it was encouraging and I don't regret one moment of it," he said.

"The alternative is to keep doing things the same way. It is worth reflecting on the fact the Labor Party federally has only won a majority of seats in the House of Representatives once in the last 27 years."

Mr Fitzgibbon believes Labor can now win under Anthony Albanese and he says he gets on with him very well. He notes that Mr Albanese has expressed support for the coal mining industry and the gas sector.

As for his seat of Hunter, he lost skin in the 2019 election. The very safe Labor seat with a 12.5 per cent margin was pared back to a three per cent margin - indeed, the experience of the last election was a trigger for this whole expedition.

A One Nation candidate took Labor votes from the right. That party and Clive Palmer's United Australia party remain risks for the major parties.

"I think we've made it clear to people that we were in error," the outgoing MP said. "And we've learned from our mistakes, and I think we're a long way down the path of earning the trust again."

But, of course, climate change is an important issue for the regions, just as it is in the cities. A poll, conducted by YouGov and released by the Australian Conservation Foundation two weeks ago, found that a majority of voters in Hunter (66 per cent) do not see new coal and gas as part of Australia's energy future.

The Nationals have indicated they'll push harder to win the seat now there is no Fitzgibbon factor and a five-time Olympian and mining union representative Daniel Repacholi is lining up among the potential Labor candidates for Hunter.

The question is, can Labor - and does it want to - hold a heartland seat by negating what used to be a core campaign point of difference?