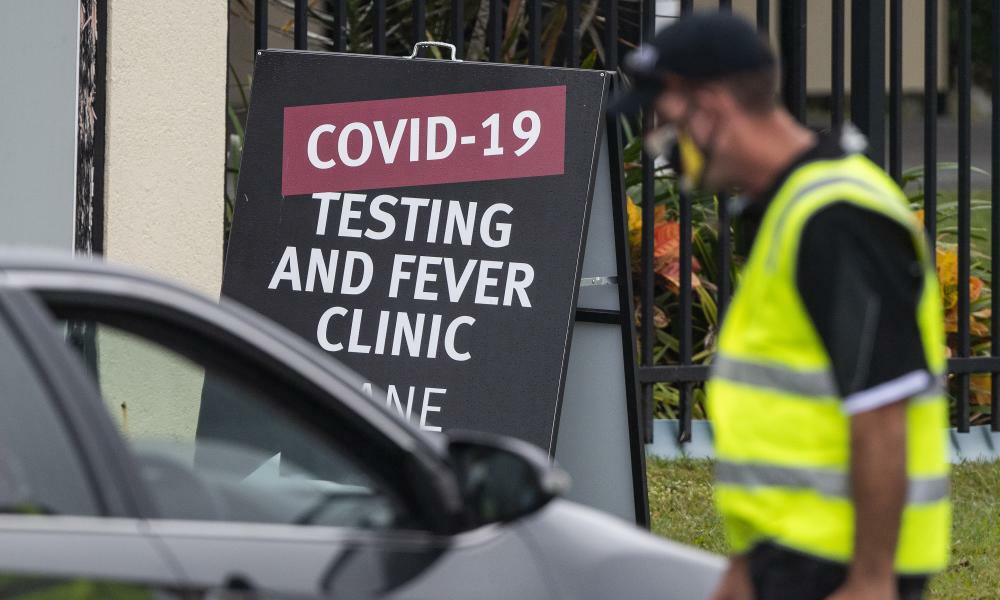 The Queensland government has stripped back mental health support for people isolating in its hotel quarantine system, prompting accusations of neglect from former occupants.

In March the government stopped its contract with Red Cross Australia to do daily mental health checks, moving the service to a call centre and limiting the number of welfare checks performed over the 14-day period.

Guardian Australia spoke to a number of former hotel quarantine residents who say they did not receive sufficient help for serious mental health concerns after calling the government-run call centre, including one who suffered a breakdown.

The Guardian can also reveal staff at the government-run call centre are given just one day of training in psychological first aid.

Guests who have recently quarantined in Queensland said they were not asked about their mental health during their stay, and the only resource provided was a number for Lifeline and BeyondBlue on page six of their welcome pack.

It is in serious contrast to support provided elsewhere in the country, including New South Wales, Victoria and South Australia, where guests are called daily by a nurse who enquires about their mental health.

Last week a 53-year-old aeronautical engineer from Brisbane’s northern suburbs died while in hotel quarantine. His death has been reported as suicide.

In July another man, Brendan Luxton, took his life just days after leaving the quarantine system.

A guest who was in the same hotel at the time of the engineer’s death said she was told to only ever call reception and was not told about any support for her mental health. One hotel staffer referred to the guests as “inmates”, she said.

Damien Vella, 77, left hotel quarantine at a different hotel in Queensland around three weeks ago. The navy veteran was relocating to the state from Melbourne with his wife. On his second day he suffered a panic attack.

He called the nurse on site but was told they were there only to direct guests, and if he needed an ambulance he would have to call it himself.

Panicked, he tried to get out of the room and exit through the fire door, which was locked.

“I’m a 77-year-old man and I broke down on my knees crying. I wasn’t in control,” Vella said. “There is no help with the system they are running.”

In the commotion, police seeking to have him return to his room threatened him with arrest, but eventually called him an ambulance. He was briefly taken to hospital before being sent back to the hotel.

“I have been fined $1,300 for refusing to obey an officer,” Vella said. “I have challenged that, I’m taking it to court.”

Vella describes the rest of his stay as distressing, with only the help of his wife to get him through.

“If you have an animal and you put it in a pen, if you don’t look after it, you go to jail,” he said.

“But it seems to me that’s not what is happening with the Queensland government. They couldn’t care about human beings. They took no responsibility.”

Since the start of the pandemic, the Red Cross has been working with state and territory governments to have trained staff call people in quarantine daily.

The Psychological First Aid program has made 276,097 telephone outreach calls to 112,697 people across the country.

Of those, 149,686 calls were made to 65,496 people in self-isolation or hotel quarantine in Queensland during the 12 months it was running.

In March the state government stopped the contract after a review found guests gave feedback that they were being called too much, a source close to the program said. It is now run out of a state government call centre.

The Queensland government has repeatedly refused to answer questions over how many calls it is meant to make and what support is offered. But it said a number of protections were in place.

“Queensland Health offers a range of support for people in mandatory quarantine and if required, guests will be taken to hospital for assessment and treatment,” a spokesperson said.

The recommendations included an on-site presence of experienced mental health staff across extended hours, and access to general health support.

Many guests Guardian Australia spoke to say this advice has been ignored.

Grace, who asked to remain anonymous, has just left quarantine with her partner on the Gold Coast. She moved from Victoria because of an alleged sexual assault case and has been grappling with anxiety and depression.

Last week she called hotel reception to ask for a doctor to talk about changing her medication. More than 24 hours later she was phoned by a nurse, who was not qualified to help.

“I’m trying to get alternative anti-depressants to relieve my anxiety – the medication isn’t suppressing it enough,” she said.

“My partner is watching me to make sure I don’t cause harm to myself. He’s locked in here with me. There comes a point you’re both at breaking point.”

The couple repeatedly applied for a quarantine exemption but were refused.

Grace said she was “palmed off” by Queensland Health when she asked for mental health assistance.

“I’ve told Queensland Health I’m on the brink … They’ve directed me to Beyond Blue and Helpline but in my experience it is not much help when you’re locked in what feels like a prison cell.”

Queensland Health did not answer questions about why the guests did not receive the support they wanted, but said they were contacted by the exemption unit to provide “the necessary advice relating to care and to ensure they received the best support for their mental wellbeing”.

A spokesman said in a statement that the hotels had nursing staff available, and an on-site facility manager, for guests who required assistance.

“We recognise quarantine can be a difficult time for some people,” he said. “This is why Queensland Health, as well as various government and community agencies, conduct regular wellbeing phone check-ups for people in mandatory quarantine.”