Situated in a Northern Quarter basement hidden between a former t-shirt screen printing shop and a tattoo parlour lies “debauched” cocktail bar Behind Closed Doors. The bar, which has been around since 2017, has seemingly passed me by over the years - that is until last week.

When my colleague Nicole Wootton-Cane headed to the venue for a drink on her own last Thursday night, she was firmly told by a bouncer: “No singles, sorry love. I can’t let you in by yourself.” Nicole's experience followed a similar encounter from a woman who was refused entry to Ramona in Ancoats on the basis that they had a ‘no singles’ policy - something management denied.

Following Nicole’s report, Behind Closed Doors also denied they had a ‘no singles’ policy too and said they would refer the matter to security. But, less than a week on, could I blag myself entry into the intriguing speakeasy for a drink on my own? Well, in short, yes, I could.

READ MORE: The 'Portuguese tapas' restaurant in Sale that's getting pretty much everything right

My visit to the bar was blighted by the fact that I couldn’t exactly find it to begin with. It sells itself on being unassuming and hidden away, so walking past it twice without clocking it certainly ticked all boxes on that front. Walking up to the venue at an admittedly early 5.30pm on a Tuesday, I was fully prepared to be challenged by a bouncer but my sassy comebacks already rehearsed in my mind were not needed.

In fact, the elusive front door - where you’re supposed to ring the bell to be invited in - was already open ajar and there was no bouncer in sight. Having snuck in, I was again ready to be given a look of suspicion from the bar staff but that didn’t come either. In fact, a very lovely woman behind the bar greeted me with a huge hello and welcomed me in.

She was incredibly polite and informed me head on that the ‘Love Bite’ cocktail - some form of combination involving raspberries and gin, I believe - would not be on the cards for me this evening. But, as I was still on the clock, I was not going to be going anywhere near the gin on this occasion. When I asked if they served mocktails, the server practically looked back at me in shock.

This is a place filled with near-naked pin-up posters and even a Madame Tussauds-esque statue in full bondage gear, so the idea that I was able to cause alarm in such an establishment was enough to make me a little bit concerned. “You mean you want no alcohol?” she asked as she tried to make sure she heard right.

Confirming my choice, she then quite excitedly offered to make me something special off the menu. The drink without a name involved lime juice, lemonade and mint. It wasn't anything groundbreaking but it was good, tangy and very fruity - which was perhaps apt considering I was sipping along to it whilst looking at a poster of ‘Sally in a snuggly mood’.

Whilst at the bar, I had a pleasant chat with the server about everything from Pokémon to tattoos, while telling me she much preferred working in the Northern Quarter compared to the ‘McDonalds for adults’ of The Printworks. It was hard to think that this was the exact same venue that refused entry to a woman on her own just a few days earlier.

Having settled down at a table with the sounds of Shirley Lites’ Heat You Up (Melt You Down) booming out from above me, I started to wonder why there are some places where people can't just have a drink in their own company. Besides me, there was only one couple in the bar and there were staff and tables ready to accommodate paying customers. If the bar had turned me down on this occasion, those tables would have only idly sat by empty.

Perhaps a solo tipple on Tuesday night doesn’t quite match the buzz of a packed out Thursday night, but refusing someone entry because they're on their own seems like a wild concept to me. Is it to do with a protective brand image or are there bigger things at play? It's hard to say.

Addressing the elephant in the room, I am fully aware of the fact that my experience could be, and has been, completely different for women on their own. But I do genuinely feel that I lucked out on this occasion and anyone would have been welcomed in on their own at that exact moment. If I had visited on my own on a Saturday night? Maybe not.

As Nicole previously said, it isn’t unusual for people to be in the city on their own for a night or two and that doesn’t mean they should feel like they have to miss out on some of the more interesting places Manchester has to offer. If it’s a choice between staying in my hotel room and missing out on the city’s offerings or going for a glorified lime and soda on my own with pin-up Snuggly Sally gazing down on me, I know which I’d much rather do. And I'd quite like to do it without feeling like there is every possibility of being turned away just because I'm on my own.

Manchester is a city that often prides itself on being inclusive and welcoming, but maybe it's about time we're reminded of that. 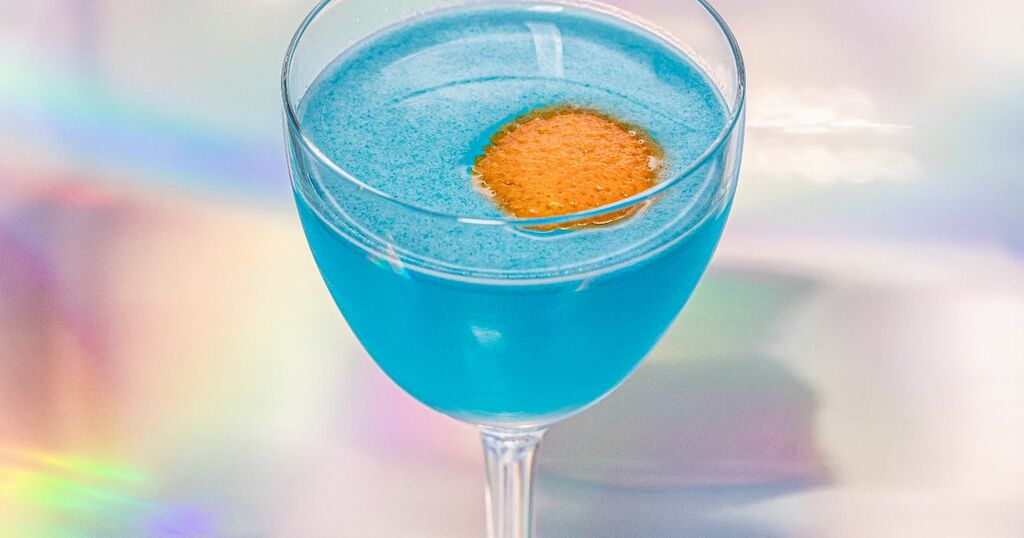 High above the streets of Manchester, a vegetarian feast is set to take place

Nathan Hood, who works at Torness Nuclear Station, East Lothian, struggled with bouncers for five minutes after being knocked back…