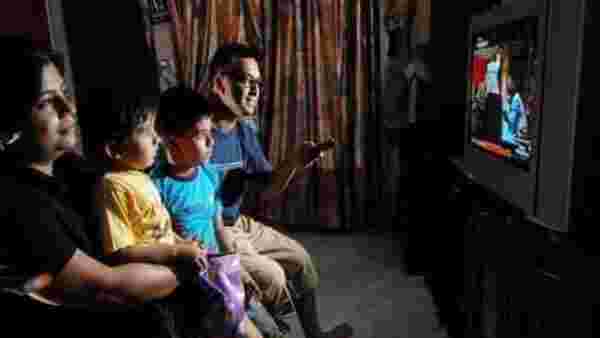 The ministry has asked Barc to release data for the genre for the past three months, in a monthly format, with the revised system requiring the reporting of news and niche genres to be carried out on a four-week rolling average concept.

Barc has undertaken revision in its processes, protocols and oversight mechanism and initiated changes in the governance structure, following recommendations of the TRP committee constituted in November 2020 in the wake of the alleged ratings scam, as well as those of the Telecom Regulatory Authority of India (Trai), the ministry said.

“The reconstitution of the board and the technical committee to allow for the induction of independent members have also been initiated by Barc. A permanent oversight committee has also been formed. The access protocols for data have been revamped and tightened," it said. Barc has indicated that in view of these changes, it is reaching out to related constituencies to explain the new proposals and are in readiness to commence the release of ratings according to the new protocols, the ministry said.

Barc did not respond to Mint’s queries on directions from the ministry to resume release of viewership data, which was suspended in October 2020 following allegations that ratings were rigged by a clutch of TV channels. Barc said it was pausing the publication of weekly data for news to review and augment the current standards of measurement and reporting data. The exercise would take 8-12 weeks, it said then.

TRP manipulation surfaced when Mumbai police said it had busted a racket based on complaints received from Barc India and Hansa, a consumer insights company and one of the vendors of Barc, about “suspicious trends" and activities. Certain households were paid to keep their television sets switched on, irrespective of whether they were at home, in order to increase the viewership of some news channels, they had said, naming Arnab Goswami’s Republic TV and two other Marathi channels.

Barun Das, chief executive officer, TV9 Network, welcomed the government’s decision to resume news genre ratings. “I have for long been advocating the need to restore ratings while questioning the suspension decision in the first place. News Broadcasters Federation’s efforts in this direction have been exemplary. The decision to have ratings now onwards on a four week rolling average concept is the need of the hour," he said.

Content brands built around the advertising model need to provide accountability to advertisers and agency partners, said Vikas Khanchandani, group CEO, Republic Network. “The data is also an input to various internal teams to sharpen their strategies. Any rolling average format is relevant for smoothening any short-term unplanned spike or decline," he said.

The extended suspension of viewership data for news pushed advertisers to rely on their own research and historical data to deploy advertising money for 15 months. “Industry has been buying time on news channels based on perception. There was no way of knowing which programmes are doing well. Restoring data will help brands and agencies decide where to put their money," said Shashi Sinha, media buying expert and CEO, IPG Mediabrands.

The ministry also announced the formation of a working group under the chairmanship of Prasar Bharti CEO Shashi Shekhar Vempati to study different aspects of capturing data, including return path data (RPD) capabilities, to bolster television rating point (TRP) services. Trai had proposed the use of RPD to increase the viewership sample base. RPD technology enables a set-top box used by cable operators and direct-to-home platforms to capture and report what is being watched.

The ministry said the committee, with five other members, one each from the ministry of electronics and information technology, Barc, Bureau of Indian Standards, All India Digital Cable Federation, and Harit Nagpal, president, DTH Association, should study global best practices in RPD and see if they can be combined with existing sampling methodologies. The working group is to submit its report in four months.

“NBA’s stand is vindicated as the ministry stamps the room for improvement, acknowledges the deficiencies and puts a timeline to ratings release and systemic corrections," the CEO of a leading news channel and member NBA said.