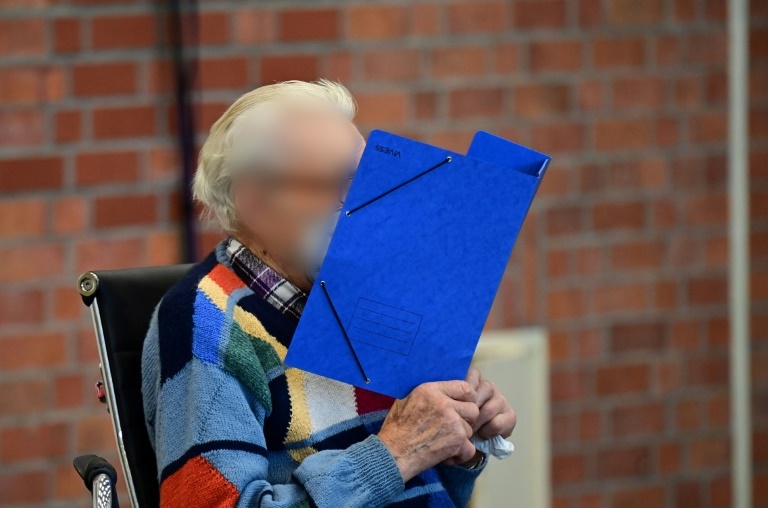 Brandenburg an der Havel (Germany) (AFP) - A 100-year-old former Nazi concentration camp guard, the oldest person charged with complicity in the murder of thousands of detainees, told a German court on Friday that he was not guilty.

"I am innocent," said Josef Schuetz, who stands accused of "knowingly and willingly" assisting in the murder of 3,518 prisoners at the Sachsenhausen camp in Oranienburg, north of Berlin, between 1942 and 1945.

The Sachsenhausen camp detained more than 200,000 people between 1936 and 1945, including Jews, Roma, regime opponents and gay people.

Tens of thousands of inmates died from forced labour, murder, medical experiments, hunger or disease before the camp was liberated by Soviet troops, according to the Sachsenhausen Memorial and Museum.

When asked about his work at the camp, Schuetz insisted that he knew nothing about what happened there and that he did "absolutely nothing".

Allegations against Schuetz include aiding and abetting the "execution by firing squad of Soviet prisoners of war in 1942" and the murder of prisoners "using the poisonous gas Zyklon B".

His claims of innocence sparked an outcry from co-plaintiffs.

Pointing a finger at the accused, co-plaintiff Christoffel Heijer, 84, told the court: "To Mr Schuetz, I would like to say -- I can understand that you were driven by fear of the Nazis to not leave your work, but how did you sleep peacefully for so long?Have you not thought about it?Never felt guilty?"

Christoph Heubner, vice-president of the International Auschwitz Committee deplored that "the silence continues".

"This trial has a significant meaning but it would serve society more if the accused were to participate more," he said.

Schuetz's defence had said at the opening of the case on Thursday that he would not speak about his time at the camp, but would only provide details about his personal life.

Arriving alone on the second day of hearing with his walking aid, Schuetz recounted in detail his past, including his work at his family's farm in Lithuania with his seven siblings before his enrolment in the army in 1938.

After the war, he was transferred to a detainees camp in Russia before he was sent to Brandenburg state in Germany where he worked as a farmer and later as a locksmith.

Speaking with a clear voice, he spoke about his past birthdays with his daughters and grandchildren, or about his late wife.

"My wife always said that 'there's no other man in the world like you'," said the widower since 1986.

Schuetz remains free during the trial.Even if convicted, he is highly unlikely to be put behind bars given his age.

The 2011 conviction of former guard John Demjanjuk, on the basis that he served as part of Hitler's killing machine, set a legal precedent and paved the way to several of these twilight justice cases.

Since then, courts have handed down several guilty verdicts on those grounds rather than for murders or atrocities directly linked to the individual accused.

Among those brought to late justice were Oskar Groening, an accountant at Auschwitz, and Reinhold Hanning, a former SS guard at Auschwitz.

Both were convicted at the age of 94 of complicity in mass murder, but died before they could be imprisoned.

Most recently, former SS guard Bruno Dey was found guilty at the age of 93 last year and was given a two-year suspended sentence.

Separately in the northern German town of Itzehoe, a 96-year-old former secretary in a Nazi death camp is on trial for complicity in murder.

She dramatically fled before the start of her trial, but was caught several hours later. Her trial resumes on October 19.