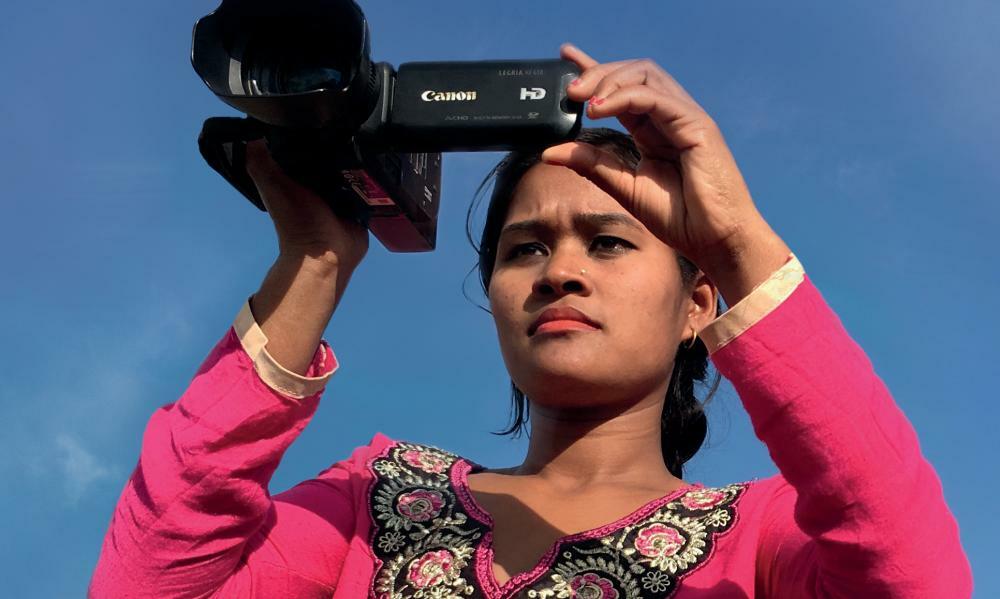 After she took up film-making, Belmaya Nepali had to face disapproval from her husband and her highly patriarchal village in Nepal; but this was only one of the series of obstacles that the budding director has had to deal with. Having fallen in love with images thanks to a photography workshop, Nepali was orphaned at a young age, and suffered the stigma of being lower caste. Her camera was taken away when she was put into a girl’s home. Her formal schooling was undermined by discouragement from her brothers as well as her teachers, one even said she had “cow dung” for brain. Later, after repeated incidents of domestic abuse from her husband, her complaints and attempts to get a divorce were ignored by her relatives as well as the police.

Despite her hardships, what emerges is someone with a determined will to follow her film-making dream. Nepali demonstrates an extraordinary sensitivity to her locale as well as to the social issues that lurk beneath daily life. Co-directed by Nepali and Sue Carpenter, the film shows Nepali in action as well as images of her surroundings seen through her own lens. Here, the approach appears to tip the balance towards outlining Nepali’s life journey and its emotional punch, with the perhaps unfortunate effect of sidelining her creativity. In differentiating sequences shot by Carpenter and Nepali, the film pastes a clumsily generic video-recording rectangle graphic over the latter’s footage; a distracting and possibly unnecessary device. I’d have liked to have seen more of Nepali’s own award-winning short films. Despite this, the film is a stirring look at the painful reality faced by Dalit girls in contemporary Nepal, as well as Nepali’s stunning achievements.

• I Am Belmaya is released on 15 October in cinemas and on digital platforms.