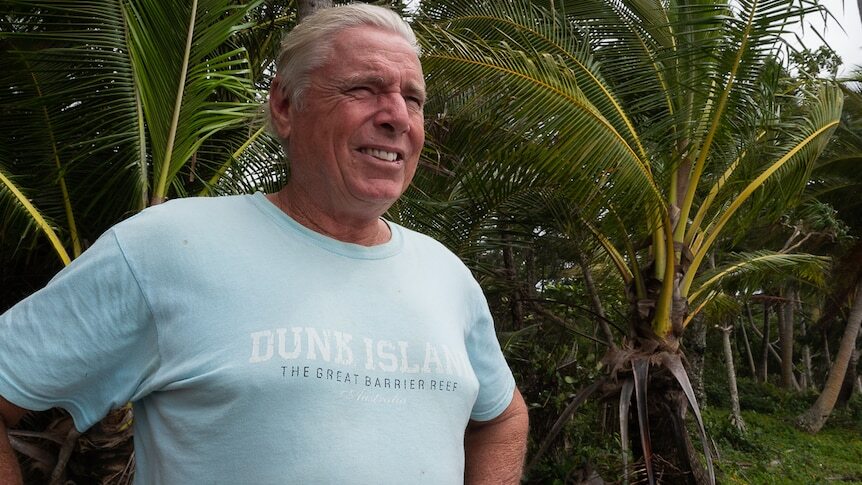 The husband of a woman who died in a skydiving accident in Far North Queensland has launched legal action against the company involved.

Mother-of-eight Kerri Pike was on a tandem jump for her 54th birthday when she was involved in a mid-air collision and fell to the ground at Mission Beach, south of Cairns, in October 2017.

He says he filed the claims in the Cairns District Court to draw attention to an industry he alleges is "completely unregulated".

"I've never been a money person and anybody that knows me will tell you the same thing," Mr Pike said.

"But I've tried every vehicle to try and get the sloppiness of the skydiving industry under the spotlight.

"I don't want another family to go through what we've been through.

"It destroyed my family.

An inquest in Cairns in August 2019 found sports jumper Toby Turner, 34, made an "error of judgment" when he packed his parachute into an incompatible container before the accident.

Turner was killed in mid-air when his chute opened and crashed into tandem jumpers Mrs Pike and Peter Dawson, 35.

He was directly underneath the pair at the time. All three then fell to the ground.

In her findings, coroner Nerida Wilson referred to a lack of regulation for solo sports jumpers.

"There is a culture in the skydiving industry which allows those with experience to self-regulate with regard to downsizing and container compatibility," she said at the time.

Ms Wilson made several recommendations, including that the Australian Parachute Federation implement mandatory day-to-day buddy checks prior to boarding the plane, and six-month equipment checks on all sports rigs.

Mr Pike said the recommendations were not harsh enough on solo jumpers.

"Falling out of the sky at high speed and trying to slap hands — that shouldn't be happening when you have people doing their first jump.

"There is very scant regulation within the whole skydive industry."

Mr Pike said the years since his wife's death had been particularly hard on their eight children.

"You have to rebuild your whole life," he said.

The ABC has contacted the Australian Parachute Federation, which regulates sports skydiving in conjunction with the Civil Aviation Safety Authority, for comment.