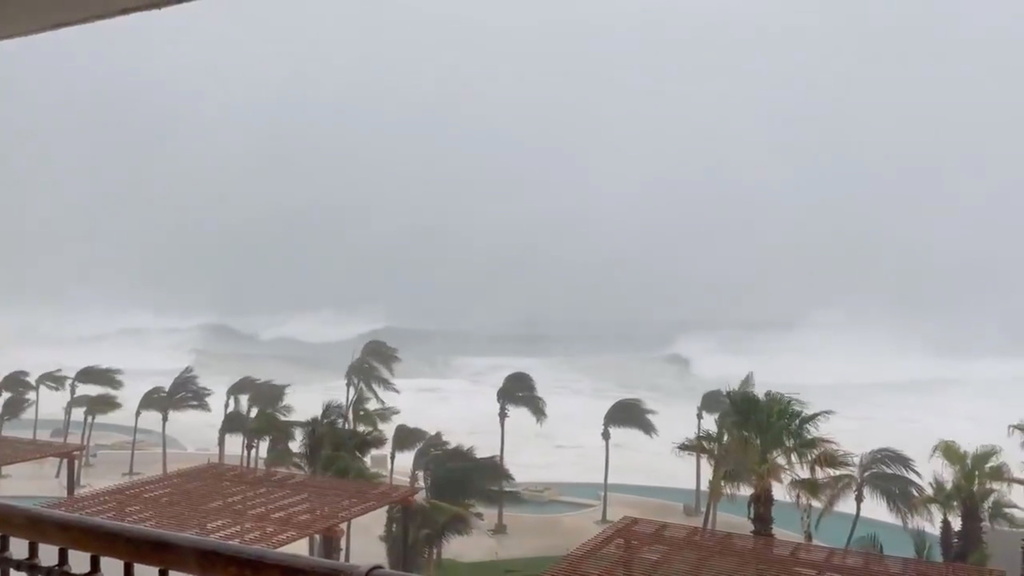 Olaf was downgraded to a tropical storm and was packing maximum sustained winds of near 70 mph (110 km/h) on Friday, as it lashed Mexico's Baja California Sur with heavy rains, the U.S.-based National Hurricane Center (NHC) said.

The storm's winds have died down from a maximum of 100 mph, a Category 2 hurricane on the five-level Saffir-Simpson scale, when it hit land near San Jose del Cabo at 10 p.m. on Thursday night.

The Miami-based NHC said the center of Olaf was located some 65 miles west of La Paz, Mexico, and was moving northwest at 10 mph at 1500 GMT.

"On the forecast track, the center of Olaf will move along the southwestern coast of Baja California Sur today and then move westward away from land by tonight," the NHC said.

Olaf is forecast to produce total rainfall of five to 10 inches, with maximums of 15 inches across parts of southern Baja California Sur on Friday, which may trigger "significant and life-threatening" flash flooding and mudslides.

Swells generated by Olaf are affecting portions of the coasts of Mexico's southern Baja California Sur, Nayarit and Sinaloa. The NHC said the swells will spread northward along the west coast of Baja California Sur through Saturday and are likely to cause "life-threatening" surf and rip current conditions.

Additional weakening of Olaf is expected over the next couple of days, and the storm is forecast to degenerate to a post-tropical cyclone on Saturday and weaken to a remnant low on Saturday night.

Authorities late on Thursday had reported fallen trees and power outages in Los Cabos. Shelters were opened for some evacuations in vulnerable areas.

There are no oil installations on Mexico's Pacific coast, but there are tourism destinations.