Hurricane Nicholas makes landfall in Texas: Over 200,000 without power in state 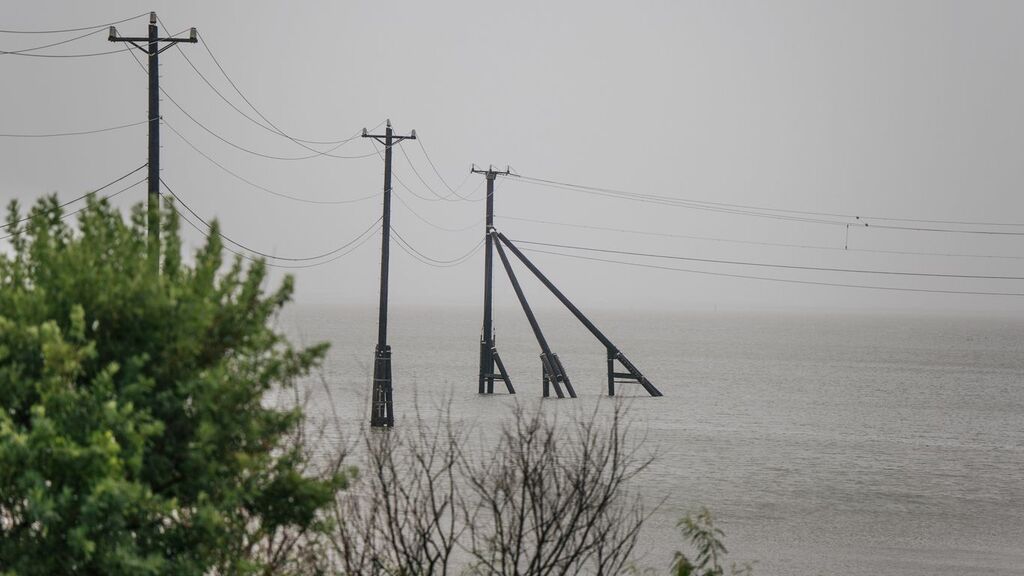 Hurricane Nicholas made landfall near Sargent Beach, Texas, Tuesday morning — threatening to bring up to 18 inches of rainfall and flooding to parts of the state and Louisiana, per the National Hurricane Center.

What's happening: Heavy rains, high winds and "dangerous" storm surges were ongoing, said the NHC, confirming just before 2a.m. that the Category 1 hurricane had hit the state. Nearly 200,000 customers had lost power in Texas by 3:30 a.m., per the utility tracking site poweroutage.us.

1230 AM CDT 14 September -- Hurricane #Nicholas has made landfall on the eastern part of the Matagorda Peninsula, about 10 miles west-southwest of Sargent Beach, Texas. Maximum sustained winds were 75 MPH with higher gusts at landfall.

Threat level: A hurricane warning was in effect from Port O'Connor to Freeport in Texas, and a hurricane watch was issued for Freeport to San Luis Pass in the state.

State of play: The storm was packing maximum sustained winds of 75mph, as the center of the storm moved about 25 miles west-southwest of Freeport at 2a.m. ET, according to a National Hurricane Center advisory.

What to watch: "Nicholas is expected to produce storm total rainfall of 6 to 12 inches, with isolated maximum amounts of 18 inches, across the upper Texas coastal areas into Wednesday," the NHC said.

Background: Nicholas made landfall some three hours after the National Hurricane Center upgraded it from a tropical storm.