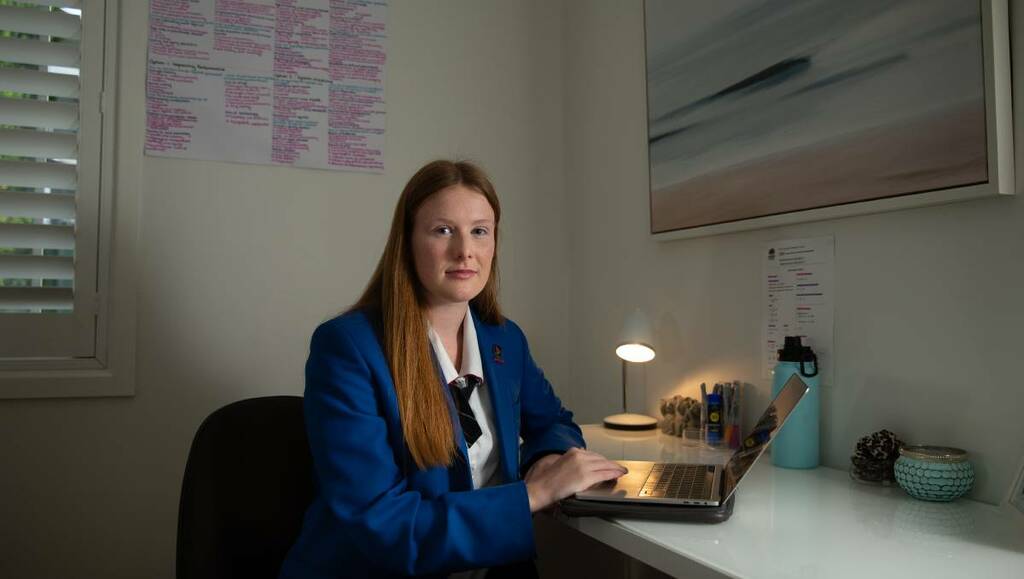 WHILE studying for the Higher School Certificate, Natalie Harris has also been a participant in the "vaccine race".

"It's been a bit difficult," said the 17-year-old from Kahibah. "I wanted to be vaxxed before going back to school, in the event we got back to school."

The Year 12 student from St Mary's Catholic College at Gateshead already had appointments at the Belmont COVID-19 Vaccination Centre to receive two Pfizer shots. However, when the rescheduled HSC was confirmed, Natalie realised her second jab was just two days before her English exam.

"I was nervous I might be sick while trying to prepare," she said, adding a couple of her friends had felt unwell after being vaccinated.

So Natalie and her mother, Kellie Harris, went to the Belmont hub twice, on Friday and Saturday, seeking to bring forward the date for her second shot. They had seen on the news that HSC students in areas of concern in Sydney, as well as some pupils interstate, had been given priority to be vaccinated. But Natalie Harris was told at the hub that she was not considered a priority, and her date could not be moved forward.

"That was so frustrating," said her mother. "Natalie's anxiety was through the roof."

"I was confused," Natalie Harris said, feeling as a student in regional NSW she was not receiving the same opportunity . "If they [some HSC students in Sydney] are going ahead, why can't we be vaccinated? I felt let down. I just don't understand why I wasn't a priority as well."

For Natalie Harris and her mother, the hunt for vaccination dates at a medical centre went into overdrive. Parents of other local HSC students swapped information, trying to get their children fully vaccinated before the November exams.

"Everyone is searching and searching," said Kellie Harris.

"As a parent, you feel that pressure. It really was the vaccination race. I was taking on super-stalking powers, as only a parent can, because you'd do anything to relieve the stress of your children."

The Harrises found an opening at a surgery at Toukley, on the Central Coast, in time for Natalie to have both shots well before her exams.

"The relief," said Kellie Harris. "You could see her face light up, just to know that it was moved away from the exams."

On Tuesday, the family managed to get a slot closer to home, at a practice in Charlestown, with the first jab next week.

"There is so much uncertainty out there, and it does weigh so heavily, so you're just trying to make that one little thing better," said Kellie Harris.

The Harrises realise they are not alone. As does the state Member for Swansea Yasmin Catley. For the MP has not only seen her office "inundated" with calls from concerned parents and students, she too has been in the vaccine race.

Ms Catley's daughter, Charlotte, is sitting for the HSC, and her second jab is in the midst of her exams.

"We're trying to find an appointment sooner," Ms Catley said. "You're trying every day; it's like a needle in a haystack."

Yasmin Catley, who is also the Shadow Minister for the Hunter, has called on the NSW Government to prioritise all HSC students, to "guarantee" they are fully vaccinated by the time they sit their exams. .

'It is time Hunter HSC students were afforded the same access to vaccines that their counterparts in Sydney have been," she said.

In a statement, a Hunter New England Health spokesperson said the vaccine rollout, including the allocation of vaccines and priority groups, was determined by the Federal Government.

"At the Belmont hub, while we have a good supply of AstraZeneca, Pfizer supplies are still limited, so appointments are less available," the spokesperson said. "As more Pfizer is made available, we will be in a position to provide more appointments to the community."

The principal of St Mary's Catholic College, Larry Keating, said the hunt for vaccines added pressure to Year 12 students and their families.

"It's not fair to all those students, across the state, across the nation," Mr Keating said of the COVID disruptions.

But he added it was an opportunity for everyone to be reminded that humanity was the most important thing, and "getting to understand there's more to life than a HSC exam".

As for the vaccine rollout, Mr Keating said he understood why, if one area had more COVID cases, then there was a need for limited resources to be directed there.

Natalie Harris hopes the political and health leaders understand that no student should feel left behind.

"Yes, we want to do the exams, but we want to do them safely, and for us to be provided for," she said. "And everyone in the state is feeling the same, not just the Sydney kids being vaccinated; the regional kids as well.

"Given the disruptions, everyone should be on a level playing field."