Labor held on to the marginal seat of Hunter on Saturday night as the region's four members of Parliament contemplated governing the nation for the first time in their careers.

The margins are all preliminary and could change as counting continues over coming days, but election analysts awarded victory to Labor in all four seats.

Ms Claydon, Ms Swanson and Mr Conroy have spent their entire Canberra careers on the Opposition benches during the Coalition's nine-year reign, but Labor was poised late on Saturday to win enough seats to govern either in minority or in its own right.

"I hope it will be a very different Parliament to the one I've been in for the past nine years," Ms Claydon told the Newcastle Herald after claiming victory with a projected 17 per cent margin.

Labor's biggest win in the region was in Joel Fitzgibbon's former seat of Hunter, despite vigorous campaigning by Deputy Prime Minister and Nationals leader Barnaby Joyce in the electorate.

Mr Fitzgibbon retired this year after waging a war against his party's climate policies. He hand-picked Mr Repacholi to replace him, a move endorsed by Labor leader Anthony Albanese last year.

Some of the Hunter branch rank-and-file were livid at Mr Albanese's intervention, but Mr Repacholi, a former coal truck driver at Mount Thorley mine, proved a tireless and ultimately successful campaigner.

"I'd like to thank you voters for giving me this opportunity to represent you," he said.

The Labor win means University of Newcastle will get a $16 million hydrogen and clean energy testing centre and the Hunter will have its GP Access After Hours service funding restored.

Cessnock Hospital will get a new urgent-care medical clinic, and Muswellbrook town square will receive a $10.5 million upgrade.

Labor also promised to fund upgrades to Mandalong Road at Morisset and honour the Coalition's commitment of $182 million for a hydrogen manufacturing hub at Newcastle port.

A permanent dredge for Swansea Channel and extending the Newcastle Mines Grouting Fund to Lake Macquarie were also among Labor's election pledges.

Perhaps most importantly, Labor promised $500 million during the campaign to start work on high-speed rail between Newcastle and Sydney.

One Nation's vote in Hunter was cut in half as Dale McNamara registered 10 per cent of the primary vote. It was a similar story in Paterson, where Neil Turner's vote was down from 14 per cent in 2019 to 8 per cent.

"I expected to take a hit because I thought the vote might have been spread among the other minor parties," he said.

The Greens performed so well in Newcastle that candidate Charlotte McCabe claimed the party was now the "opposition" in Australia's seventh largest city.

Ms McCabe had 20 per cent of the primary, up five percentage points on 2019, and trailed the Liberals' Katrina Wark by only three points.

"We're now the opposition in Newcastle," she said.

"The Libs abandoned this seat while we engaged and listened. They barely campaigned, and they didn't have many people on the ground today."

The Greens' national vote was up from 10.4 to 12.5 per cent. The party gained a second lower-house MP in the Queensland seat of Ryan and was ahead in nearby Griffith.

The Liberals were on track to lose six percentage points in Newcastle but chipped away slightly at Labor margins in Shortland and Paterson.

The Nationals' primary vote in Hunter grew from 23 to 26 per cent, but it was not enough to challenge Mr Repacholi, who grew the Labor primary slightly to 39 per cent.

The Liberal Party was left licking its wounds after losing a host of inner-city blue-ribbon seats, including mostly likely Treasurer Josh Frydenberg's Melbourne electorate of Kooyong.

Defence Minister Peter Dutton just hung on to his seat and remains a possible successor to Scott Morrison, who will leave a party with plenty of soul-searching to do.

Mr Morrison made a concession speech at 10.50pm, and the only question remained whether Labor would govern in its own right after a 2.7 per cent national swing in its favour.

Mr Albanese is poised to form government despite Labor winning only 31 per cent of the primary vote. 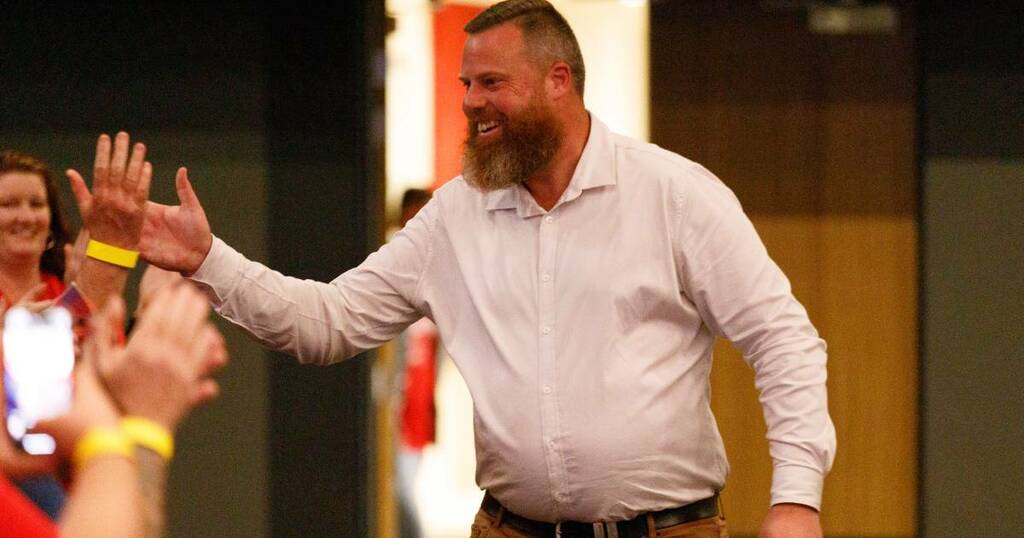 Jobs, GPs and dredging are the tone of Hunter's new political voice
With big ambitions for the electorate's energy future, Labor's fresh face in the Hunter says he's here to stay.