Hungary awaits Pope Francis with a sweet "Bite of Heaven" 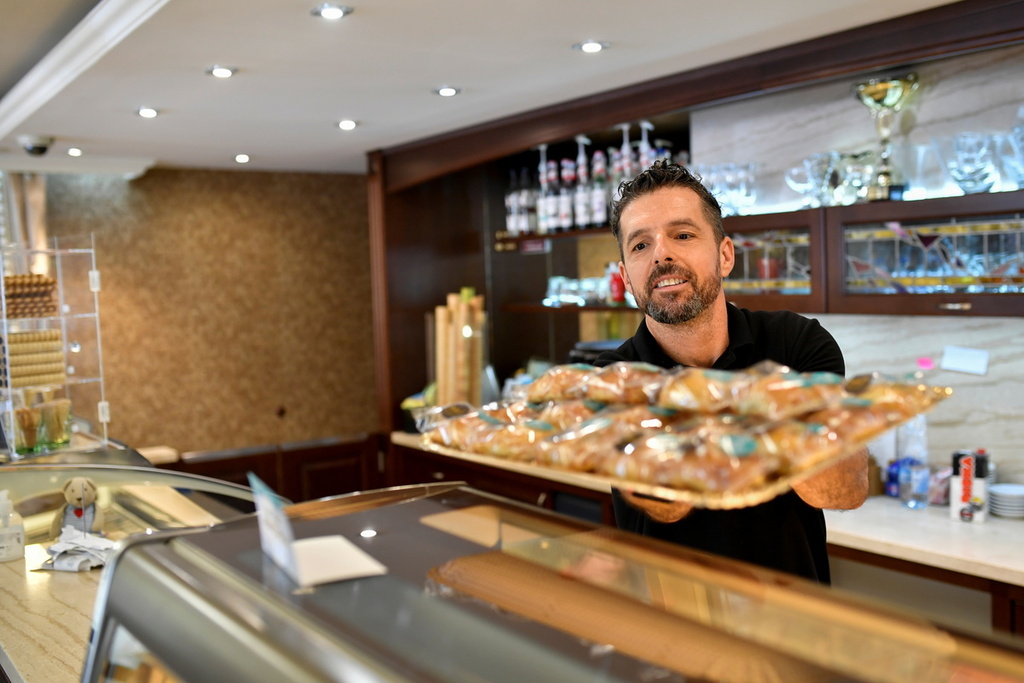 Confectioner Zsolt Karl has made a special cake he calls "a bite of Heaven" using dried fruits mentioned in the Bible and hopes Pope Francis will taste his creation during his visit to Hungary this Sunday.

Pope Francis is due to arrive in mainly Roman Catholic Hungary on Sunday to celebrate a Mass in Budapest's historic Heroes' Square. Then he will head on to Slovakia the same day for a visit culminating in a open-air Mass at the Sastin pilgrimage site in western Slovakia on Sept. 15.

Karl, who runs his cake shop in the small town of Dunaharaszti, south of Budapest, won a national competition for the cake, which he served for the first time at a Eucharistic Congress in Budapest this week.

"I cooked a sugar syrup with cinnamon and honey, and I put the diced dried fruits in it," he said.

"We experimented with the proportions of the dried fruits so that when one eats the cake one feels different tastes in every 5-10 seconds."

Under the conditions of the contest the cake had to be simple, last long without cooling and be made using ingredients contained in the Bible such as figs, dates, apricots, plums, and honey.

Karl's cake, which has a pastry similar to a Hungarian specialty "beigli", a roll usually filled with poppyseed or walnut and traditionally made for Christmas, is filled with dried figs, plums, dates and apricots, as well as candied cherries, sugared orange peel, and roasted almonds.

"I really hope that the Pope will taste our pastry," Karl said.

(Writing by Krisztina Than, Editing by William Maclean)