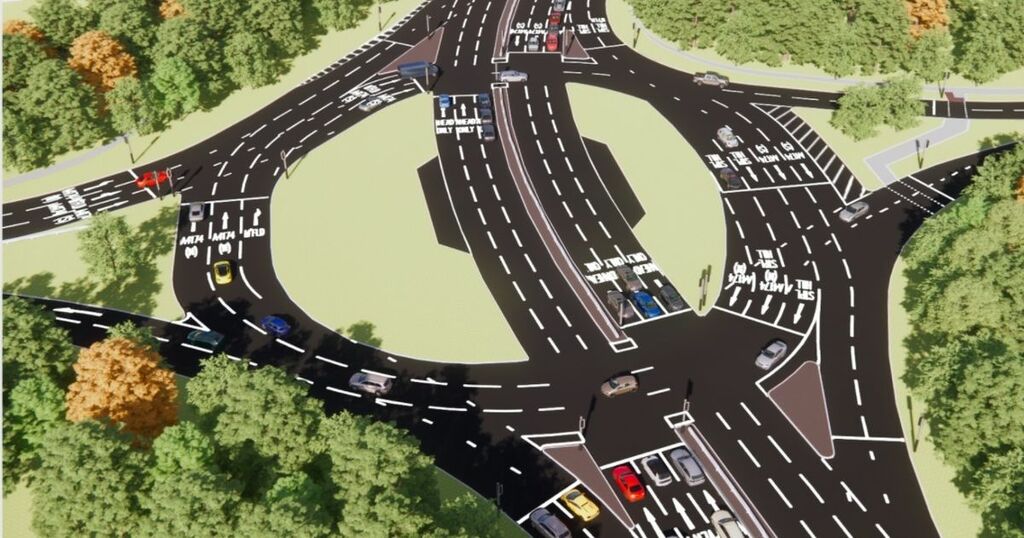 More than 700 people have signed a petition to scrap controversial £30million plans for five roundabouts on Bristol Ring Road.

It comes as West of England mayor Dan Norris has stepped up his opposition to the A4174 road-widening proposals, branding them as mere “tinkering” when much more needs to be done to tackle the climate emergency.

South Gloucestershire Council, which announced the scheme and launched public consultation in May, insists the measures will ease congestion and reduce air pollution.

The improvements would be paid for largely by the Government and include extra traffic lights, carriageway extensions and “throughabouts” with more lanes through the middle of existing roundabouts from Lyde Green to Kingsfield – but no bus lanes.

The Green Party has launched a petition to try to stop them, which had 720 signatures on Friday afternoon (September 10).

He told BBC Radio Bristol: “In terms of the efficiency of the roundabouts, you might get through the roundabout a bit quicker if you’re going straight ahead, but people will be waiting longer from all the side roads in Warmley, Longwell Green and Mangotsfield and will be idling, which is really bad for air quality.

“When you increase capacity on roads, which they’re doing, you basically induce demand, so you make it easier for cars.

“People will drive more, it locks in car-dependency.

“The modelling shows the side roads will be a lot worse affected.

“The other thing is the years and years of disruption this will cause.

“There is absolutely nothing for active travel or public transport improvements.

“Spending £30million to improve these throughabouts is a complete waste of money.”

“If we are to meet that target, we have to reduce our CO2 emissions by 10 per cent every single year, year on year.

“What I’m concerned about is that when you do any road programme you just make it easier for cars in the short term, so more people make car journeys and you end up in the same place or even worse.

“We are victims in this region because the Government is making this money available for roads when really they should be making it available for car charging points or bus lanes, things that would really make a difference, or to allow people to walk, cycle or wheel.

“The reality is that this is just tinkering. Because the climate emergency is so vast, we have to do more, frankly, than just tinker with five roundabouts on our ring road.

“What we need to do is change behaviour.

“it’s crazy to spend £30million and not do something to improve public transport so that people can switch from cars, because that is key.”

South Gloucestershire Council Conservative cabinet member for regeneration, environment and strategic infrastructure Cllr Steve Reade said: “There is an increasing volume of traffic, and having declared a climate emergency we do need to improve the efficiency of the roundabouts.

“We are not building extra roads, we are improving the roads that we’ve got.

“We are not building extra lanes, it is simply using the lanes that we’ve got.

He said that the modelling showed that overall the traffic delays would be “considerably less”.

The Department for Transport will consider the feedback from the public consultation before making a decision.

The petition is here.