Hundreds of children referred to experts during pandemic over fears of criminal, sexual and labour exploitation 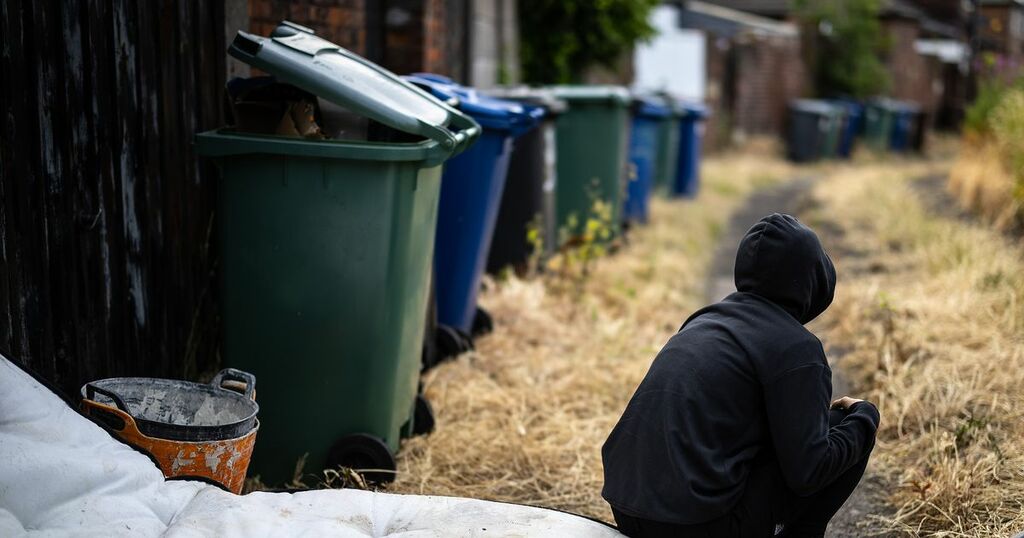 Hundreds of children across Greater Manchester have been referred to experts during the pandemic over fears they are being exploited as victims of trafficking or modern slavery.

In total, 363 children in the Greater Manchester Police force area were referred into the National Referral Mechanism (NRM) between January 2020 to June 2021.

They were referred for a variety of reasons - including criminal, sexual and labour exploitation.

It’s not known exactly how many were referred over fears they were being groomed by so-called ‘county lines’ drugs gangs.

But government statistics show that nationally, referrals over county lines almost doubled (up by 49%) during that period, rising from 1,049 to 1,481.

Earlier this year, a Manchester Evening News investigation revealed how the pandemic has increased the vulnerability of youngsters to gangs, drugs and serious violence.

With children spending months away from schools, criminals were able to exert more of a malign influence than ever before.

One senior figure in child protection told us how knives are being put in youngsters' bags by gangsters who want control over pupils, and so set out to get them excluded.

And, over a ten week period in the summer, medics at four Greater Manchester hospitals - including the children's hospital - saw 68 young people referred with injuries sustained through violence.

One mum told us how she was forced to flee the region when someone attempted to 'murder' her son.

While another said she is terrified that her son will get caught up in the crossfire of a gang conflict.

Referrals in which trafficking was identified doubled from 85 to 178.

The exploitation of children for crime is an increasing concern among parents, teachers, social workers and charities.

As such, The Children’s Society has just been given £2.5million in funding to support victims of child exploitation and their parents in Greater Manchester - including those exploited into county lines drug dealing.

It’s hoped the cash boost will benefit around 250 children and 270 parents or carers across Greater Manchester, Birmingham and London by 2024 through the charity’s Disrupting Exploitation programme.

The money, from the National Lottery Community Fund, will allow the charity to continue its work to disrupt all types of child exploitation.

Lucy Dacey is the charity’s Disrupting Exploitation programme manager. She says the funding will help children at risk of being criminally exploited.

“This help is more important than ever right now, with predators trying to take advantage of children following successive lockdowns which have left many feeling isolated, struggling with their mental health and worried about everything from Covid to family finances,” she says.

Lucy says: “Every time a vulnerable child is arrested, at risk of being excluded from school or assessed by social care, it could be a golden opportunity to identify exploitation and protect a young person.”

Across the country, there are numerous examples of youngsters being groomed with offers of friendship, cash, drugs and alcohol before being coerced to carry and weapons.

The typical County Lines operation will manage a phone line which users call to get heroin and crack cocaine.

Often using violence to establish themselves in a patch with soft competition, they will take over the homes of addicts and other vulnerable people to use as 'stash houses' - and exploit children as runners to carry out their deals.

These runners are often asked to intimately conceal drugs in their bodies, a practice known as ‘plugging’.

Practitioners from The Children’s Society offer one-to-one and group work to help families and organisations understand grooming and exploitation and support them to stay safe.

The charity works with police and social services to reform the way they respond to criminal, sexual and labour exploitation and support young victims.

“The pandemic has had a significant impact on the lives of young people and has heightened the risk of exploitation for some of the most vulnerable,” John Mothersole, at the National Lottery Community Fund said.

“Thanks to National Lottery players, we’re able to do our bit by continuing to support this charity’s great efforts to reach even more children.”