Hundreds object to 'dangerous' housing scheme next to school 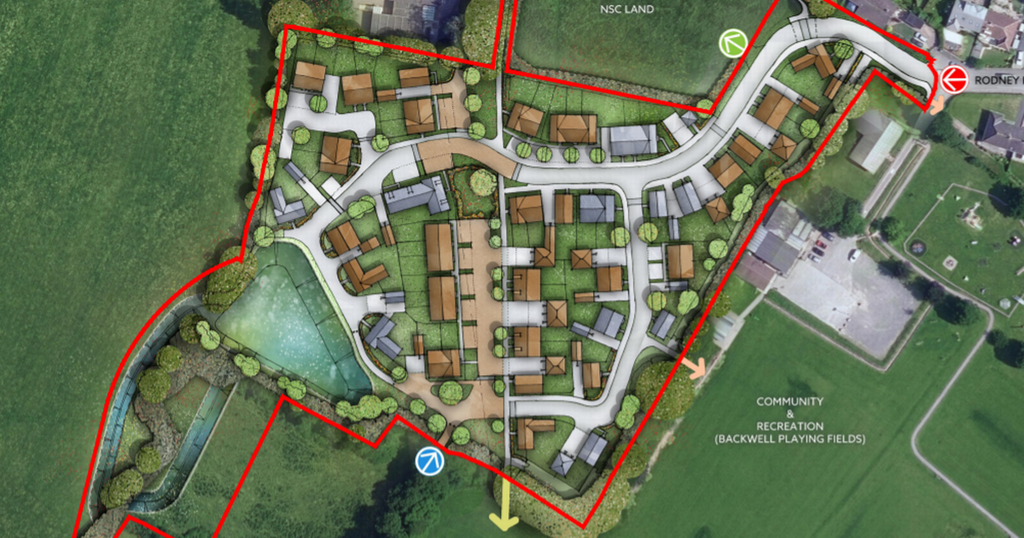 Taylor Wimpey wants to build 65 homes on a 2.3-hectare site off Rodney Road, next to West Leigh Infant School. The developer describes the land as "irregularly shaped, unmanaged pasture field".

The application has attracted 374 responses — 363 objections, three in support and eight neither. Many of the comments air fears over traffic levels and safety for school children.

One local wrote: "I want to object to this in the strongest possible terms. As a resident of Westfield Close, with children having been at pre-school and now infant school in this area, building this number of houses on the lovely green field adjoining the two sites would be awful. The kids walk between the two, and this would be destroyed.

"Also, Rodney Road cannot handle any more cars. Access would be dangerous, especially with the number of children walking to school."

Taylor Wimpey initially proposed 35 per cent of the development as affordable housing, but this later dropped to 30 per cent. North Somerset Council's housing officer has requested a tenure split of 77 per cent social rent and 23 per cent shared ownership.

The developer says hedgerows and trees around the land would be "enhanced", but a drainage system would require "limited removal of vegetation". It has promised an "off-site contribution to address the shortfall in bat habitat".

The "dominant" height in the development would be two-storey, though Taylor Wimpey says this would be interspersed with single-storey buildings such as garages.

One Backwell resident commented: "I understand the need for more housing locally, but I strongly object to this proposed location. I have children at West Leigh Infant School and Rainbow Pre-school, and access is already difficult in the area.

"Adding another 60 households getting in and out will make it extremely dangerous for pedestrians with young children on the school run."

Get the best stories about the things you love here.

Objecting to the plans, Backwell Parish Council accused the scheme of falling "far short of providing a safe and usable access route for vehicles and pedestrians".

The parish council added: "The narrow approach is barely wide enough for two cars, and hence the introduction of a priority enter and exit approach which confirms the severe narrowness of the site.

"The pedestrian access necessitates pedestrians crossing over now to gain access on the southerly side of the pavement and again adds risk especially to the young children... Limited details on signage at these crossings and the bottlenecks that will be caused altogether show why this access plan should be refused."

Avon and Somerset Police's 'designing out crime' officer also responded, arguing that "careful consideration must be given to the proximity and positioning" of any homes near the skate ramp, zip wire and bike track in the playing field close to the site.

Backwell Residents Association (BRA), which represents 400 households, says it is "particularly concerned" about the safety of the proposed access point.

"BRA is concerned that the frequency and volume of trips by cars, pedestrians, cyclists and particularly young families and unaccompanied children through the playing field's entrance/exit... will result in conflict between vehicles and pedestrians, which would prejudice highway and pedestrian safety."

The association expressed "disappointment" that the 35 percent affordable housing provision had been revised to 30 per cent, though it acknowledged the new level complies with planning policy.

BRA also argued a lack of "complete surveys" on bats in the area means the impact of the scheme on wildlife "cannot be appropriately assessed".

In its application, Taylor Wimpey says: "Green spaces will maintain a naturalistic appearance with informal play opportunities and circulation built in, with connectivity to the wider landscape features and to footpaths and recreation facilities ensuring a good multifunctional green infrastructure is delivered accordingly."

Addressing the objections, a spokesperson for the developer said: “We understand and appreciate the concerns of local residents regarding our proposals for a new development in Backwell and would like to reassure them that the health and safety of the local community is always a priority for us when we plan and build new developments.

“Preserving and enhancing local wildlife is also a key consideration, and we always ensure that appropriate surveys are carried out before final planning decisions are made.

“We are confident that we have prepared a high-quality development scheme which will provide much-needed new homes for the local area, including 30 per cent affordable housing as per council policy, and we will continue to engage with local people and other key stakeholders as we progress through the planning application process.”