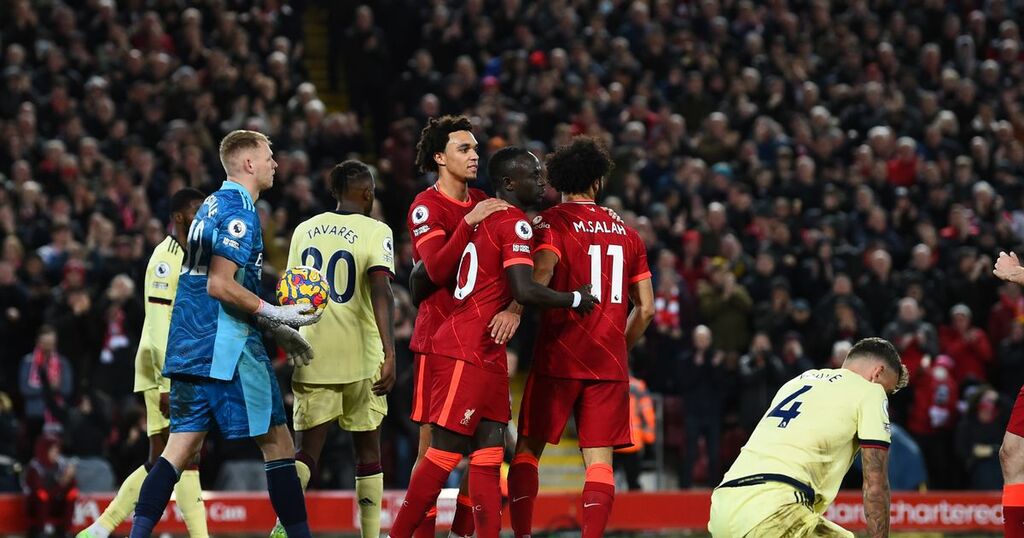 Arsenal supporters have been reacting to what they saw in their side's 4-0 defeat to Liverpool on Saturday evening.

The Gunners didn't start the game too badly, but the Reds moved up a gear in the latter stages of the first-half and started the second period tremendously.

Sadio Mane handed the hosts the lead at Anfield after heading in from a Trent Alexander-Arnold free-kick and Diogo Jota made it 2-0 to Liverpool early in the second-half.

Mohamed Salah made it 3-0 to Jurgen Klopp's men, before substitute Takumi Minamino wrapped up the scoring with the Reds' fourth with just over 10 minutes remaining.

The result means that Arsenal have been beaten for the first time in 10 games - in all competitions - and it has left some Gunners supporters suggesting that the match at Anfield was somewhat of a reality check for Mikel Arteta and co.

@itsDayG: "Liverpool away was too much of an ask for these young Gunners but top four is still a possibility."

@KingEmma87: "Don't panic Gooners all over the world. We are progressing, this is just one of those odd days and also reality checks. We stay together at this point. Let's support the boys and the manager. #AFC."

Arteta now has the task of making his players react in the right way, with a home clash with Newcastle United next weekend, meaning it will be almost a full week of preparation at London Colney.

Arsenal remain in fifth following the defeat - missing the opportunity to climb into the top four of the Premier League table after the below-par display at Anfield.