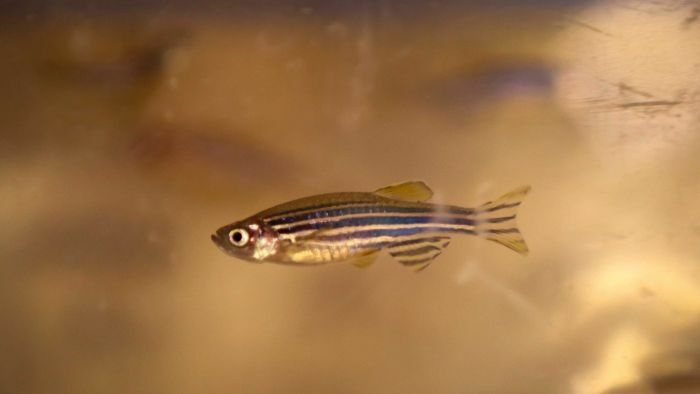 Melbourne scientists say they have found a way to harness the power of stem cells and make them regenerate muscle, in a discovery that could offer hope for muscular dystrophy sufferers, the elderly and people with muscular limb damage.

By isolating a naturally occurring protein created in the body, they have been able to completely reverse what were thought to be irreparable muscle injuries in some animals, and are hopeful the treatment will work on humans as well.

Although it has long been known that stem cells drive the repair of muscles after an injury, growing them in a lab setting and then artificially applying them to muscle injuries has not worked.

"They don't undergo their rounds of replication that stem cells are known to do, and we figured that was likely due to the fact that we didn't understand something essential about the way they were being stimulated during repair."

"We wanted to crack that nut, kind of the holy grail of muscle stem cell biology."

Enter the zebrafish, a transparent creature which allowed researchers to watch muscle repair in real-time.

Scientists, led by PhD student Dr Danni Ratnayake, watched how tiny larvae of the fish responded to repair their muscles after they had been damaged.

What they saw was immune cells, known as macrophages, playing a big role in nourishing the stem cells to duplicate and start to fix the muscle.

Previously, it was thought macrophages only cleaned up a muscle injury, and played no role in repair.

"[The macrophage] was loving the stem cell," Professor Currie said.

Once they had activated one stem cell, the macrophages would move on and 'cuddle' the next stem cell, until there was enough division and proliferation that the wound would heal.

Buoyed by the discovery, the researchers then isolated the relevant proteins in the macrophages, and applied them directly to muscle injuries in mice.

"Normally the muscle wouldn't repair itself, [but] over the course of a week or so the muscle [regenerated] and when you look at the muscle it's like nothing ever happened. It was that complete a reversal," Professor Currie said.

Research fellow Dr Ziad Julier, who was involved in the mice experiments, said the speed and extent of the repair was something he hadn't seen before.

"We were quite impressed because it looked pretty promising. It's uncommon for a single protein to induce such a large effect," Dr Julier said.

The research was published in the scientific journal Nature on Thursday, and the team is looking for a pharmaceutical partner to work towards clinical trials, which are at least two years away.

"If you've got a molecule that's able to reverse that — that would increase the health span of the elderly, protect them against frailty and falls," Professor Currie said.

Dr Julier said he was hopeful the research would change lives.