In the 48 hours leading up to Passover, Defense Minister Benny Gantz signed six administrative detention orders for east Jerusalem Palestinians and for Israeli Arabs living in the Galilee. In total, during the three weeks prior to the holiday, 19 administrative arrest warrants were issued, including two for Israeli Jews.

Occurring in the aftermath of a series of murderous terror attacks, Gantz chose to publicize these detentions, understanding that Israelis would welcome the preemptive arrests and appreciate his efforts to heighten public security.

In Beersheba, Muhammad abu Alkiyan, a Bedouin-Israeli from the town of Hura, had murdered four people, and in Hadera, Umm el-Fahm residents Ayman Ighbariah and Ibrahim Ighbariah had killed an additional two people. In both cases, the terrorists had known ISIS sympathies and many Israelis were asking if the security services had not been negligent in allowing them to roam free.

But if the public justifiably demands the government protect it from terror attacks, the organized human rights community routinely condemns Israel’s use of administrative detention.

The critics point to the fact that the administrative detainee has yet to commit a crime, detention being a preventative tool based on the concern that the individual plans to break the law in the future. The detainee is therefore imprisoned without having committed a crime and in the absence of the due process to which he or she is entitled.

B’Tselem - the Israeli Information Center for Human Rights in the Occupied Territories, characterizes the process thus: “The person is detained without legal proceedings, by order of the regional military commander, based on classified evidence that is not revealed to them. This leaves the detainees helpless – facing unknown allegations, with no way to disprove them, not knowing when they will be released and without being charged, tried or convicted.”

Although international law permits administrative detention – it has been used in democracies like Australia, Britain, India, and the United States – the practice does undoubtedly involve the abandonment of normal legal procedures: the specifics of the charges are not presented in an open court, the state’s evidence is not introduced in a transparent manner and the defendant’s legal team is incapable of cross-examining prosecution witnesses.

The Israeli government counters that it is untenable to wait for an attack to materialize and only then bring the perpetrator to trial. It holds that if there are reasonable grounds to conclude that an individual is a risk to public safety, it is only right to preempt and arrest, as effective counterterrorism necessitates a strategy based on prevention.

And if prevention is key, then efficient intelligence gathering is vital. The Shin Bet, the government agency at the forefront of Israel’s counterterrorism efforts, works hard on obtaining actionable intelligence on upcoming terror attacks to thwart their occurrence.

The agency argues that often information on planned terrorist activity will come from an intelligence source whose exposure in an open courtroom will destroy its future effectiveness. If a human source is disclosed, presumably the Shin Bet’s agent will immediately face murderous retribution from terrorist organizations. If it is an electronic method of gathering information, the divulgence of a specific means can bring into question its continued viability.

Of course, it is crucial to avoid possible abuse by the security services and Israel has established a set of protocols that accompany the process. The case of every administrative detainee must be brought before a judge within eight days of an arrest, the judge ruling as to the validity of the detention, as well as on its duration.

Immediately following the judge’s decision, the detainee can contest the ruling by petitioning Israel’s High Court of Justice. Internationally renowned for its independence and professionalism, the Court has noted the importance of the appeal process in all cases of administrative detention, automatically hearing such petitions in a three-justice panel.

The court has ruled that these detentions must be seen as an extreme measure and used with great care, as infrequently as possible and justified only in exceptional circumstances. Administrative detentions can never be used as a punitive measure, nor can they occur when the alleged danger to public safety can be prevented through criminal proceedings or administrative measures less injurious to the human rights of the detainee.

The bottom line is the court has stressed that the use of administrative detention is contingent upon the absence of other legal means and that the process can only be used against an individual who specifically poses a direct danger to the safety of the public. When these parameters are met, Israel’s justices will routinely uphold administrative detention orders brought before them.

For human rights absolutists, these procedures do not suffice; their opposition to administrative detention is principled and all-encompassing. For security maximalists, the court-imposed legal constraints can be seen as a superfluous interference in the vital work of the Shin Bet to protect the public.

Often, this debate is portrayed as a left vs right issue in Israeli politics, the left championing a human rights approach, the right prioritizing effective counterterrorism. But, it is not always the case.

A 2015 arson attack in the West Bank village of Duma involving the firebombing of a Palestinian family’s home by Jewish vigilantes led to the deaths of three people, including 18-month-old Ali Dawabsheh, who was burned alive in the flames. Israel’s security cabinet instructed the Shin Bet to utilize all available counterterrorism tools to further prevent such atrocities and to bring the perpetrators to justice.

The ensuing arrests of Jewish extremists inverted the conventional Left-Right divide, with some on the national-religious Right protesting the debasement of the Jewish detainees’ democratic rights, while many voices on the liberal left were supportive of the aggressive steps taken by the security services.

Politics aside, Israel’s policy of administrative detention recognizes the seriousness of the terrorist threat facing the public, and yet sustains checks and balances designed to achieve effective judicial oversight. In so doing, Israel’s practice involves rejecting both a die-hard security-only approach and the purism of the organized human rights community.

Certainly, the latter remains highly critical of Israeli policy, but perhaps it would be conducive to remember that the Universal Declaration of Human Rights declares that: “Everyone has the right to live, to be free, and to feel safe.”

The writer, formerly an adviser to the prime minister, is a senior visiting fellow at the INSS at Tel Aviv University. Follow him at @Ambassador MarkRegev on Facebook. 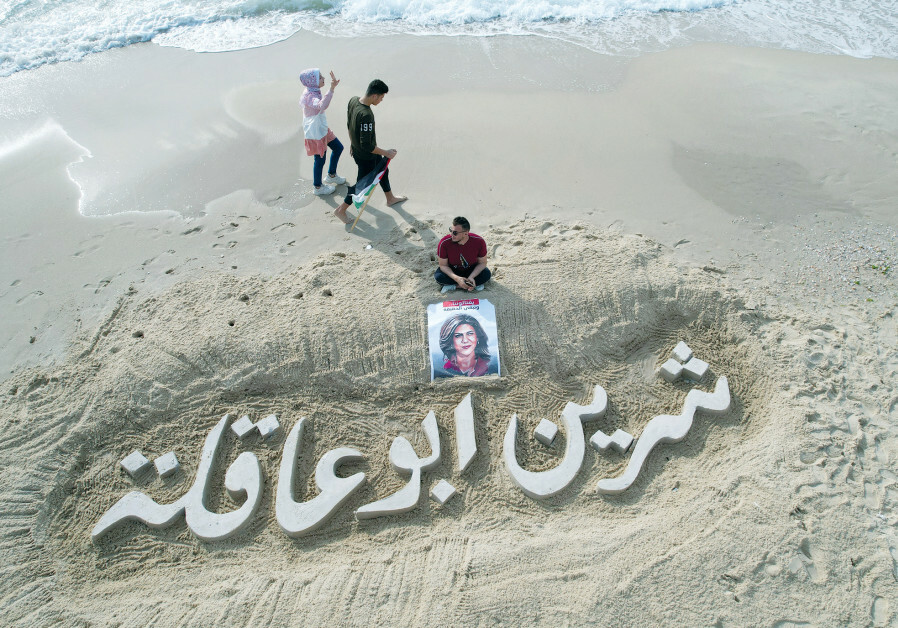 My Word: The story of Shireen Abu Akleh’s death
I can tell you who is being systematically targeted. It isn’t journalists, Palestinian or otherwise. It’s Israelis. Make that the…

The suspect was carrying a knife and a letter stating his intention to attack police officers.