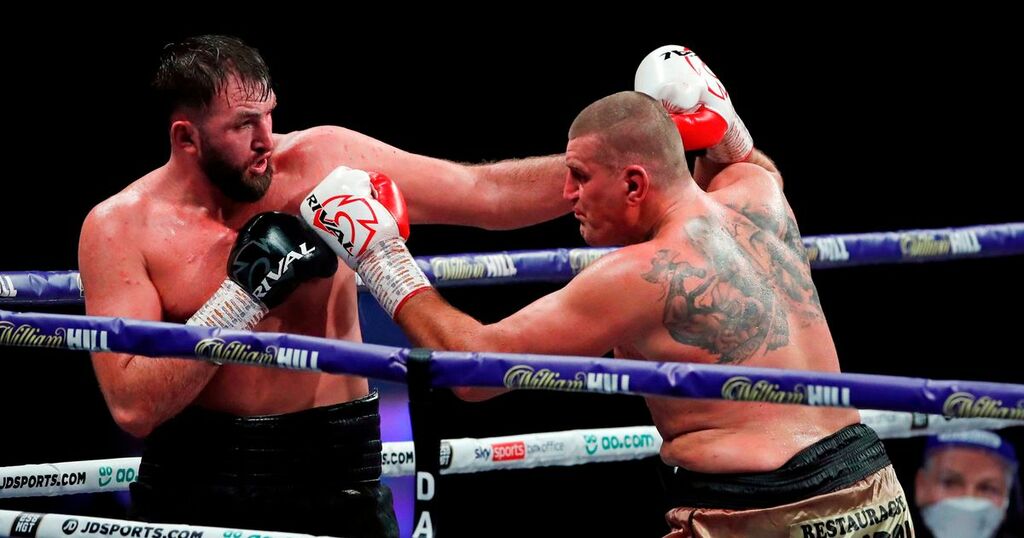 Hughie Fury has sent fireworks to the heavyweight division as he's announced it is his 'destiny' to clinch a championship belt.

The Mancunian fighter, cousin of Tyson Fury, returns to the ring on October 16th to face Christian Hammer in Newcastle, a week after Tyson's trilogy bout with Deontay Wilder in Las Vegas.

From there, Tyson Fury is poised to face-off against Anthony Joshua in a unification bout to determine who holds all the world heavyweight titles.

However, the pair could face Hughie Fury further down the line as he's stated he's ready to fight whoever has possession of the belt.

"This team will put me where I need to be. Before I couldn't get the fights. Now I believe I can get them," he said after signing a promotional deal with BOXXER.

"Straight away with Hammer, I said: 'These are the fights I want'. He is a game fighter. I love a fight, I'm not afraid of any challenge, I will jump in the ring with anyone.

"I could have had easier fights but I want someone who will fight back and give me a challenge. I believe I will be the champion of the world. It is my destiny to be at the top. To become a world champion is all that's in my mind.

Hughie Fury has plenty of competition at heavyweight level to challenge for the belts currently held by Tyson Fury and AJ, where Joe Joyce and Daniel Dubois are also making waves.

However, any bouts will have to wait until deep into 2020 with Tyson Fury and AJ looking set for a bout of their own.