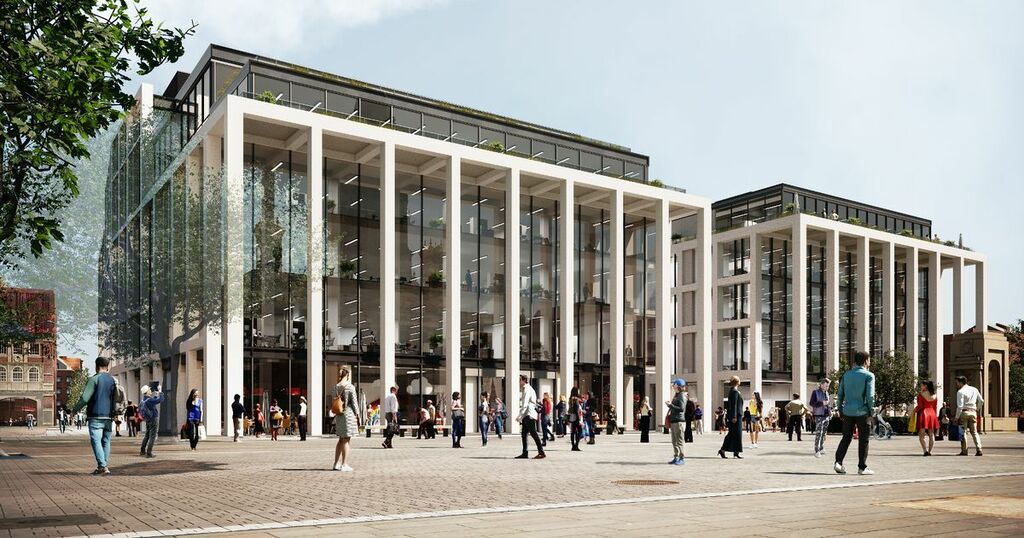 A huge scheme to transform Bolton town centre could be in doubt after key developers pulled out.

The private consortium was behind the £250m development of Crompton Place shopping centre - a central part of the plans to breathe new life into the town centre.

Last year, Bolton Council approved the project, known as Bolton Victoria Square, which was to feature a 110-bedroom hotel, 180 homes, office space and a mixed-use retail, leisure and dining space.

It was hoped work to demolish the shopping centre could begin by the end of this year, but the council has today announced it has reached a 'mutual agreement' with BCEGI and Granite Turner to surrender their options agreements on the scheme.

Granite Turner, formerly known as Midia, has also pulled out of developments it was overseeing at Trinity Gateway and Le Mans Crescent.

A scheme to build a 20-storey apartment block, a multi-storey car park and a luxury hotel at the Trinity Gateway site, between Trinity Street and Bradshawgate, was approved in late 2019.

Plans were also in place to convert the former Bolton Magistrates’ Court building in Le Mans Crescent into a hotel and spa.

Council bosses say they are 'moving rapidly' to find new developers for all three sites.

It is hoped the council's bid for government levelling up funding will make the projects more attractive to potential developers.

A council spokesperson said the authority hoped to attract developers with a 'track record for delivering large scale schemes within Greater Manchester'.

Bolton Council leader, Coun Martyn Cox, said: “Although re-procuring development partners will extend the development process, removing all option agreements gives us a much better chance of securing a levelling up fund grant from government.

“The work already undertaken in relation to these projects means the new developers will start from a more advanced stage than would normally be the case and will therefore be in a position to start construction as soon as possible.”

Council officials say they hope to have new developers confirmed by December.

The council purchased Crompton Place in 2018 to help accelerate its ambitious plans.

Later that year, it announced it had secured the involvement of Bolton Regeneration Ltd in the regeneration.

The private consortium included BCEGI UK, the British branch of the Beijing Construction Engineering Group which is 'ultimately controlled' by the Chinese government.

BCEGI is involved in a number of other projects around the North West including the Airport City project in Manchester, the redevelopment of Wigan town centre and Middlewood Locks in Salford.

The council has stated that progress is continuing to be made on developments at other town centre sites, including Moor Lane bus station and Church Wharf.