A huge fire broke out at a Scots community centre last night after yobs set it ablaze.

Three engines were scrambled to the scene at the Dunniker Centre on Lauder Road in Kirkcaldy, Fife, at 6.45pm yesterday.

Footage from the scene shows thick clouds of smoke billow across the sky as flames tear through the building.

Crews worked for three hours before successfully extinguishing the flames and leaving the incident. There are no reported injuries.

Police Scotland have launched a probe into the blaze and have confirmed they are treating it as wilful.

A Scottish Fire and Rescue spokesperson said: "We were alerted at 6.45pm on Wednesday, May 18 to reports of a fire within a building on Lauder Road in Kirkcaldy, Fife.

"Operations Control mobilised three appliances to the scene, where crews worked to extinguish a fire.

"There were no reported injuries."

A spokesperson for Police Scotland said: "Enquiries are ongoing into this fire, which is being treated as wilful." 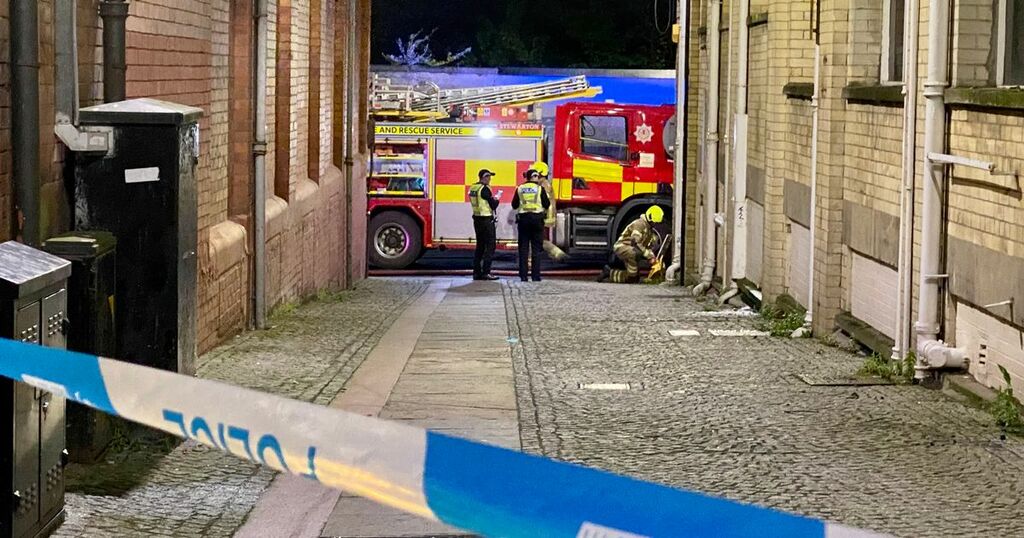 Emergency crews were scrambled to the blaze on Great Western Road, after receiving the alarm last night.

Firefighters scrambled to the A98 between Banff and Macduff, Aberdeenshire, at 2.05am today.