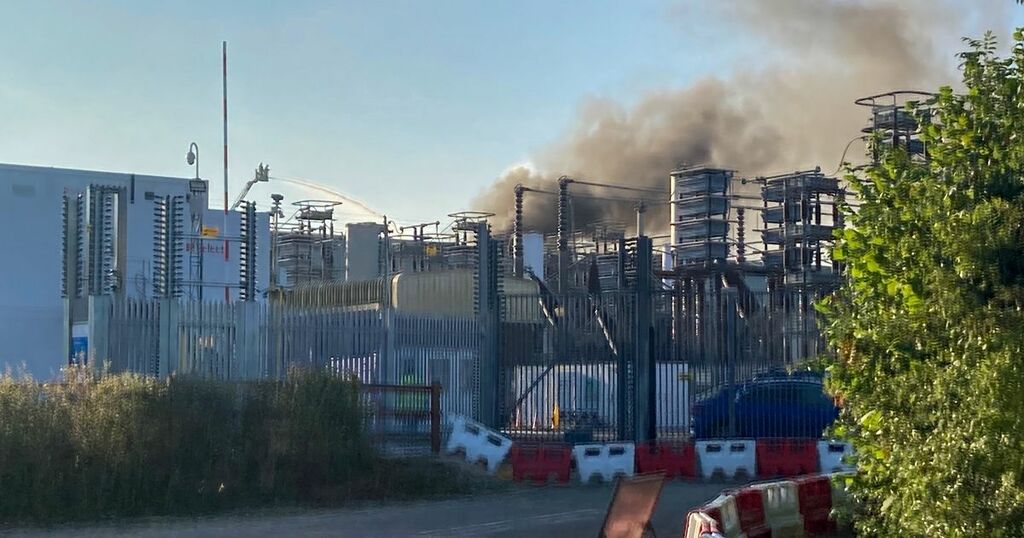 Firefighters are tackling a huge blaze which has broken out at the National Grid site in Sellindge, Ashford, prompting the evacuation of staff and nearby residents.

Images from the scene show plumes of grey smoke billowing up from the IFA interconnector site, with fire engines lined up outside the property.

“The site has been evacuated and the safety of our staff, emergency teams and local residents is our highest priority,” it read.

“We will provide a further update in due course.”

Do you know how the fire happened? Get in touch at webnews@mirror.co.uk

A spokeswoman said there was currently no impact on power in the area as a result of the blaze.

Church Lane, on which the site is located, has been closed in both directions between the A20 Hythe Road and Roman Road in Aldington, near Ashford in Kent.

Fire-fighters used compressed air foam to prevent the fire from spreading to other nearby buildings, Kent Live reports.

A statement on Eurostar's Twitter page said: "due to the fire near the track between Ashford and the Tunnel our services will be affected this morning and we are awaiting more information.

Kent Fire and Rescue service have also warned that local residents may experience a dip in water pressure as a result of the fire.

The interconnector, which has been operating since 1986 and imports largely nuclear-generated power from France when needed, had only been operating at half capacity due to repair work, according to the Financial Times.

A second 1GW interconnector between Britain and France known as IFA2 is unaffected.

RTE, France’s transmission operator, said the interconnector would be out until “at least” October 13.

Interconnectors, subsea cables through which Britain imports and exports electricity with countries including Belgium, France, Denmark, Ireland and the Netherlands, have played an increasing role in helping to balance the electricity system in recent years as the country has moved away from fossil fuel generation to more weather dependent sources such as offshore wind.