A video shows alleged overnight explosions at a closely guarded Russian military base close to the Ukrainian border in Belarus.

Belarusky Gayun, a Telegram channel monitoring military activity, said this was one of several explosions at the airfield which has been used for strikes on Ukraine by Vladimir Putin’s forces.

The “explosions” were filmed from a distance of 12 to 15 miles suggesting they were large.

It was unclear if this was a Ukrainian attack or sabotage or an accident at the base.

There were “from six to eight flashes of light” and “explosion waves”, claimed the channel, which asked: “If it's not an explosion, what do you think it looks like?”

The Belarus Ministry of Defence explained the explosions as the ignition of an “engine”.

Officials said this was at around 11pm yesterday while witnesses spoke of the explosions an hour and a half later.

The base is close to the border with Ukraine in Gomel region.

The incident followed the arrival of Russian Il-76s yesterday which may have brought air defence equipment.

A major fire swept through a Russian military unit near Moscow overnight and around 50 conscripts and soldiers had to be evacuated, it has been reported.

The fire reportedly happened in Dolgoprudny, 20 kilometres north of Moscow city centre, at the 4th Air Defence Division base according to Russian State Media TASS, citing the Ministry of Emergencies.

There were apparently no casualties but the video shows a large fire, instilling fear among pro-Putin Russians that there is a rising number of incidents of sabotage linked to the war in Ukraine.

Widespread damage was also reportedly inflicted on a Russian military base in annexed Crimea on Tuesday, satellite pictures show.

Kyiv didn’t take responsibility for the blasts at the Novofedorivka air force base on the Crimean Peninsula along the Black Sea coast.

But officials and ordinary citizens celebrated, mocking Russian claims that it was a minor incident caused by an ammunition explosion.

There are suspicions that the damage to warplanes and loss of life at Novofedorivka is far higher than Putin’s officials have admitted, amid a virtual news blackout on the incident in Russia.

Early footage from the scene showed the confused reactions among tourists at Novofedorivka beach.

The area usually enjoyed by revellers for swimming was soon taken over by plumes of thick black smoke rising from a nearby Saki air base.

Many now think it was to do with the conflict and not just a freak explosion as Russia has claimed.

A Ukrainian government official told The Washington Post on Wednesday that Ukrainian special forces had carried out the attack.

Margarita Simonyan, editor in chief of state-funded broadcaster RT and a fierce supporter of the Kremlin, referred to the peninsula as a “red line” on Twitter. 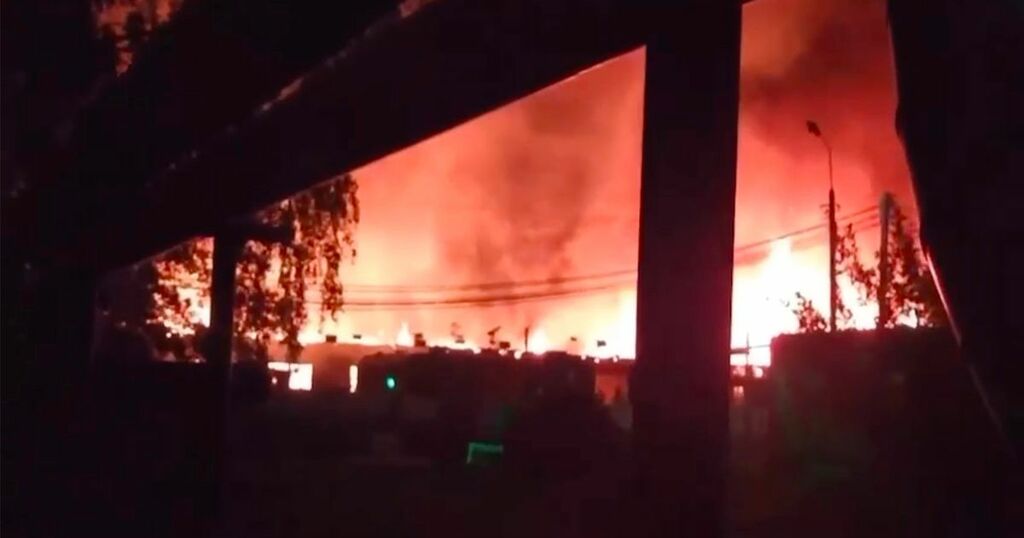 Mystery fire hits Vladimir Putin's military base as suspicion of sabotage rises
There were apparently no casualties but the video shows a large fire, instilling fear among pro-Putin Russians that there is…

Daily Mirror
From analysis to the latest developments in health, read the most diverse news in one place.
Huge explosions rock Russian military base in annexed Crimea

One person has been killed in the blasts, say officials

In a video believed to be from a Russian airfield, the footage shows the aftermath of 15 explosions that hit…

Irish Independent
One place to find news on any topic, from hundreds of sites.
'Ukraine war must end with…,' Is Zelensky now going on the offensive?