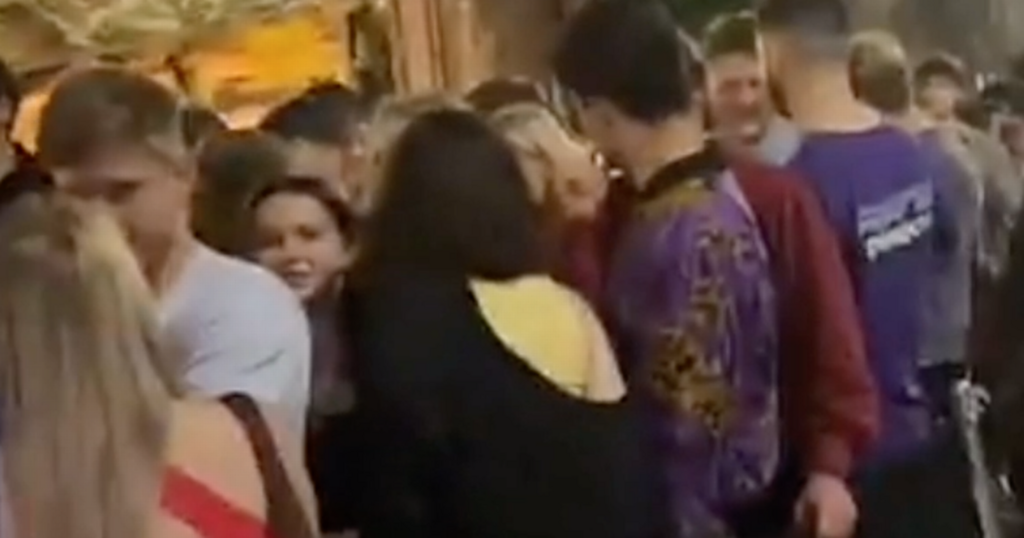 Hoards of Edinburgh locals and students flocked to queue up outside a nightclub in the city’s Cowgate on Tuesday.

Footage shared on Snapchat shows a huge crowd of partygoers outside the Subway club, with a line of revellers stretching as far as the eye can see.

A video filmed by a shocked onlooker is captioned “Really? On a Tuesday?” and shows the massive line spreading along the popular late-night area.

The club night was advertised online as Edinburgh’s “biggest and best student club night” and proved a huge hit ahead of the upcoming ‘Freshers Week.'

The news comes as the Scottish Government is to vote on introducing a vaccine passport scheme today (September 9).

If approved, the controversial plan could see only those who are double vaccinated allowed into sites such as nightclubs, indoor and outdoor concerts or stadium events of over 10,000 people.

We previously reported how a number of people gathered outside of the Scottish Parliament on Tuesday (September 7) to campaign against the coronavirus vaccine passports.

But Nicola Sturgeon insists that the move is to help curb the spread of the virus, as it tipped well over 6,000 per day this week.

A final decision is to be announced at around 5.30pm today.