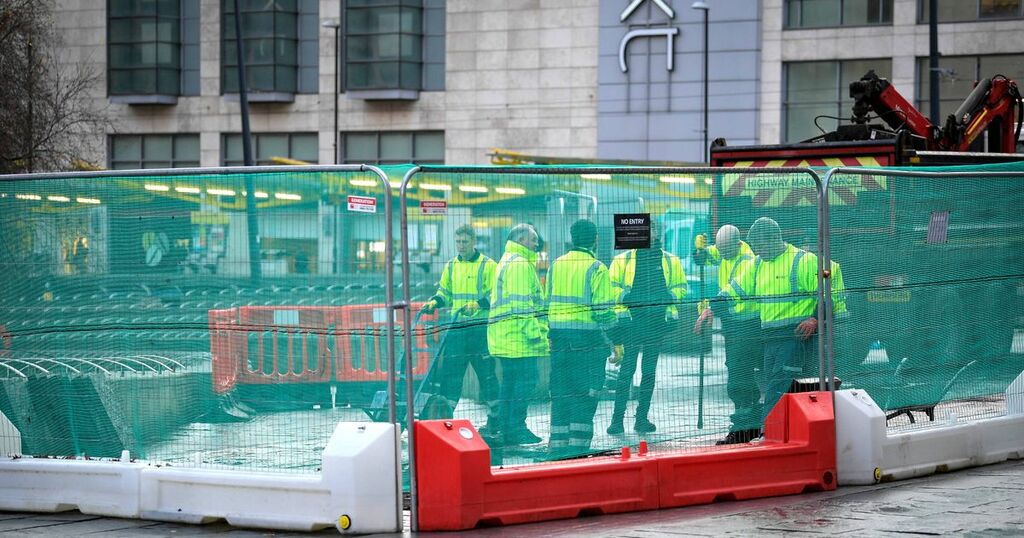 Work is underway on a £350,000 repair project in one of the city centre's busiest squares.

Paving stones and cobbles are being replaced and upgraded in Exchange Square, starting this week.

Manchester council says the scheme will be carried out in stages to minimise disruption for pedestrians, residents and businesses.

This means a full closure of the square will not be required.

Work is expected to be completed by the end of March.

The council said the existing paving stones and cobbles in Exchange Square have 'deteriorated over the years' due to it being one of the 'most heavily-used parts of Manchester city centre.'

The council said the areas of improvement will include - repair and relaying of black granite in Exchange Square itself 'as 50 per cent of the existing stone is damaged' and minor repairs to the Yorkstone paving on the ramped area.

It is understood the budget for the project is £346,000 including parts and labour.

In 2019, Manchester Council spent more than £800,000 replacing the water fountains in Exchange Square.

Council bosses originally signed off £700,000 for the project and said it was expected to take around six months.

But the redesign ended up going over budget by more than £120,000 and delayed by five months due to 'technical issues'.

It is understood this related to the original granite slates which were found to have cracks and plans had to be revised.

Just two days after the new fountains were unveiled, they had to be closed again for 'routine maintenance.'

The expenditure immediately sparked criticism from some M.E.N readers and the opposition Lib Dems.

This summer, city centre spokesperson Pat Karney vowed to hunt down pranksters who put soap in the fountains and haul them into court.

But Coun Karney had to accept defeat when it emerged the council's CCTV cameras were facing the wrong way at the time of the incident.

Coun Tracey Rawlins, executive member for environment, said: “Exchange Square is one of the most used and well-regarded spaces in the city centre but it definitely is in need of a bit of care and attention.

“We’re hoping to keep disruption to a minimum as these works take place, but hope we can rely on the public’s understanding during their duration.”