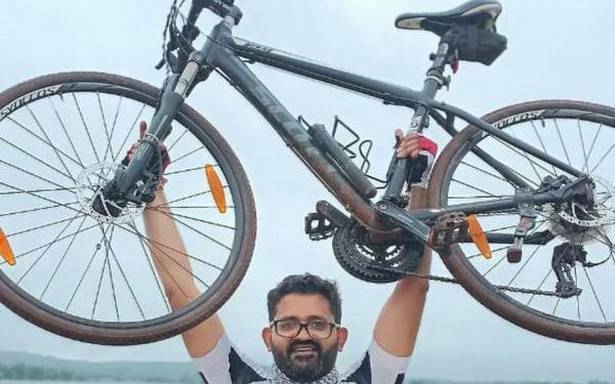 In a tragic incident an engineering college lecturer and amateur cyclist from Hubballi, Basanagouda Shivalli, died of cardiac arrest during a bicycle ride near Shiggaon in Haveri district.

The 35-year-old used to teach in the Civil Engineering Department of BVB College of Engineering and Technology, and was also an entrepreneur. He is survived by wife and two daughters.

Basanagouda had not registered for the ride but had come along with the Hubballi Bicycle Club as a member of the support team, Kaustubh Saunshikar who was riding with him told The Hindu.

“He had told us that that he would only ride for few kilometres. However he came till Shiggaon where we took a break, had fruits. After we rode around four-five kilometres from Shiggaon, he collapsed riding the bicycle”, Mr. Kaustubh recalled.

A doctor present among the team members immediately attended to him. Sensing that Basanagouda had suffered a massive cardiac arrest, resuscitation attempts were made, and he was immediately rushed to a hospital in Shiggaon where the doctors declared him dead.

The Hubballi Bicycle Club had organised a 200 km brevet and in all 35 cyclists had registered for the ride.