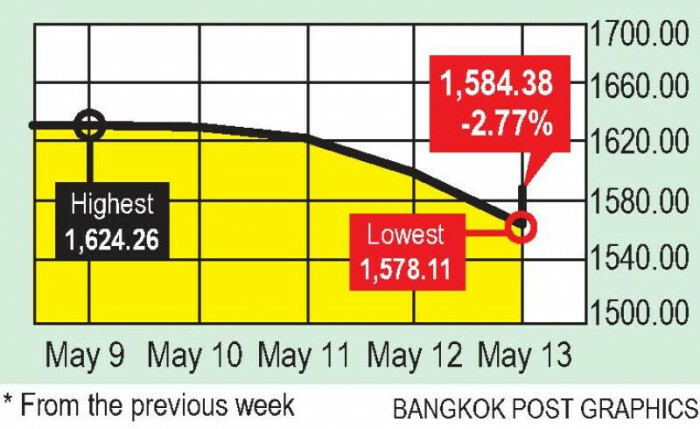 Equities steady after a week of inflation-fed worries
Recap: Global stocks regained some ground on Friday after a turbulent week triggered by concerns over surging inflation, aggressive rate…

Ahead of Delhivery IPO subscription opening , the public issue has collected ₹2,347 crore from anchor investors on Tuesday 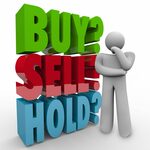 The shares of the renowned megabank Citigroup (C) have slumped more than 20% in price this year. Furthermore, with geopolitical…

Telecoms group Vodafone Group Plc (NASDAQ:VOD) is in talks to combine its U.K. operations with Three UK, the mobile operator owned by…

HSBC Holdings Plc has begun an internal review in the face of pressure from its largest shareholder to discuss splitting off the bank's Asian operations.

The London-headquartered bank is examining the case for a breakup after Bloomberg reported late last month that  Ping An Insurance of China was pushing the lender to take action to improve returns, according to people familiar with the matter, who asked not to be identified discussing private information.

Executives are against the idea of splitting up HSBC but have begun the analysis in an effort to push back against Ping An’s argument that the bank’s investors would do better from being able to choose to invest in a pure-play Asian business headquartered in Hong Kong.

Bankers from Goldman Sachs have been drafted in to help with the review, one of the sources said. The Wall Street bank, one of HSBC’s retained corporate advisers, has been helping prepare its defence against the breakup calls.

Work is in the early stages, but one of the people said the aim was to complete the report in the coming weeks and present it to the bank’s directors.

Ping An, which counts Thailand's CP Group among its shareholders, had said in a private memo that the breakup of Prudential provided a precedent for splitting up HSBC. But others see the split of Prudential Plc, the insurer that carved off its Asian unit from its UK operations in 2019, as a poor comparison given the limited network effects the insurance industry can exploit.

Spokespeople for HSBC and Goldman Sachs declined to comment. A representative for Ping An didn’t immediately respond to a request for comment.

About 65% of HSBC’s of pretax profit last year came from Asia, and Hong Kong is the bank’s single largest market. However, HSBC has argued that while Asia appears to be the dominant source of its revenue, much of this is actually business with Western clients that gets booked in the region.

In an investor presentation last year, HSBC said that half of its foreign-exchange revenue booked in the East came from Western clients, while about 65% of securities services revenue in the East originated in the West.

Highlighting these so-called network effects will be a key part of HSBC’s case to shareholders that carving up its worldwide business does not make sense.

Analysts at Barclays estimated this month that the changes could knock 3% to 8% off the HSBC group’s market value.

HSBC sees its global network as a core part of its business and has pitched itself as a financial bridge between the fast-growing economies of Asia and the rest of the world.

This model has faced increasing pressure in recent years amid rising geopolitical tensions between China and the US that have led to it being criticized by both Western and Chinese officials.

Equities steady after a week of inflation-fed worries
Recap: Global stocks regained some ground on Friday after a turbulent week triggered by concerns over surging inflation, aggressive rate…

Ahead of Delhivery IPO subscription opening , the public issue has collected ₹2,347 crore from anchor investors on Tuesday

The shares of the renowned megabank Citigroup (C) have slumped more than 20% in price this year. Furthermore, with geopolitical…

Telecoms group Vodafone Group Plc (NASDAQ:VOD) is in talks to combine its U.K. operations with Three UK, the mobile operator owned by…