How worried should you be about monkeypox?

The monkeypox outbreak that has struck the UK, US and continental Europe over the last week appears to be continuing to spread.

There are now 21 confirmed cases in England, one in Scotland, potentially three in the US and as many as 23 in Portugal and 40 in Spain while France, Germany, Italy and Sweden have all reported first cases.

In all, there have been more than 100 confirmed or suspected infections around the world at this early stage but the public are being reassured

Speaking in South Korea, US president Joe Biden was asked how much of a concern the disease was and answered: “It is a concern in that, if it were to spread, it would be consequential… They haven’t told me the level of exposure yet but it is something that everybody should be concerned about.”

Qualifying his answer later, he said: “I just don’t think it rises to the level of the kind of concern that existed with Covid-19.”

In Britain, both Simon Clarke, chief secretary to the Treasury, and Sir Jeremy Farrar, director of the Wellcome Trust, likewise dismissed the idea that its spread should be met with the same degree of concern as the arrival of the coronavirus in spring 2020.

But Sir Jeremy did tell BBC Radio 4’s Today programme on Monday morning that, given that the UK has only ever seen small clusters of infections in the past: “This is different, something has changed.”

He added: “The virus may have changed, but I think that’s unlikely. More likely is, I think, that the niche that this virus now finds itself in has allowed for some superspreader events and those individuals involved in that have then travelled to other parts of the world and taken the infection with them.”

For his part, Boris Johnson is relaxed enough about the threat posed not to have yet spoken to chief medical officer Professor Sir Chris Whitty about the virus, but is receiving “regular updates”, according to Downing Street.

Where did monkeypox originate?

The World Health Organisation (WHO) traces the sickness to the tropical rainforests of Central and West Africa and defines it as a viral zoonotic (meaning it can be transmitted from animals to humans) disease akin to smallpox, itself eradicated in 1980.

The first recorded case of monkeypox was identified in what is now the Democratic Republic of Congo in 1970.

While it would have initially been transmitted to humans by contact with the blood or bodily fluids of contaminated primates (or rodents such as tree squirrels and Gambian rats), it is an infectious disease so is much more likely to be caught from fellow human sufferers.

The disease has a six to 16 day incubation period. In its opening stages, patients first suffer fever, headaches, swellings, back pain, aching muscles and a general listlessness.

Once the fever breaks, the sufferer’s body will face a skin eruption, in which a rash spreads across the face, followed by the rest of the body, most commonly the palms of the hands and soles of the feet.

The blemishes evolve from lesions into crusted blisters, which can then take three weeks to heal and disappear.

The virus can be difficult to diagnose without the aid of laboratory analysis because of its superficial similarity to other afflictions that result in a rash, such as chickenpox, measles, scabies and syphilis.

Although this strand of orthopoxvirus is much milder than smallpox, fatalities have been recorded, particularly among the young. WHO lists the case fatality rate as less than 10 per cent.

In Nigeria’s 2017 outbreak, the largest ever seen, 172 suspected cases of monkeypox were identified and 61 confirmed cases were reported across the country. ​Seventy-five per cent of sufferers were male and aged between 21 and 40 years old.

At present there is no vaccine or specific treatment available but the pre-existing smallpox has proven to be 85 per cent effective at combatting the disease.

Professor Francois Balloux, director of UCL Genetics Institute, said: “Monkeypox is not particularly transmissible and the number of cases to date where the route of transmission is known remains relatively small.” 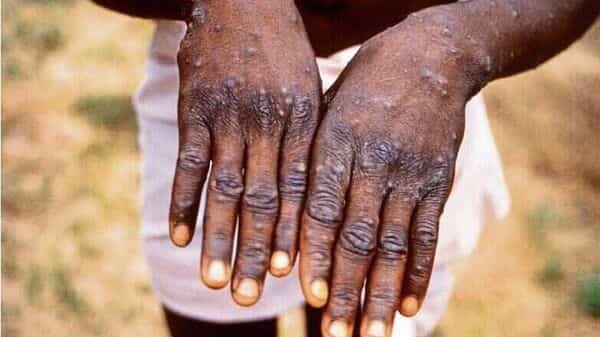 Should India be worried about monkeypox?
The world is facing a new medical challenge, the emergence of monkeypox. No case has been reported in India yet,…

Livemint
One subscription that gives you access to news from hundreds of sites
Monkeypox: What are the symptoms, how does it spread, and how worried should we be?

An unusual outbreak of monkeypox has now spread to at least 15 countries. Here's what we know about the disease,…

ABC News
Monkeypox: Can it be treated and how worried should we be?