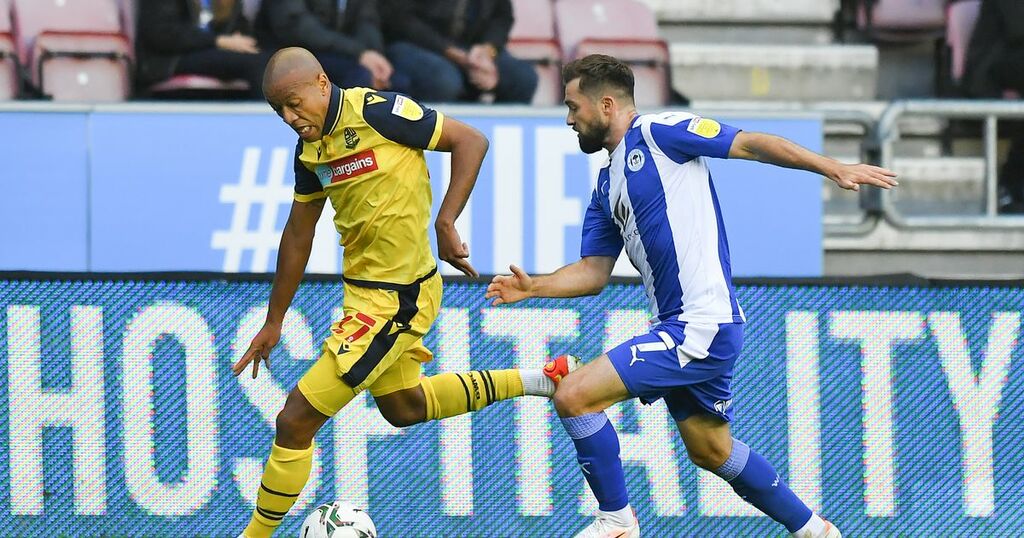 Wigan Athletic are exploring the possibility of beaming back the club's big derby clash against Bolton Wanderers to the DW Stadium this weekend.

Wanderers host the Latics at the University of Bolton Stadium this Saturday for a 3pm kick-off in League One.

The Latics sit third in the table heading into the encounter, with Wanderers in eighth following the defeat on the road to Sheffield Wednesday over the weekend.

Next up for both sides is the meeting this Saturday at the Univeristy of Bolton Stadium.

Wigan have sold out their away allocation of just under 4,000 tickets and it is the maximum amount they will be able to obtain from Wandererers over stadium security and safety issues.

But Latics chief executive Mal Brannigan has revealed that the club are exploring the possibility of potentially beaming back the encounter to the DW Stadium for those fans who have not been able to purchase a ticket for the UniBol.

Due to being a 3pm kick-off, the match is not being broadcast live on iFollow in the UK and Ireland and so it could be the only chance any Wigan fans in this country could have of seeing the game live if they do not have a ticket for the game.

Brannigan told the club website: "We've sold just under 4,000 tickets. We can't get anymore. We've asked Bolton if that's possible, they've been as accomodating as they can so far, but we know there's obviously security issues and safety issues that when stadiums are structured the way they are, sometimes you can't go beyond the limits and the capacities that are there.

"What we're trying to now also do is to have a look to see whether we can have a beam back of the game within the stadium. We are talking to some of thye industry specialists that will be able to help us out on that.

"We need to ask other authorities whether that's possible to do as well at the same time and if we can do it then we will get it out because we know that there's still an awful lot of pent up demand to see the game in some form or another."

These two sides have already met this season in the second round of the Carabao Cup at the DW Stadium, which Wigan came out on top of on penalties following a goalless draw.