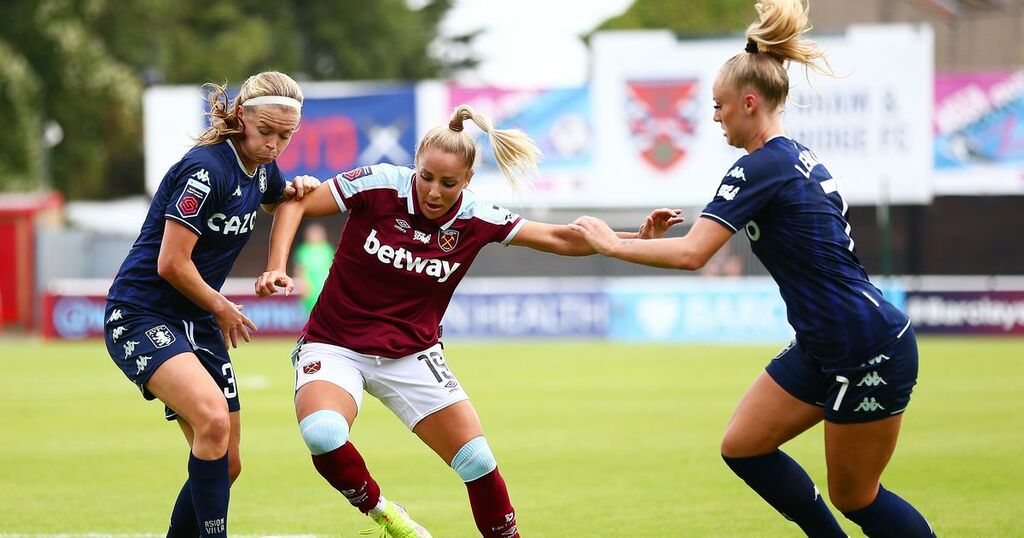 West Ham United boss Olli Harder feels his side must do better after conceding a stoppage-time leveller to Aston Villa in the Barclays FA Women’s Super League.

The hosts led the match from the eighth minute thanks to Adriana Leon’s strike, but were unable to stop Villa midfielder Remi Allen’s late back-post header, which ensured the spoils were shared.

After shooting themselves in the foot, Harder admits his side must seek the improvements if they are to progress this season.

Harder said: “We need to win these games. On the whole a point isn’t good enough.

“We need to be scoring more goals – we should have had more than one goal today, because that would have changed the game.

“It feels like you’ve lost two points not gained a point.”

A week prior, West Ham were the better of the sides in their season opener away to Brighton before a red card for defender Hawa Cissoko saw them lose all control, with the Seagulls taking all three points in a 2-0 win.

And while Harder stressed there were positives to take from his side’s draw with Aston Villa, he also stated that they need to find their clinical edge sooner rather than later.

“Ultimately you’re here to win a football game and we didn’t go that today. We just need to do our jobs better.

“We just need to be more clinical, finish the opportunities that are presented to us.

“There was a header from three yards out that goes straight to the keeper -- if that goes in it’s 2-0 and the game’s done. We need to do better at taking advantage of those big moments.”

To follow the action and sign up for The FA Player's live Barclays FA Women's Super League coverage, visit womenscompetitions.thefa.com