How Verstappen was nearly caught out by F1's cool fuel rule

Verstappen was the last driver to go to the grid before the pitlane closed at 2.30pm – leaving his garage just seconds after Pierre Gasly of sister team AlphaTauri headed out onto the track. Sergio Perez in the other Red Bull had set off only slightly earlier.

Red Bull has said Verstappen’s late arrival at the grid was due to DRS issues, and indeed the team was observed checking the rear wing before the pitlane opened.

However it’s understood that the cars of both Honda-powered teams were delayed in leaving the garage because they had concerns about complying with the FIA regulations on minimum fuel temperature, something that also caught out Aston Martin in Miami, where both AMR22s had to start from the pitlane.

Article 6 of the FIA technical regulations specifies that fuel cannot be more than 10 degrees centigrade below the officially declared ambient temperature.

The rules state: “No fuel intended for immediate use in a car may be more than ten degrees centigrade below ambient temperature.

“When assessing compliance, the ambient temperature will be that recorded by the FIA appointed weather service provider one hour before any practice session or two hours before the race. This information will also be displayed on the timing monitors.

“The temperature of fuel intended for use in a car must be measured via an FIA approved and sealed sensor.”

For the first five races of this season with the new cars it was agreed by the teams and the FIA to peg minimum fuel temperature at 18 degrees - in effect using a notional 28 degrees ambient for Bahrain, Jeddah, Melbourne, Imola and Miami.

However the figure reverted to the original rule for Barcelona. The official FIA pre-race ambient temperature was 35 degrees, so the fuel could be no cooler than 25 degrees.

Teams have to put the fuel into their cars two hours before the start, and declare to the FIA how much is onboard.

The fuel then gradually warms up while it is sitting in the car, and that process continues when the engine is running in the garage.

In the rules as written there appears to be a question mark about whether the fuel has to be at the legal level even before the cars take to the track, as the phrase “fuel intended for immediate use in a car” could be open to interpretation.

However a clarification recently issued to teams by the FIA seemingly confirmed that it is now regarded as being when the cars leave the garage.

In effect that potentially leaves teams free to put the fuel in the cars two hours before the race at lower than the legal temperature, and then rely on it getting warmer before the pitlane opens and the cars leave the garage 40 minutes before the start of the race.

When the cars take to the track the starting fuel temperature will thus be lower than if it had been above the legal minimum when it first went into the car, and had subsequently warmed up.

Teams generally want cooler fuel for both reliability and performance reasons, although the latter less significant than in the naturally-aspirated engine era.

It’s understood that in Barcelona Red Bull and AlphaTauri realised as the start approached that they might be marginal on reaching the required minimum when the pitlane opened at 2.20pm.

In order to take advantage of almost 10 extra minutes to allow the fuel to warm up – and with the engines of the cars running – both delayed their exits from the garage until the last possible opportunity before the pitlane closed at 2.30pm.

As a result the cars were not able to do the usual two or three pre-race laps with a run through the pitlane, or practice starts.

The two teams were in a better situation than Aston Martin in Miami, where the team made a mistake in its processes and was so far off the required numbers that the cars could not get to the grid in time while the fuel temperature adjusted.

There’s no question about the fuel in the Red Bulls and AlphaTauris being at a legal temperature when they left the garage, as the numbers are monitored by the FIA and any discrepancy would have been flagged.

However after the race Ferrari boss Mattia Binotto created a stir when he indicated that he believed that the fuel has to be above the minimum “at all times”, and suggested that a team cannot heat it up by running the car’s power unit.

In fact his statement suggested that perhaps he has a different interpretation of the rules than that suggested by the recent clarification – one that might just be prompted by Ferrari being less concerned than others about higher fuel temperatures.

“Obviously I cannot know what was happening at the time there,” he said of Verstappen’s late arrival on the grid. “I can imagine it was down to the fuel temperature in the tank, that need to be maximum 10 degrees below the ambient.

“I think the regulations, it should be at all times during the event. So not only when the car is going out, but as well in the garage itself.

“So I don't think that a fire up to heat up a fuel tank would be sufficient, because the fuel should be at all times, not more than 10 degrees, so I can only trust the FIA.

“So for me, it's difficult to understand that they were maybe heating up the fuel through a fire-up because it will not explain.

“Because as I said, it should be at all times. But I can only trust the FIA and I am pretty sure they're comfortable and checked. Maybe that's not the right explanation, so you should ask them.”

If nothing else, the Aston incident in Miami and what happened with Red Bull and AlphaTauri in Barcelona has put a new focus on the subject of fuel cooling, and any advantages to be had by potentially dipping below the limit when it first goes in the cars before the race. 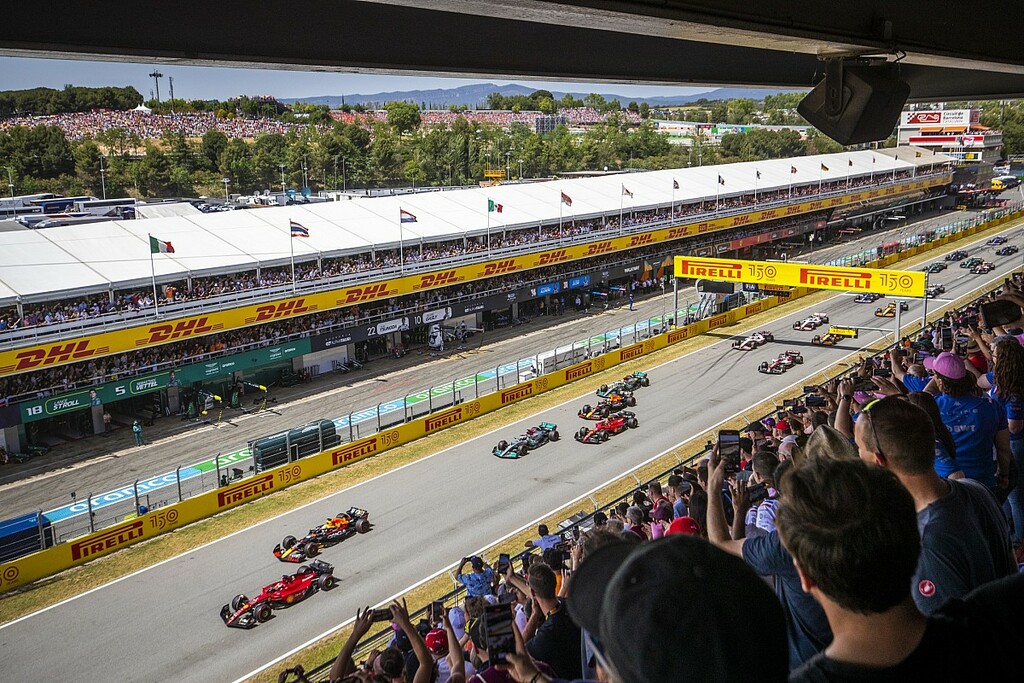 10 things we learned at the 2022 F1 Spanish Grand Prix
On the back of its first visit to the all-new Miami circuit, Formula 1 moved on to the Spanish Grand…

Charles Leclerc was about to culminate the perfect weekend