How Uber Australia fills a Dutch 'cash pool' and why it is fighting an $81.5m payroll tax bill 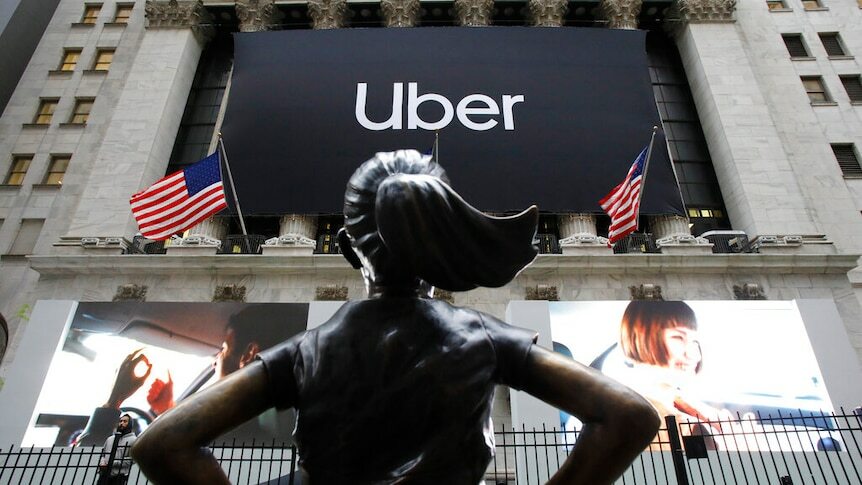 Uber Australia has continued its longstanding practice of sending revenue to its head company in the Netherlands.

The ridesharing and food delivery platform's latest financial accounts also reveal the Australian company has entered a stoush with the NSW government about whether it should remit payroll tax for drivers and has been hit with an $81.5 million tax bill, which it is disputing.

In 2015, Uber told a Senate corporate tax avoidance inquiry that about 25 per cent of each transaction in Australia was routed to its head company in the Netherlands.

Uber Australia's 2020 accounts state that: "The Group has a cash pooling arrangement with Uber BV and all cash at bank is transferred to Uber BV at the end of every day."

There were interest expenses for having this money in the Dutch "cash pool" of $5.5 million in 2020 and $9.5 million the year before.

Its accounts also show a $643 million "service fee paid to related companies", equal to more than half of its total reported revenue.

It is not clear which company or companies this service fee was paid to – whether it is Uber BV or another related entity offshore.

Its accounts state it paid $17.3 million in corporate income tax, up from $11.1 million the year before.

Uber has long argued that it pays all taxes it owes in Australia.

An Uber spokeswoman did not respond to ABC News questions about its financial accounts and the company's offshore structures, but said she was pleased that after eight years in Australia the company's brands Uber and Uber Eats "continue to show strong growth".

They reveal that on September 12, 2018 Revenue New South Wales issued a payroll tax audit against the company, and in February this year issued tax bills against the group totalling $81.5 million.

This is for amounts the state considers Uber owes through June 30, 2020 and the accounts note that "the Group has filed an objection to each of the assessments".

The company says that if its appeal "is not favourable, this would decrease the Group's operating profit".

"The Group expects to get a response, and therefore certainty about the payroll tax position, before the next reporting date," its accounts state.

"As of the date of the consolidated financial statements, management continues to believe that it will succeed in the appeal and thus it would not be liable for the assessed payroll tax amounts under dispute.

But TWU National Secretary Michael Kaine argued, "NSW taxpayers have joined rideshare drivers and delivery riders as the latest group Uber is prepared to rip off".

Mr Kaine called on the NSW government to "listen to its own government department which says these are workers with rights, and finally call the Silicon Valley behemoth to heel".

He said if the NSW government "caves", then "Uber will be laughing all the way to the bank at taxpayers and workers' expense".

Uber also notes in its accounts the recent class action Australian law firm Maurice Blackburn has filed on behalf of thousands of taxi and hire-car drivers against Uber.

The law firm is alleging the company's operations in Australia were illegal because the company knew its drivers were not properly licensed and did not have proper accreditation.

"The Group deny these allegations and intend to vigorously defend against the lawsuit," the accounts state, noting that "as the proceeding is still at an early stage, it is difficult to measure the potential financial outcome".

Uber faces similar legal challenges in many overseas jurisdictions, as it has long argued that it is a technology business, not a transport company.

But, earlier this year, the UK Supreme Court made a ruling forcing Uber to categorise UK drivers as workers, meaning they are entitled to minimum wage and holiday pay.

Uber's accounts also show that the directors of Uber Australia Holdings for the 2020 year were actually its own tax advisers.

Francois Chadwick (who resigned from Uber Australia in May 2021) was the global head of tax and accounting at Uber in the United States. He resigned from that role in April this year.

Australian-based Nicholas Falzon is a partner with accounting firm PKF. His bio on the firm's website states that "Nicholas' background includes extensive experience in advising high net worth individuals in relation to their remuneration packages, tax strategies, investment structuring, estate and retirement planning."

It adds that, "Nicholas has worked with a number of foreign companies establishing subsidiaries in Australia and advised on all financial aspects of establishing the business."

Keir Gumbs is listed as another Australian director in 2020. He joined Uber Technologies in 2019 and was Uber's deputy general counsel in the United States. He left Uber in July.

Several submissions to Senate Select Committee on Job Security argued that Dutch shell companies are at the heart of Uber's global operations.

One submission from the Centre for International Corporate Tax Accountability and Research (CICTAR) revealed that, in 2019, Uber's top Dutch shell company, controlling more than 50 other Dutch subsidiaries, pulled in more than $US5.8 billion ($7.8 billion) in operating revenue from countries around the world, excluding the US and China.

"The direct transfer of revenue from around the world to the Netherlands leaves little, if any, taxable profits behind," the submission said.

"The $8 billion Dutch tax shelter was created in 2019 when Uber transferred its intellectual property rights from Bermuda to the Netherlands."

It said the sale was financed with a $16 billion loan from an Uber subsidiary in Singapore.

"The Singapore subsidiary is the immediate parent company of the Dutch shell company that controls Uber's global empire," the submission stated.

"Accrued interest on this loan will further reduce taxable income in the Netherlands by $1 billion a year for the next 20 years."

It also added that, "revenue generated from Uber's global ride-sharing and meal delivery services, excluding the US and China, accumulates in Dutch subsidiaries with limited financial reporting".

The submission called for domestic and global rules to be changed, so that more tax revenue can be collected from Uber and other multinationals.