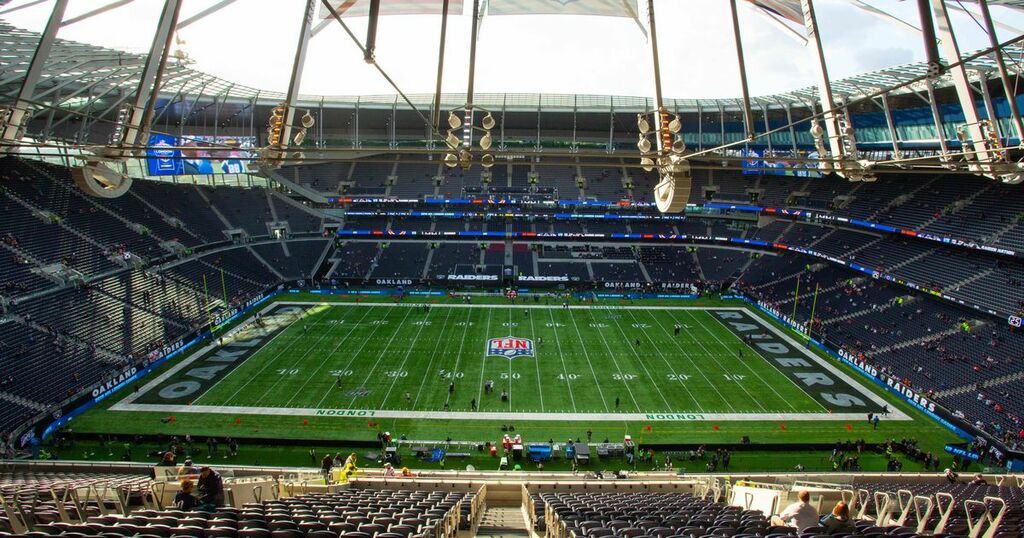 Two NFL games are due to take place in London over the next fortnight.

The New York Jets will face off against the Atlanta Falcons this Sunday whilst the Miami Dolphins clash against the Jacksonville Jaguars seven days later.

Both games are due to take place at Tottenham Hotspur's stadium after Spurs chairman Daniel Levy negotiated a ten-year deal with the NFL back in 2017.

A host of American Football teams have already played Spurs' new stadium and the pitch looked completely different when the Las Vegas Raiders faced off against the Chicago Bears.

Spurs' next Premier League game is against Newcastle United, who announced their Saudi-led takeover on Thursday morning after previous owner Mike Ashley agreed to sell the Magpies 14 years after purchasing them.

Here's how the pitch looked...

The north London club next play a home match when they host Manchester United on October 30, giving them plenty of time to prepare the pitch before then.

"All the credit needs to go to Levy," NFL UK director Alistair Kirkwood told the Daily Mail in 2017. "We had various initial conversations with Spurs after they made the commitment to build the new stadium so the timing was good.

"Then you need someone like Daniel (Levy) with the vision to do something that hasn't been done before and to think really big. It's a combination between the timing and the vision.

"It did take a long time. Whenever you do something that's never been done before it's not straightforward. But Spurs' management and ownership had the vision to build the stadium that they imagined for us."