How to talk to children about getting their COVID-19 vaccine 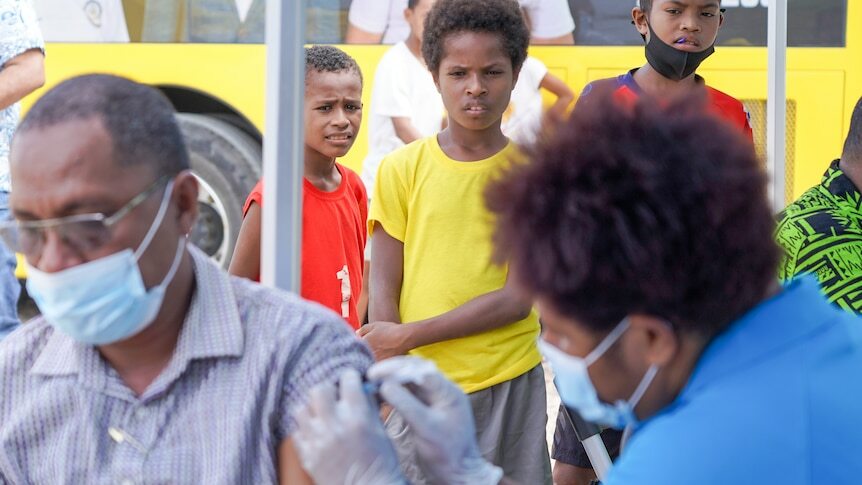 Bribery, lies, subterfuge and restraint are naturally top of a parent's toolkit when it comes to needles.

But it might shock you to hear that honesty may also work.

As children aged 5 to 12 are eligible to get a COVID-19 vaccination, it may come as no surprise the kids might be a little less than enthusiastic about getting the jab.

"Tell the kids something like: 'you're going to get a needle to protect you from COVID. You'll be safe. I'll be there'," he told ABC Radio Darwin Drive.

"You might also tell them: 'it's going to hurt a little bit'.

"Parents often think the more I tell my child about it, the better it'll be, the more they understand.

"But that has a paradoxical influence, because the child, particularly those little ones, tend to think: 'mum and dad are talking a lot about this. Maybe it's worse than I think it's going to be'."

The moon on a stick

The promise of a treat like a sweet or toy to entice children to sit for the vaccination might feel harmless enough but there could be consequences in the long run, Dr Callanan warned.

"If you want to develop a little negotiator for the rest of their lives, that'll work well," he said.

Telling kids to "be brave" might also fall on deaf ears.

"These little ones don't know what brave means," he said.

Tell them the truth? Really?

Dr Callanan said making statements about the experience could be helpful.

"They're highly reliant on their parents to make it sound like it's going to be OK."

Well-intended protective parents might be economical with the truth.

"But the little ones are really, really looking at their parents and listening to the tone of voice and facial expressions."