How to Succeed at Failure 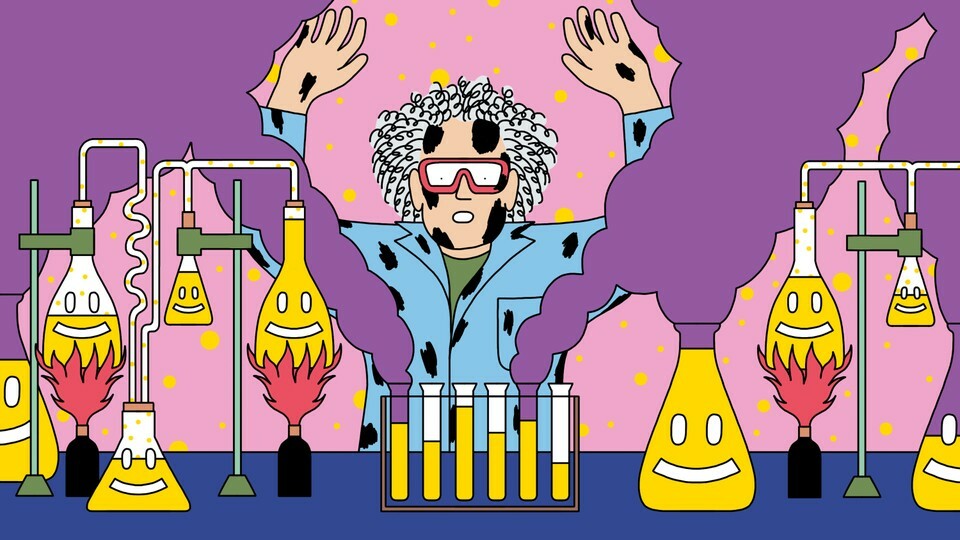 “How to Build a Life” is a weekly column by Arthur Brooks, tackling questions of meaning and happiness. Click here to listen to his podcast series on all things happiness, How to Build a Happy Life.

You wanted it and you worked for it, but all your effort was for naught.

Maybe your relationship collapsed, your company went under, or you got fired. Maybe you failed your exams even though you’d studied hard, or couldn’t find a publisher for your book, or dropped what would have been the winning touchdown pass.

This is not a case of regret, in which you wish you had tried harder. It’s much worse than that: You did your very best, and it simply wasn’t good enough. This kind of failure is especially painful, and can be hard to shake. If the book, the game, or the job was important to your identity, you might start to see your defeat as part of who you are too.

So what do you do now? You can just hunker down and hope that time will heal the wound. But perhaps you would prefer to deal with your pain and actively manage it. Doing so won’t just lessen your discomfort; with a little knowledge and practice, you can turn your failure into a source of growth, and even happiness.

A professional or personal setback that sends you spiraling into self-doubt might not seem so tragic to someone else. You say you had an ugly breakup after trying to make the relationship work? Who hasn’t? Early in my career as a chief executive, I once made a strategy error that resulted in humiliating treatment by the press. I told my neighbor—a grizzled D.C. political veteran—that I felt like a failure because of the incident. He listened and said, “On a 0–10 scale of problems, yours ranks about 0.25.”

[Read: Losing is the new winning]

But even if it’s only a 0.25, your failure, like mine, may still feel bitter, especially if you did your best. In the absence of easy excuses, you might look and look for explanations for your downfall that simply aren’t there. This is a bad idea: Ruminating over a failure keeps it front and center and can lead to catastrophizing. You might imagine a cascade of events leading to permanent ruin and misery: “I got fired from my job. Now no one will want to hire me, I’ll be permanently unemployed, and I might even lose my house. My life is ruined.”

Emotional suffering after failure might have once helped us learn not to try the same thing twice. In the Pleistocene, feeling the unhappiness of failure after unsuccessfully going mano a mano with the big hominid in the next cave was probably lifesaving. But in today’s safer world, such misery is maladaptive. The same emotion honed by nature to kick in after your ancestors failed to bag a mastodon afflicts you today because you got rejected from Penn State. That negative feeling doesn’t make you any likelier to survive—and can even lead to depression and anxiety disorders.

[Read: Sit with negative emotions, don’t push them away]

Rather than protecting you from future disappointment, a cycle of rumination after failure can set you up for more failure, or at least missed opportunities to succeed. Brooding over a defeat has been found to lead to avoidance and reluctance to try something new. After you have been hurt by a failed relationship, for example, rumination can make you focus on the past instead of the future, so you are less likely to get out there and try again. You’re frozen in your moment of failure as you turn defeat over and over in your mind. You become fearful, lose confidence, and miss your opportunities for new success.

To find strategies to overcome the worst suffering after failure, I consulted Xiaodong D. Lin, a professor of cognitive studies at Columbia University’s Teachers College. For years, Lin has studied the inevitable failures of scientists, athletes, and ordinary people. Here are the strategies she recommends to move forward after failure—and maybe even benefit from it.

1. Think about others’ past failures (as well as your own).

Doctors and therapists who treat fear have long known that exposure to the object of fear can make it seem more ordinary and thus less threatening. Exploring this idea, Lin and her colleagues set up an experiment several years ago in which students learned either about famous scientists’ successes and failures or about only their successes. The researchers found that studying the failures motivated students to better handle their own defeats and helped them obtain significantly higher grades than students who learned only about those scientists’ successes.

[Read: The value of failing]

Studying your own failures as well can make them seem less earth-shattering. One researcher suggested in a 2010 article in Nature that people maintain a “CV of failures,” a written list of the things that haven’t worked out in life. This might sound like rumination, but a CV of failures is very different because it is written. Rolling things around in your head keeps them in the murky realm of emotions, which are hard to manage. Putting them on the page may force you to employ more cognitive processing, which gives you a clearer, more logical perspective on the events—and can even help you see their positive side.

One of the reasons failure can be so crushing is that we set goals of success, instead of improvement and learning. Chasing success might seem like the right path, but it’s a mistake—and an especially easy one to make in a world obsessed with résumés. Lin noted in an email that the value we create in work and life has a lot less to do with our accomplishments than with our knowledge and experience, which include the education we derive from falling short.

[Read: ‘Success addicts’ choose being special over being happy]

The evidence is clear that failure is a powerful force for improvement. Scholars who recently reviewed the careers of applicants for research-grant funding from the National Institutes of Health found that those who had been narrowly rejected early in their careers went on to outperform, in the long run, those who enjoyed early success.

To make the benefits of your disappointments tangible, on your CV of failures, add a line for lessons learned. For example, next to “Did not get job as skyscraper-window washer,” you might write, “learned I am afraid of heights.” This practice will train you to see the progress in each setback, and remind you later that the sting of a rejection is temporary, but the learning you gain can be permanent.

3. Keep your ideals front and center.

Worthy goals are generally motivated by something deeper than success. In her conversations with Nobel laureates, Lin said, she has found that “they all have insatiable passion and hunger to discover the truth about a problem. Winning a Nobel Prize was never these people’s motive for their hard work.” This isn’t just a moral principle; it’s also a practical one. Unlike dreams of winning accolades, our core, intrinsic values are “resistant to disillusionment,” as researchers put it in the Journal of Personality and Social Psychology.

[Read: Are you dreaming too big?]

Furthermore, focusing on your core values helps you understand why you took a risk in seeking a goal in the first place. “I am a loving person—I make myself vulnerable and therefore can be hurt” is both more constructive and probably more accurate than “Someone hurt me, and the pain has no meaning.” It also balances the cost of experiencing failure with the reward of remembering the person you seek to be.

Some people face more losses and disappointments than others, due to luck, circumstances, judgment, or even a tendency to take a lot of risks. But no matter who you are, failure will find you. The question is not whether you will fail but how you will use your failures.

[Read: Go ahead and fail]

People who seek higher well-being find meaning and purpose in their setbacks, and thus get stronger and more effective in their aftermath. Thomas Edison gives us perhaps the greatest example of this attitude. Once, a young laboratory assistant despaired at having performed experiment after experiment without results. “No results?” Edison replied. “Why, man, I have gotten a lot of results! I know several thousand things that won’t work.” Whether you’re making a light bulb, applying for a job, or pursuing romance, this perspective on failure is the right one.

This article has been updated to clarify Xiaodong D. Lin’s faculty affiliation.