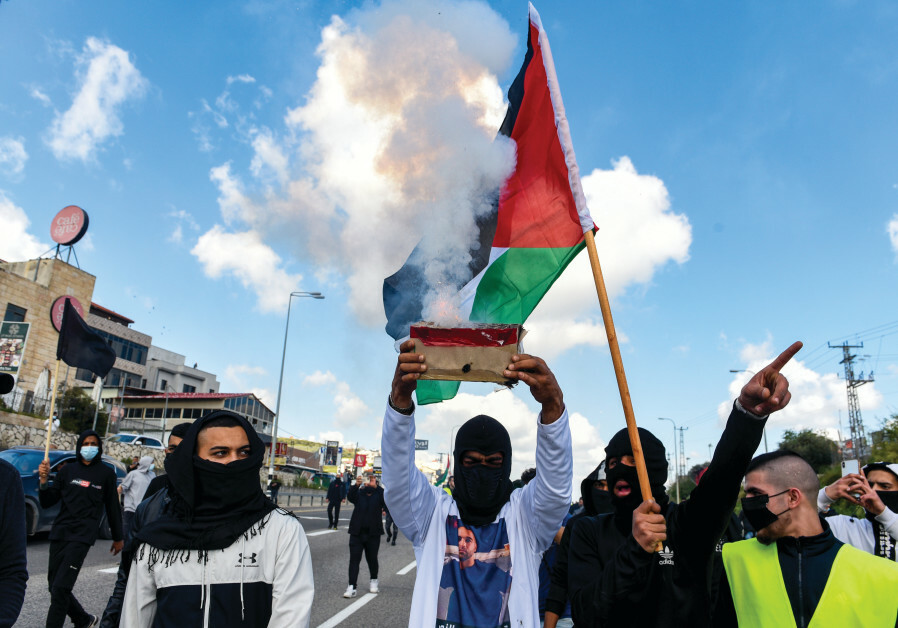 We must reverse the gravitational forces and generate a civility spiral to propel this community forward: fighting crime, which hurts us all; building infrastructure, which affects individual Arabs’ quality of life; and creating an Israeli-Arab civics that leans into the advantages Israeli-Arabs can enjoy as emissaries to our neighbors.

It’s triage – first, stop the bleeding. Finally, people are noticing the crime scourge in all its dimensions, from the murder and mayhem on the streets to the fear in people’s hearts, generated by brazen thugs, protection racketeers and violent relatives resorting to fists and guns, not words and reason.

Recent American history has shown: we can fight crime effectively. Mafias can be broken (in the Jewish and Bedouin sectors, too). Murder rates can be lowered. Cities can be made safe. While tapping our own considerable expertise in security matters, Israel should consult with the legendary “broken windows” policer William Bratton. You battle crime top-down and bottom-up.

Bottom-up, you show zero tolerance for the little offenses. Petty crimes are gateway crimes, empowering little criminals to become big criminals, transforming part-timers into lifers. Petty crimes are also lifestyle violations, assaults against public decency, civic order, every citizen walking outside or sitting at home. We must empower – and educate – our police to calmly, diplomatically but sternly fight juvenile crime and seemingly minor offenses, ranging from littering to vandalism, to restore faith in the system and safety on the streets.

Massive infrastructure improvements must reinforce this domestic war. Beyond improving the permit process so Arabs can build, beautify and expand homes, their cities must be cleaned, upgraded, modernized, extended. Consult Moti Sasson, the magical mayor of Holon, and other municipal turnaround artists, in Israel and abroad, who saved their cities.

Added bonus, this could be a wonderful Israel-Diaspora initiative, perhaps headed by Michael Bloomberg, who revived a brutalized, traumatized, post-9/11 New York. He helped revitalize its economy, clean its streets, lower its crime rates and change its tone, transforming New York’s story from one of decay to one of progress.

Every day, thousands of American, British, Canadian and Australian Jews work on improving their cities through Jewish communal initiatives in their federations and through municipal, NGO and academic initiatives. Let’s tap their collective experience and expertise to import and adapt practical suggestions.

I defy anyone to visit Nazareth, for example, and leave without being charmed yet overwhelmed by all the work there is to do. Nazareth could be a jewel of the Galilee, with some leadership, some investment, some philanthropy, and much goodwill.

Start with the streets. Repave them. Clean the garbage and rubble. Then name them, too, properly but sensitively. Arab cities do not need Zionist names like Herzl Boulevard and Jabotinsky Street. And while I would be bold and name streets in Nazareth after Jesus, and streets in other Arab towns after local Arab heroes and historic moments, it’s probably shrewdest to start with safe names. Base some on directions like “Bethlehem Road” to the south or on nature like “Mountain Boulevard” if you’re heading to the hills.

THE STREET NAME conundrum exposes the deeper issue that Jews – and most Arabs – sidestep.

For 73 years, Arabs have lived in identity limbo. Initially, too many of them were delusional, considering their situation temporary, awaiting the state’s collapse, and therefore refusing to formalize symbols of permanence, like clear street names rather than confusing numbers. And too many Jews were insecure, so busy Zionifying public spaces they did not realize that encouraging a strong Israeli-Arab identity stabilizes the broader Zionist project.

The excitement around the high percentage of Israeli-Arabs in higher education and in medicine, combined with the Abraham Accords, should shake us all out of our torpor. The corona crisis demonstrated how much all Israelis share a common fate, and how many Israeli-Arab medical heroes fought the plague. The next generation of Israeli-Arabs should be trained to help fill Israel’s growing shortage of computer techies and to be the living bridges to the UAE, Bahrain and elsewhere.

This shift requires an education revolution on many fronts. Beyond improving schools and teaching skills, we must reconceptualize, appreciating how lucky Israel is to have a core of Israelis fluent in Arabic, ready to normalize relations with those neighbors who have already started a genuine peace process and those who, inevitably, will catch up.

In short, Arabs in Israel should mimic the best kinds of American Jews – proud of their own distinct identities, highly skilled, extremely ambitious, and civic-minded, loyal to the country in which they were born and to which they contribute so much.

Let’s be clear. A civility spiral, like the Abraham Accords’ Peace More dynamics, is not a PR move. It will not improve Israel’s image: the haters hate us because they are hateful. But it will improve the lives of millions while doing wonders for Israel’s soul.

The writer is a distinguished scholar of North American history at McGill University and the author of nine books on American history and three on Zionism. His book Never Alone: Prison, Politics and My People, coauthored with Natan Sharansky, was published by PublicAffairs of Hachette.