How to stop spiders entering your house during autumn mating season 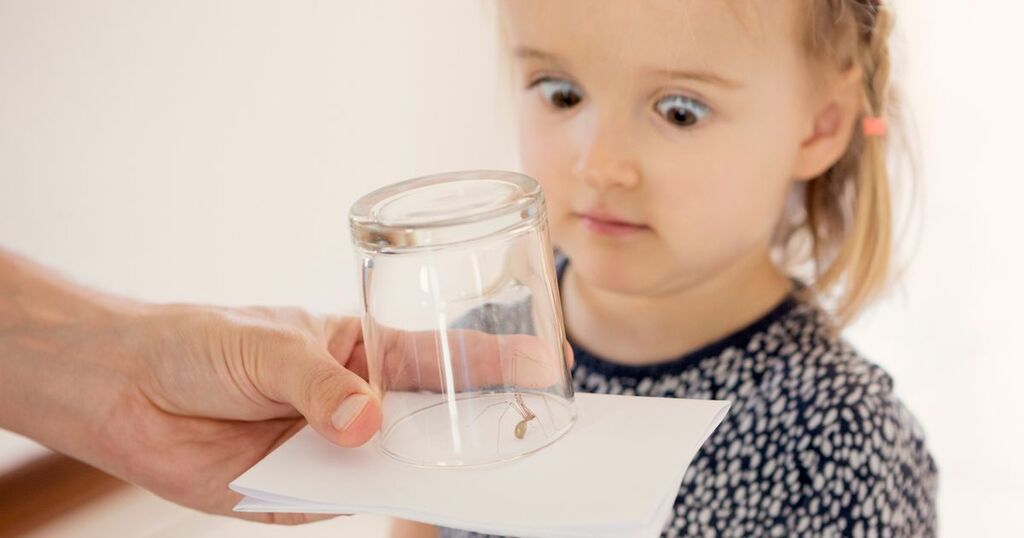 It's spider mating season, which means you might notice more eight-legged housemates, and while they can do you no harm lots of people suffer from arachnophobia and would not see them scuttering along the carpet.

According to experts spiders become more noticeable this time of year because they are looking for a mate and have grown fat with eggs.

WalesOnline has previously spoken to Dr Geoff Oxford, a spider expert at the Department of Biology at the University of York, who explained. He said: "There is a reason why people think that they are coming inside this time of year.

"When male house spiders are inside the house, most of the year they stay in their web. They will be behind a wardrobe or under a sofa, they are stationary.

"Around this time of year they will go looking for a female. That is when people see them going across their carpets.

"Because people haven’t seen them before people think they have come in. They are looking for love!"

So is there a spider invasion this time of year? Apparently not.

"There is no invasion!" said Dr Ocford. "They are just more noticeable now. The idea of an invasion is total nonsense.

"The spiders in the garden have mated this time of year and they will grow fat with eggs. It is not that there are more of them they are just a lot more obvious.

"The claim you always see [at this time of year] is that large house spiders will come inside.

"They can live inside and outside perfectly happily. There is plenty of shelter under plant pots and in sheds. There is no reason for them to come inside."

How can you keep spiders out of your house?

You can try sealing up cracks in your house to try and keep them out but realistically in summer when you open windows they will come in.

A good thing you can do is put things in your house that create smells spiders don't like such as vinegar, citrus, eucalyptus, and peppermint, as spiders don’t like any of these smells.

You can peel lemons and oranges and leave the peel in places where spiders might like to hide to put them off, but replace it regularly as the aroma won’t last forever. You can also put down blocks of cedar wood as they also hate the smell of that.

So what sort of spiders can you expect to find in your house?

These are probably the ones that'll make you jump a little.

They are actually the biggest of Britain's spiders with some having the potential to reach a whooping 12cm in size.

The creepy-crawleys are known for making big webs that can last for years.

Money spiders can usually be identified from their small bodies - they usually measure no more than 5mm but their legs can be rather long.

They often hang upside down under a sheet web and their webs can normally be spotted in bushes or shrubs.

During mating season, you may also see them making themselves comfortable in the corners of homes but they're harmless little things.

More commonly known as Daddy Long Legs, cellar spiders are large and a bit off-putting as they can grow up to 45mm.

You may not know this but you don't often see them outside. They much prefer to hang out in their webs in warm corners of cupboards and ceilings.

Like most common spiders they're harmless but they're known for eating many other spiders along the way.

People are known to mistaken these little ones for false widow spiders but they're a bit different.

They have longer bodies and also have shorter and thicker legs.

They're known for making their way indoors during the autumn to look for a mate - especially if there's been a lot of rain and they've lost their home as a consequence of wet weather.

Although they're small the little spiders also have the potential to bite, but they're not thought to be aggressive.

The false widow is nocturnal and generally spends the daytime sleeping inside a crack or hole near its web.

They like environments that are dry and warm as they don't like being disturbed, which is often what attracts them to people's homes.

Even though they are more likely to be spotted outside, they also like to perch themselves under toilets, fridges and washing machines.

The spiders have been known to bite people in the past and some awful horror stories have emerged, but they are usually not known to attack unless you sit on one or one gets trapped within your clothes.